A Parole Board Recommended Julius Jones’ Death Sentence Be Commuted. A Week Later, His Execution Date Was Set 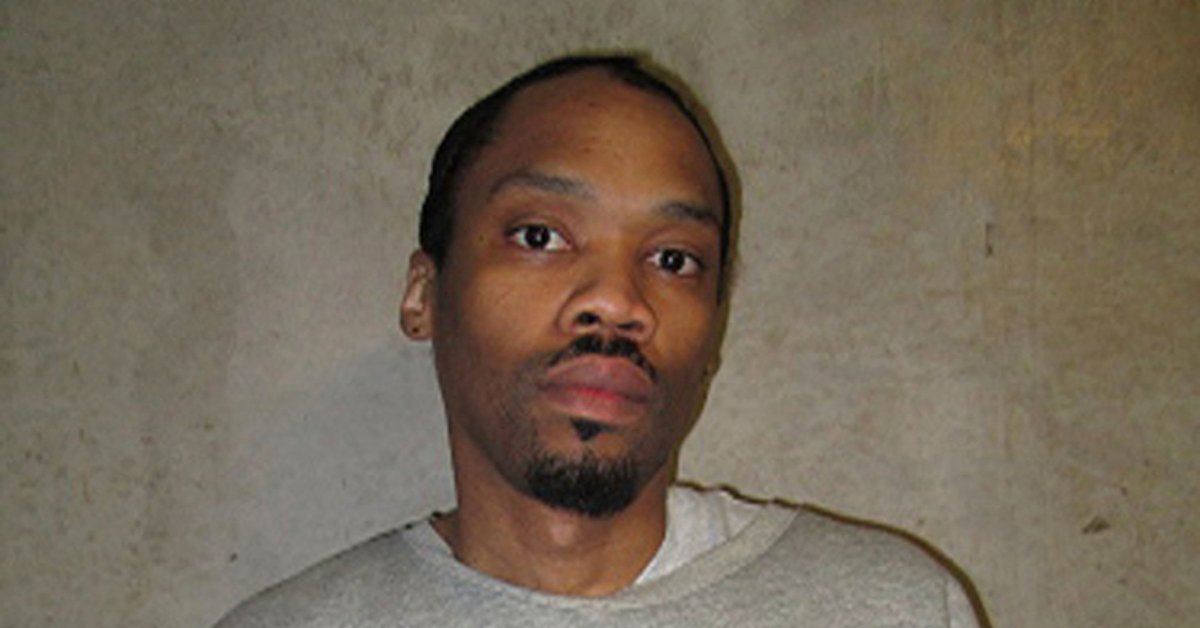 Julius Jones, a Black man on death row in Oklahoma having been charged with murder in 1999, is scheduled to be executed on Nov. 18, despite the state’s parole board recommending that his sentence be commuted.

Jones’ legal team is now awaiting the decision of Gov. Kevin Stitt after the Oklahoma Pardon and Parole board made their recommendation on Sept. 13. (In a 3-1 vote, the board ruled that Jones’ death sentence should be commuted to life in prison.)

“Personally, I believe in death penalty cases there should be no doubts. And put simply, I have doubts about this case,” Board Chairman Adam Luck said at the hearing.
[time-brightcove not-tgx=”true”]

Rev. Cece Jones-Davis, a leader with the “Justice for Julius” movement, says that the potential execution date—which was originally requested to be Oct. 28 by Oklahoma’s Attorney General—”underscores” the gravity of the stakes at hand.

“We urge Governor Stitt to review the application in a timely manner and bring long-averted justice to this very tragic situation by accepting the recommendation of the Oklahoma Pardon and Parole Board,” Jones-Davis said in a Sept. 20 statement.

The crime that led to Jones’ sentence

Jones, 41, was convicted of the murder of Paul Howell, an Edmond, Okla. businessman.

Howell was shot and killed in his car—which was stolen shortly afterward—on the night of July 28, 1999 after pulling into the driveway of his parents’ home. His sister and two daughters were present at the scene. The police later received information pointing to Jones, who was a 19-year-old freshman at the University of Oklahoma at the time, and another man, Christopher Jordan, as the perpetrators.

At trial, Jordan testified against Jones—and as the state’s key witness. In his testimony, Jordan alleged that Jones was the shooter and that he was just the getaway driver. (Jones’ legal team alleges that Jordan was the actual culprit.) Jordan served 15 years and has since been released.

Attorneys for Jones say that he was at home having dinner with his family at the time of the murder, an alibi which his family has consistently supported. “Family members were prepared to testify that he was at home during the crime’s commission,” Dale Baich, an attorney currently representing Jones said in a 2019 op-ed for The Oklahoman. “However, neither they nor any other witness were called in Jones’ defense at trial.”

Howell’s sister told authorities at the time that the shooter was a Black man wearing a red bandana; prosecutors said that the police found a gun wrapped in a red bandana at Jones’ house. The day after the shooting, however, Jordan had spent the night at Jones’ house—and Jones believes that Jordan planted the weapon there, according to a Dec. 2017 commutation filing.

In the twenty-two years since his trial, Jones has maintained his innocence. His story was featured on the ABC documentary series The Last Defense in 2018, where the details of the case were explored. And as the case has garnered national attention as part of a larger movement raising awareness of prosecutorial misconduct and racial bias in the criminal justice system, further questions have been raised.

“As God is my witness, I was not involved in any way in the crimes that led to Howell being shot and killed,” Jones said in his clemency report. “I have spent the past 20 years on death row for a crime I did not commit, did not witness and was not at. I feel terrible for Mr. Howell and his family but I was not responsible.”

Howell’s family, meanwhile, said they were “devastated” by the board’s decision. “The truth is that 12 jurors found Julius Jones guilty of murdering Paul Howell,” a Sept. 13 statement released by the family reads, “and that courts have reviewed that conviction for the last 18 years.”

Since the release of the ABC documentary, the case has garnered support across social media and from celebrities, which has helped raise awareness for the case. Many have noted it as emblematic of systemic racism in the criminal justice system.

Powell’s murder was characterized by District Attorney Robert Macy in starkly racialized terms: that a Black man had killed a white man in a white neighborhood. Macy, whose nickname was “Cowboy,” was responsible for more death penalty convictions than any other prosecutor in the United States at the time of Jones’ trial, according to a study done by Harvard Law School.

Jones was found guilty by a jury comprised of 11 white people and one Black person. Reports and studies undertaken across the U.S. have found that race—and racial discrimination—plays a significant role in jury selection, particularly so in cases impacting people of color. And according to a 2019 petition filed by attorneys representing Jones to the Supreme Court, one of the 12 jurors in the case came forward in 2017 and said that another juror called the trial a “waste of time,” and said that “they should just take the n****r out and shoot him behind the jail.”

(Advocates for the Justice for Julius campaign also allege that an arresting officer called Jones a racial slur.)

Oklahoma County District Attorney David Prater has been very vocal about his beliefs that Jones is guilty, and has said that those seeking to have Jones’ sentence commuted have, “disseminated misinformation and lies regarding the trial and evidence,” according to Oklahoma news station KFOR. Earlier this month, he attempted to remove two parole board members from the commutation hearing, after accusing them of being biased because of their connections to advocacy groups that seek to reduce incarceration numbers. His motion was denied.

Jones is one of seven executions scheduled in Oklahoma over the next six months. These would be the first executions in the state undertakes since 2015, after several controversial executions by lethal injection were administered.

Gov. Stitt has final say on whether or not to commute the death penalty—and can take as long as he wants to make a decision. Stitt has not ruled on a death penalty case since assuming office in Jan. 2019, though he has commuted the sentences of hundreds of “non violent, low-level offenders” to reduce incarceration rates in Oklahoma.

If he doesn’t make a decision before Nov. 15, however, Jones will likely be put to death.

0 comments on “A Parole Board Recommended Julius Jones’ Death Sentence Be Commuted. A Week Later, His Execution Date Was Set”