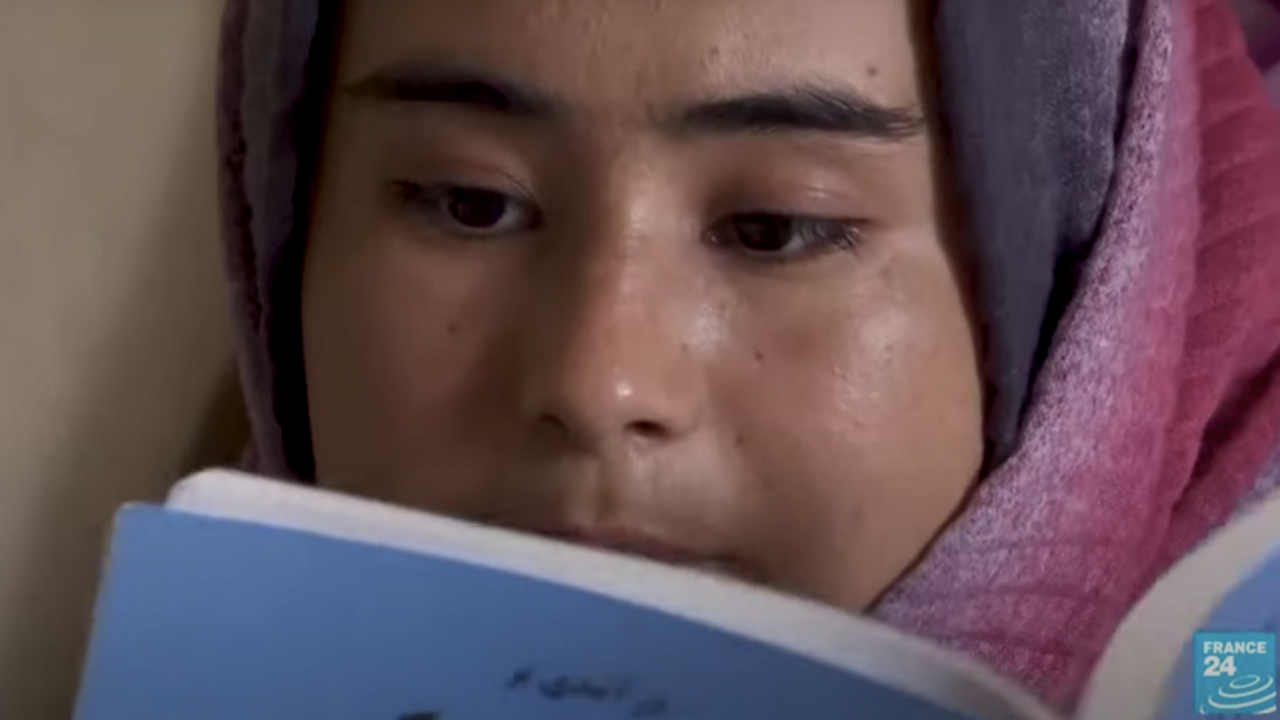 A female librarian in the city of Lashkar Gah, in Afghanistan’s Helmand province, hopes to revive the only library for women that was shut down amid the Taliban’s return.

It was mid-day on August 13 when 23-year-old health worker Homaira Nawrozi, who owned a library for women in Lashkar Gah, heard the news of Taliban entering the city.

She quickly closed her library. But when she returned with her brother the next day to take the books home, she found that all the widows had been shattered and some books were damaged.

Afghanistan‘s southern Helmand province, a longtime Taliban stronghold, has never been an easy place for women to work.

But Nawrozi still managed to save 48,000 afghani ($530) from her salary as a nurse in a local hospital to buy books and start the only library for the women.

She named her library after the Japanese aid worker, Dr. Tetsu Nakamura, who spent most of his life working on humanitarian projects in Nangarhar province, before he was killed by unknown gunmen in 2019.

Her collection of more than 800 books covers different subjects from women’s rights to children’s rights as well as Islamic and cultural books, in both Dari and Pashto.

Nawrozi used to charge readers a 10 afghani (15 cents) fee for borrowing a book, which they got to keep for one week.

Her initiative created an interest among many women in reading books.

She was heartbroken when her small library was damaged and closed after the Taliban took over the city.

Nawrozi says what concerns her the most now is not knowing whether she will restart the library again.

“Our society needs us now, not in a time when everything is stable… Right now, the women need us to give them a book to read at a time when the doors of schools are closed for them,” she says.

Nawrozi comes from the minority Shiite community of Afghanistan and was only two years old when her family moved from Ghazni to Helmand province.

Despite all the threats and challenges, she is still determined to stay in her country and work for her people, especially the women in her society.

“It would be very good if Taliban allowed me to restart and reestablish the female library for women because we need to have one such library,” Nawrozi  says.

Now, the only library in Lashkar Gah city is run by the provincial culture and information department, and all the visitors are men.

Helmand provincial media and information department director, Mawlavi Hamdullah Mudasir, said the library is open for all the people, but declined to comment on whether women could also visit.

In September, the Taliban raised their flag over the presidential palace, signaling the start of the work of the new government.

The world has been watching closely to see to what extent the Taliban might act differently from their first time in power, in the late 1990s.

During that era, girls and women were denied an education, and were excluded from public life.

The Taliban seized power on Aug. 15, the day they overran Kabul after capturing outlying provinces in a rapid military campaign.

They initially promised inclusiveness and a general amnesty for their former opponents, but many Afghans remain deeply fearful of the new rulers.