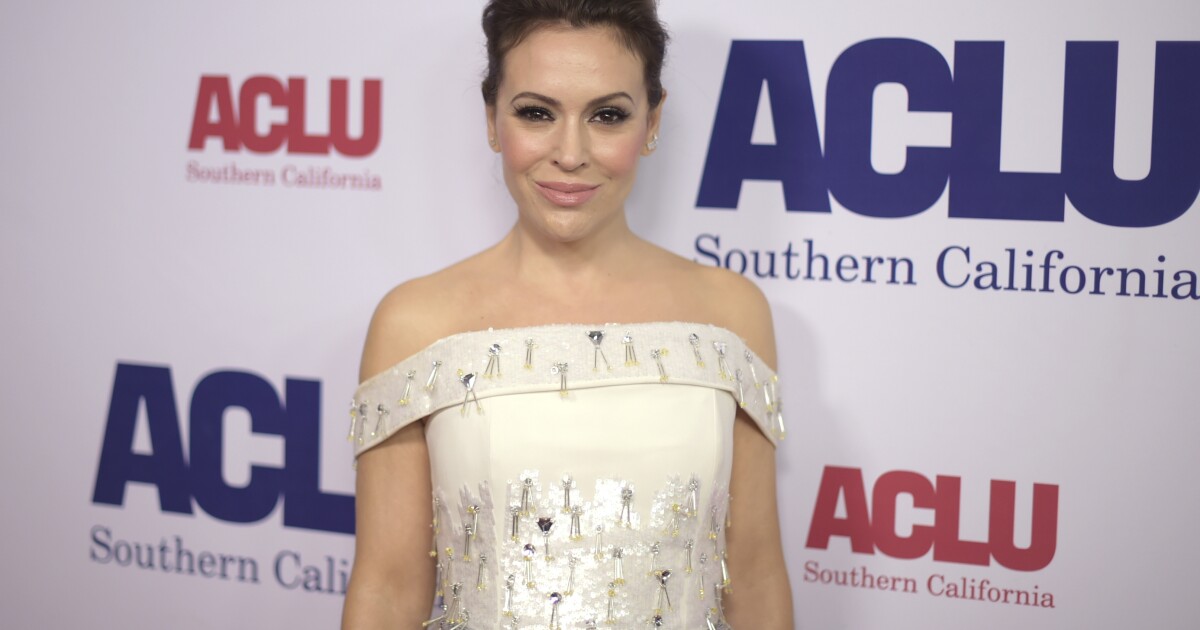 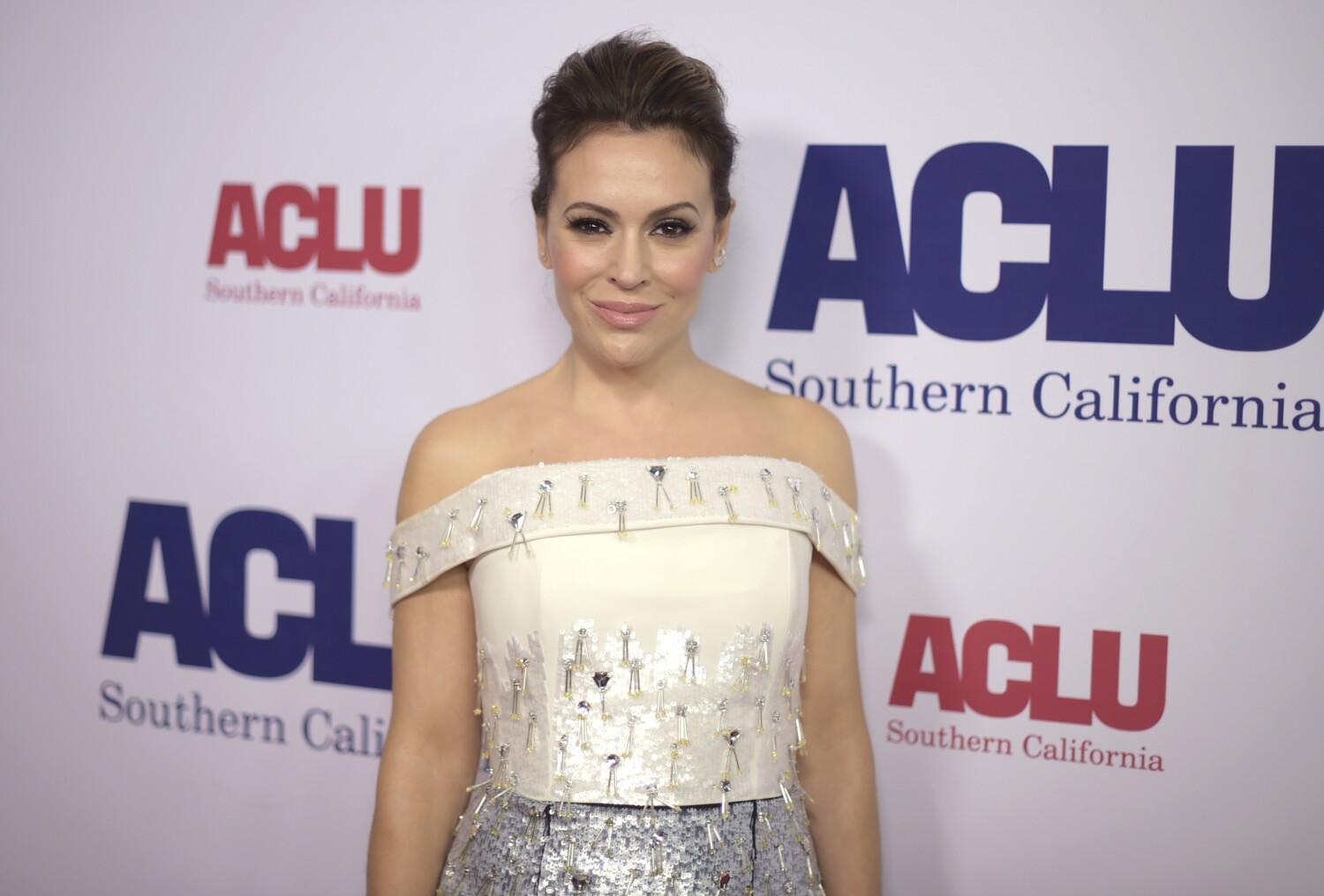 Actor and influencer Alyssa Milano led the charge against strict abortion laws in Georgia and Louisiana. Now the #MeToo activist is speaking out against what she’s dubbed the “Texas Taliban” for the state’s new abortion rules — calling it a “forced pregnancy” law rather than an anti-abortion law — and backing a Hollywood-driven boycott of companies that donate to Texas politicians’ campaigns.

“I don’t know if a Hollywood boycott would do much directly. But a Hollywood-driven boycott of companies which fund the campaigns of [Gov.] Greg Abbott and others like him might hurt more,” Milano told The Times in an email interview, the rest of which is below. “If unions refuse to shoot ads, or if those of us with big platforms use our voices against the dirty money that feeds this beast, it could be very effective.”

Milano noted that she didn’t want to cause any harm via boycotts to those already affected by the law and said she would follow the lead of “organizations led by women and people of color” on the ground in Texas.

The “Who’s the Boss?” and “Charmed” star also took to Twitter to protest the Texas Heartbeat Act, which went into effect Wednesday and was not put on hold by the U.S. Supreme Court in a decision that came down very early Thursday morning.

The broad act criminalizes abortions after a fetal heartbeat is detected, typically around six weeks of gestation, and gives individuals the right to file civil lawsuits for up to $10,000 against those who provide, seek or help a person procure an abortion.

It’s a long game, but Milano, who has previously mentioned the possibility of a congressional run, promptly blamed the law’s implementation on Trump-appointed Justice Brett Kavanaugh — whose confirmation she and many stars opposed in light of alleged sexual assault and misconduct testimony from Christine Blasey Ford and Deborah Ramirez. Kavanaugh voted with the 5-4 majority on Thursday’s unsigned decision, while Chief Justice John Roberts sided with the liberal minority.

Some creatives have already announced their departure from the Lone Star State in the wake of the law. Actress Rosanna Arquette tweeted that she “just turned down” a film she loves because it is shooting in Texas, and musician Jack Antonoff said that his Texas shows will “benefit abortion funds from now until when these laws are changed.”

The Times reached out to Milano for further comment about what she’s doing to fight the abortion law. The email interview that follows has been edited for length and clarity.

You were one of the most prominent Hollywood voices when it came to responding to the 2019 Georgia fetal heartbeat law. Of course, that was struck down as unconstitutional. What do you think the impact of the signed statements from your group and from the WGA was, if any?

Those of us in the entertainment business are often afforded a large platform. The work we did in Georgia showed the effectiveness of that platform — and we saw that translate in the 2020 elections. Some of that work helped energize voters who were already being courted by [voting-rights organizer] Stacey Abrams and the remarkable get-out-the-vote efforts in that state. It brought national attention, and national money, to fight against some of the terrible things that continue to happen there.

What were your takeaways from that experience?

Now, to be clear, I’m not at all taking credit for the wins there — that credit belongs to Georgians — but I think we did help bring money and attention and energy from outside the state and maybe moved the needle a bit. I think it also signaled to other states who might be thinking about enacting abortion bans — but who want to court the huge economic power of the entertainment industry — that they won’t be able to do so without consequences. You can’t oppress women on the one hand, and profit off us on the other.

Film and TV production in Texas is a very different animal than in Georgia, where it has brought in as much as $9.5 billion to the state economy. Do you think the threat of a Hollywood boycott would have much of an effect in Texas? Or might it strengthen their politicians’ “us-versus-them” rhetoric?

Their “us-versus-them” rhetoric is baloney, and everyone knows it. They know it. The “us-versus-them” is a few rich white men in power, who are pathetically trying to hold onto that power by oppressing people that they perceive as a threat — women, people of color, new citizens, aspiring Americans. They’re trying to shift the blame away from their wrongdoing, but the entire world is smarter than that, and we see what they’re doing.

I don’t know if a Hollywood boycott would do much directly. But a Hollywood-driven boycott of companies, which fund the campaigns of Greg Abbott and others like him, might hurt more. If unions refuse to shoot ads, or if those of us with big platforms use our voices against the dirty money that feeds this beast, it could be very effective.

That said, I don’t want to hurt the people who are most affected by these new laws. If a boycott of a gas company results in cashiers being laid off while the CEO takes another bonus, that’s not a good outcome. So I’ll follow the lead of organizations led by women and people of color on the ground in Texas.

Have you heard anything, or are you planning anything by way of a Hollywood response, to this law?

We are angry, and rightfully so. I don’t want my name or likeness — or any tax revenues derived from my work — to fund this Texas Taliban. But like I said, I also don’t want to hurt people already suffering from these evil laws.

While the Texas-led responses are forming, I think we can be very effective in fighting against the filibuster [which would likely block Roe v. Wade from being codified] and for court reform at the federal level. Democrats won a united government, and it’s past time we used it. The president needs to flex all of his muscle to end the filibuster. [Senate Majority] Leader Chuck Schumer needs to get his caucus in line and get it ended. The few Democrats who are holding out need to stop being the enemies of progress.

Once we get rid of the filibuster, we can expand the court and undo the real harm [Sen. Mitch McConnell] and Trump did to our country. We can enact federal laws which protect women’s right to our own bodies. We could enact the John Lewis Voting Rights Advancement Act, adopt the Equal Rights Amendment, and pass the Violence Against Women Reauthorization Act. All of these will make a real difference in Texas and everywhere else.

What would be the ideal response from Hollywood?

I think getting the entertainment industry united and loud in pushing for immediate federal reform and relief will protect women everywhere in America.