Are the Czech Social Democrats locked in a death spiral? 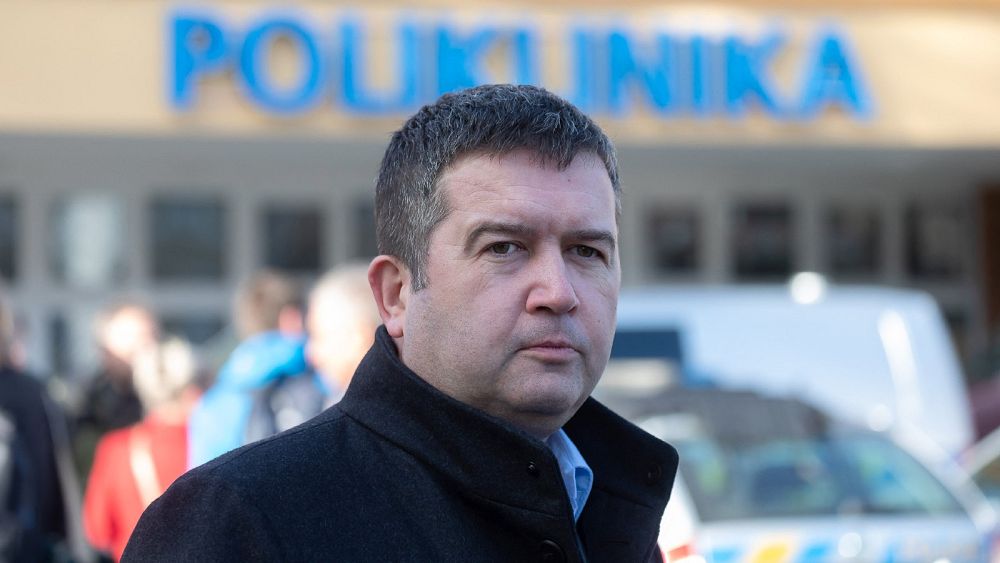 Not so long ago, the Czech Republic”s centre-left Social Democratic Party (CSSD) was an electoral force to be reckoned with. At the six general elections after the formation of the new state in 1993 and up until 2017, it came first on four occasions and took the second spot at the rest.

Despite being the oldest surviving political party in Czech lands, its popularity has nose-dived since 2017 and at the upcoming general election on October 8 it could fail to win any seats in parliament.

According to the latest opinion polls, it currently has between 4-5% of the vote share, a slight improvement from surveys earlier this year but still below the 5% threshold needed for parties to return candidates to the Chamber of Deputies, noted Jiri Pehe, a political analyst and a director of New York University´s Prague campus.

When times were happier for Czech Social Democratic Party

At the time of writing, there’s still two weeks of campaigning left for the CSSD, which has been the junior member of the coalition government since 2018.

But its current crisis is a far cry from almost a century ago when at the first general election of independent Czechoslovakia in 1920 it picked up a quarter of all votes and became the dominant party over the following two decades.

The CSSD dates its formation back to 1878 when it became the Czech contingent of the Social Democratic Party of Austria under what was then the Habsburg Empire.

The party has known its fair share of strife. It was outlawed after the Nazi occupation of Czechoslovakia in early 1939. And although it regained its prominence as part of the National Front that governed from 1945 until 1948, it was then forcibly incorporated into the Communist Party of Czechoslovakia.

Following the end of communism in 1989 and the breakup of Czechoslovakia in 1993, the Social Democrats returned as one of the two grand parties of the Czech Republic, alongside the centre-right Civic Democratic Party (ODS).

Since 1993, five of the 12 Czech prime ministers have come from the centre-left party and it has typically been part of successive coalition governments.

It lost six seats at the 2013 general election but still finished first and became the dominant member of a three-party coalition government. However, at the 2017 general election, it came sixth, winning just 15 seats in the 200-member parliament, down from 50. And it achieved just 7.3% of the popular vote, compared with 20.4% at the 2013 ballot.

The CSSD lost all four of its seats in the European Parliament at the 2019 European election, at which it took just 3.9% of the popular vote. It was a similar story at last year’s regional elections at which it lost 88 seats, meaning it now controls just 37 out of the 675 local seats.

In part, the fading fortunes of the CSSD are consistent with the collapse of social democratic parties across Europe over the past decade.

In France, the centre-left Socialist Party has seen its popularity winnow to near historic lows since the 2017 legislative elections.

At Britain’s 2019 general election, the Labour Party suffered its worst defeat since 1935.

A notable exception is Germany, where the Social Democratic Party is currently leading in the opinion polls ahead of federal elections on Sunday (September 26).

Theorists ascribe numerous reasons for the downfall of Europe’s social democrats: the rise of populism; distrust in establishment politicians; post-industrialisation; shifting views of class; and globalisation.

However, while social democratic parties have faded in the European polls, social democracy as a concept remains as popular as ever, analysts say.

As the theory goes: new parties have adopted the economic policies of the social democrats but more successfully commingled these with cultural issues, from immigration and Euroscepticism to environmental and progressive politics.

This appears to have been the case in the Czech Republic. The now-dominant ANO party — the CSSD’s current coalition partner and a frontrunner in the polls ahead of the October 8 election — began life in 2011 as a centre-right party but around 2015 transformed itself into a “leftist populist movement,” said Pehe, of New York University´s Prague campus.

To swell its voter base, Pehe explained, ANO successfully set out to convert the CSSD’s electorate: older, less-educated people from small towns and villages.

“Both CSSD and ANO target the same electorate, left-leaning mostly elderly voters in the countryside,” agreed Ivana Karaskova, from the Association for International Affairs in Prague.

Ahead of the polls, Prime Minister Andrej Babis of ANO has spent the last few months boasting of his government’s social democratic credentials, including raising pensions and the minimum wage, as well as making improvements in other social benefits, which are all attractive policies for the CSSD’s once-loyal voter base.

“Babis has presented social policy achievements as not only the result of his government led by ANO but also as a result of his personal intervention,” Karaskova said. “This easily outshined the CSSD, which has taken part in the government.”

Not only has the CSSD lost supporters to ANO, it has also seen its traditional voters siphoned off by the far-right Freedom and Direct Democracy (SPD), said Lubomir Kopecek, a professor of political science at Masaryk University.

According to the latest opinion polls, the SPD controls around 9-11% of the popular vote.

“The SPD successfully plays the migration and refugee card, and many left-wing voters are afraid of migrants and refugees,” Kopecek said.

Why are Czech Social Democrats struggling?

But the Czech Social Democrats are also alleged to be makers of their own misfortune. The party’s attempts to modernise and attract younger voters have been unsuccessful because its members are predominantly older and conservative, said Pehe.

On top of that, supporters of former CSSD leader Milos Zeman, now the Czech president, have thwarted attempts at modernisation.

“The CSSD has remained quite nationalistic and xenophobic with regard to foreigners and migrants, but Babis and the extreme right are better equipped to attract voters with nationalist feelings,” Pehe said.

The party is also deeply split. Many of the divisions still stem from the CSSD’s controversial decision in 2018 to enter a coalition deal with Babis, who was dogged by corruption accusations. Babis’ first attempt at forming a minority government after the previous year’s general election failed to get parliament’s backing.

Jan Hamacek — who became the CSSD leader in early 2018 and has served as Interior Minister ever since — cuts a controversial figure.

Since 2018 the party’s membership has been divided on key issues, from migration to foreign policy, with Hamacek reportedly keen to foster closer ties with Russia and China, both explosive topics in Czech politics.

Tensions came to a head in April this year when then-Foreign Minister Tomas Petricek led a leadership challenge against Hamacek within the CSSD. Although Hamacek won a party ballot, it did nothing to quell the party’s internal divisions nor improve his damaged image.

In the run-up to the October 8 general election, there have been internal clashes over the CSSD’s candidate lists, while personal attacks among the party leadership have leaked to the media, which Kopecek describes as being “fatal for the party’s image”.

Worse, Hamacek has been barely visible during the election campaign and there are rumours that he now drinks a lot, said Kopecek.

The CSSD’s slump in popularity is a key factor as to why some pundits reckon that the Czech Republic could be heading into a post-election stalemate, even a constitutional crisis, next month.

Although currently ahead in the polls, ANO is unlikely to win enough seats to form a government by itself. If the CSSD fails to take enough votes to even enter parliament or loses seats, it could scupper the current coalition arrangement between the two parties, leaving ANO in search of new partners.

But the two new electoral alliances formed by the largest opposition parties have said they won’t do a deal that returns Babis as prime minister, and they could try to form a government by themselves. The far-right SPD has also said it would reject a pact with Babis. It isn’t yet clear whether the other smaller parties will gain enough votes to win parliamentary seats.

Since taking power in 2017, Babis has been beset by corruption accusations relating to his Agrofert business empire, one of the country’s biggest conglomerates. The largest protests since the downfall of communism were held in 2019 over alleged graft by Babis, now thought to be the country’s richest person.

In April, a European Commission audit found Babis had breached conflict of interest over his control of trust funds linked to Agrofert, charges he rejects. The EU is also investigating alleged subsidy fraud of his firms. Similar inquiries by Czech investigators have stalled but could restart if Babis loses power next month, which ups the electoral stakes for the current prime minister.

Complicating matters further, President Zeman has already made it known that he doesn’t like the two large coalitions that formed earlier this year and has said that he will allow the largest party — not electoral alliances — to try to form a government post-election.

Even if the Social Democrats win seats in parliament, it’s by no means clear another ANO-CSSD coalition could control a majority in the lower house. After 2018, it depended on the informal backing of MPs from the Communist Party of Bohemia and Moravia (KSCM) to have a slight majority.

As such, the Czech Republic could be heading towards months of political instability. The Social Democrats’ collapse in support is not only a result of the fragmentation of Czech politics over the past decade but also a cause for much of this uncertainty.

0 comments on “Are the Czech Social Democrats locked in a death spiral?”