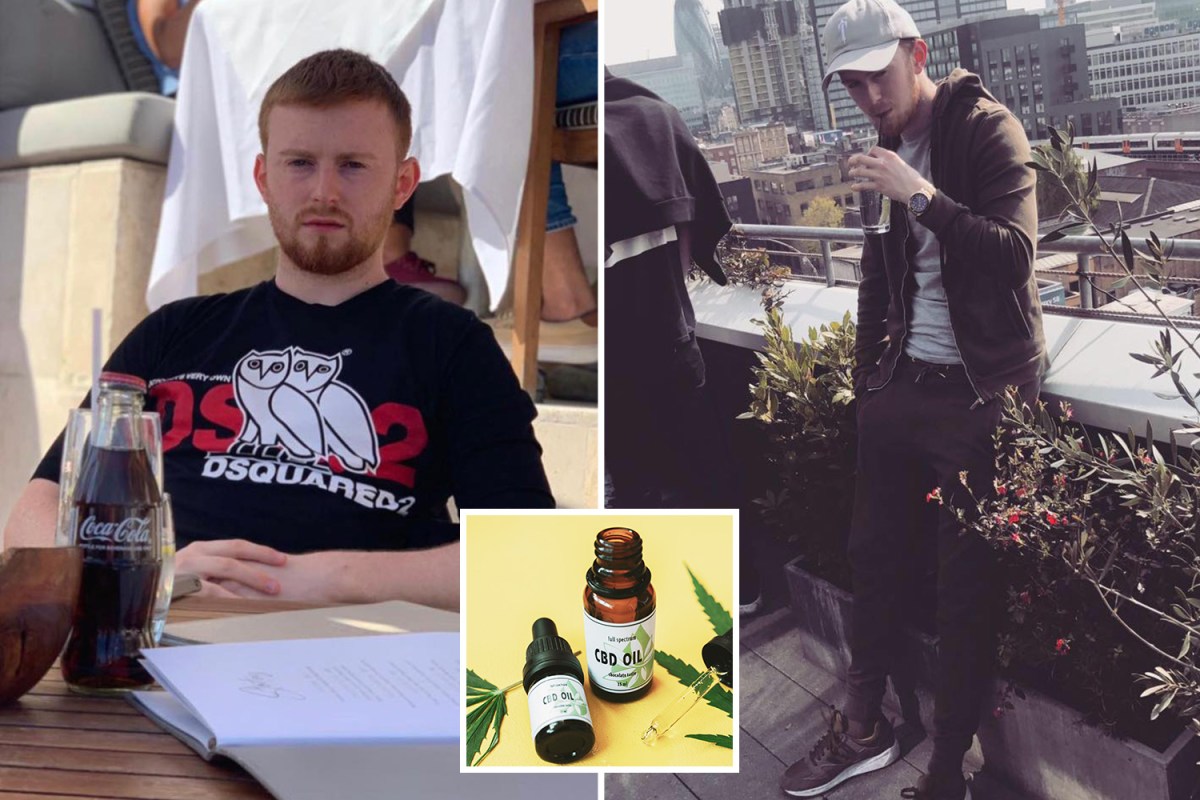 A BRITISH football coach based in Dubai has been jailed for 25 years after being found with four tiny bottles of harmless CBD vape oil.

Police searched Billy Hood’s apartment and car after a rogue drugs tip, but instead officers found only cash and the oil.

Vaping CBD oil is legal in the UK and has become extremely popular – typically used to relieve pain, anxiety or stress.

But because it contains trace elements of THC – the main psychoactive compound found in cannabis – Billy, 24, was arrested and thrown in prison under the UAE’s medieval drug laws.

After his arrest on January 31, campaigners say Billy was forced to sign a false confession written in Arabic admitting to the more serious offenses of selling and trafficking the oil.

And last week shocked Billy, from Ladbroke Grove, London, was found guilty and sentenced to 25 years in prison.

Heartbroken Billy’s mum Breda, told The Sun: “I don’t think there’s a word in the dictionary that describes the pain I’m going through.

“I can’t talk about it without tears forming in my eyes. It’s too hard to take in.

“The odd time he tries to phone… we love him so much.”

Former semi-pro footballer Billy, who used to play for Kensington & Ealing Borough, had been in Dubai coaching kids’ football and his family say he has never touched drugs.

Breda, 55, said: “This is not our Billy, he is 100 per cent innocent. There has been no help from the embassy. We have been in touch with them non-stop. I’ve contacted them every day. The most I’ve got from them is that ‘he’s ok’.”

In a statement through his lawyers, Billy said he had just moved to Dubai and was arrested when he went to get something from his car.

“They jumped out to arrest me, handcuffed me. One officer jumped out and pointed a taser at me, threatening to use it if I didn’t cooperate,” he said.

“They demanded to show them where the drugs are. I was shocked, scared and confused. I told them I wasn’t aware or in possession of any drugs or substances.”

The police had told Billy they were interested in him because of something they had seen on social media.

Convinced they had the wrong man, Billy allowed officers to search his apartment and car and submitted to a drugs test which came back negative.

Officers found a few thousands pounds in cash in his apartment which Billy says was money from his new employer while he set a bank account up.

They then searched his company car and found four 5ml cartridges of CBD vape oil and a vape pen in the car door.

Billy explained that his friend from England had visited a few weeks earlier and he must have left the CBD oil in the car while on the way to the airport.

His explanation fell on deaf ears and he was taken to Dubai’s CID headquarters.

It’s claimed the police then pressured the Brit into signing a written confession in Arabic.

Detained in Dubai, a charity that helps Westerners who are slapped with long and unjust sentences in the UAE, is helping Billy’s family.

Founder and CEO, Radha Sterling, told The Sun: “He was arrested and accused of trafficking, selling and being in the possession of CBD oil, which is illegal in the UAE.

“He had been in prison for four days and was forced and coerced into signing a confession, which is commonplace in Dubai.

“Being in possession of CBD oil would be a very very small sentence, possibly a few years maximum, but because they’ve added trafficking and selling in there it has become 25 years.

“The only evidence is the confession which was in Arabic and he didn’t know what he was signing.

For me to be accused of promoting and selling drugs in a country that has the same beliefs and values as me is very upsetting as it affects my future.

“Billy only had a very small amount of the CBD oil, but within the oil there are microscopic trace elements of the active ingredient THC and that’s enough for a conviction.

“It’s incredible, 25 years for having an oil that can’t even get you high, it’s extreme.”

Radha says a lawyer for Billy will lodge an appeal and her organisation plans to lobby the British government for help in a bid to have the sentence overturned.

Terrified Billy added in his statement: “I do not smoke vape pens, cigarettes or even shisha.

“For me to be accused of promoting and selling drugs in a country that has the same beliefs and values as me is very upsetting as it affects my future.”

A Foreign & Commonwealth Office spokesperson said: “We are giving consular support to a British man who has been imprisoned in the UAE.”

There is zero tolerance for drugs-related offences in the UAE.

The penalties for trafficking, smuggling and possession of drugs (even residual amounts) are severe.

Sentences for drug trafficking can include the death penalty and possession of even the smallest amount of illegal drugs can lead to a minimum four-year jail sentence.

Billy’s family has set up a GoFundMe page which has so far raised almost £11,000.

Grandma, 69, suing Disney after she was ‘wrongly arrested’ for having CBD oil in her purse