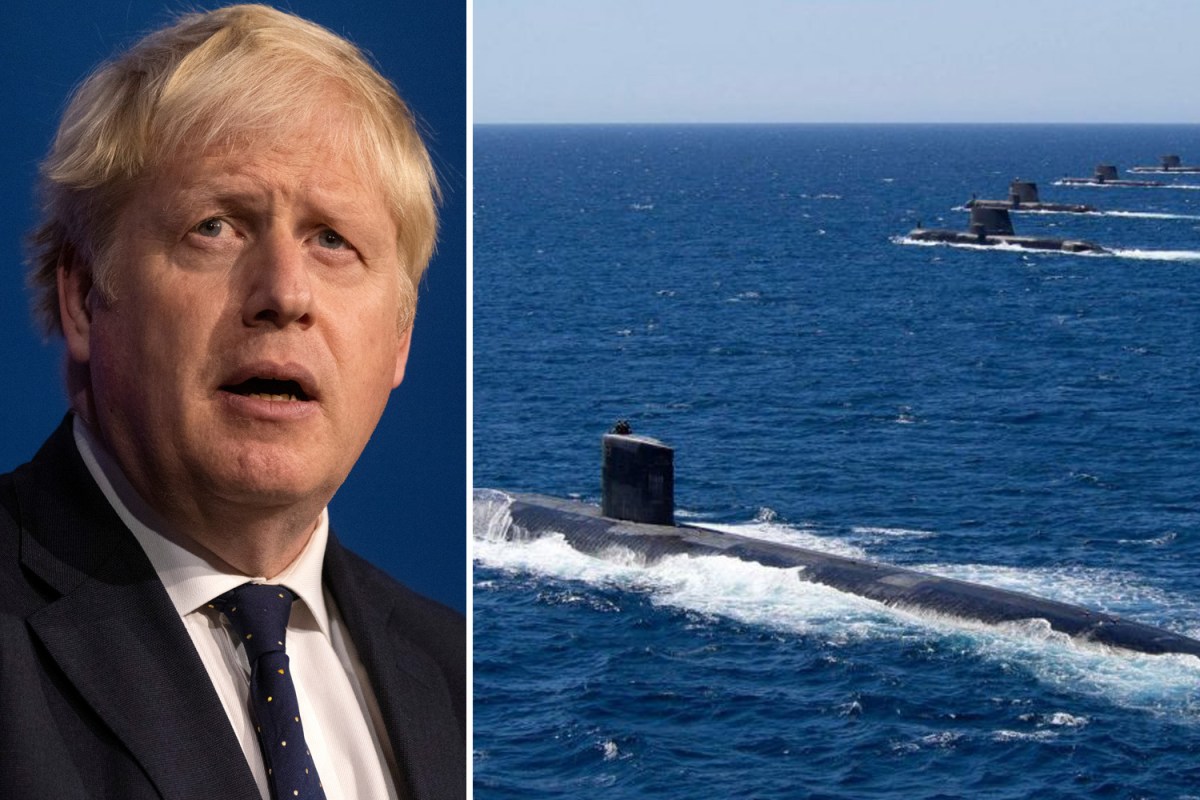 BRITAIN and the US last night hailed a deal to help Australia build nuclear-powered subs to combat Chinese aggression.

The AUKUS defence alliance will share nuclear secrets to give Australia its first fleet of the vessels.

They are faster and can stay submerged longer than Australia’s current diesel-electric Collins-class fleet.

The move is likely to enrage French ministers as reports Down Under last night claimed that a £48billion deal with France for 12 non-nuclear subs would now be scrapped.

PM Boris Johnson is expected to sign the UK up to AUKUS next week alongside US President Joe Biden and Australian PM Scott Morrison.

Mr Johnson said the partnership, between “natural allies” with shared interests and values would be “increasingly vital for defending our interests in the Indo-Pacific region”.

It comes amid growing global concern over Chinese territorial ambitions in the Asia-Pacific region.

Tensions include Beijing’s stance on Taiwan and areas of the South China Sea.