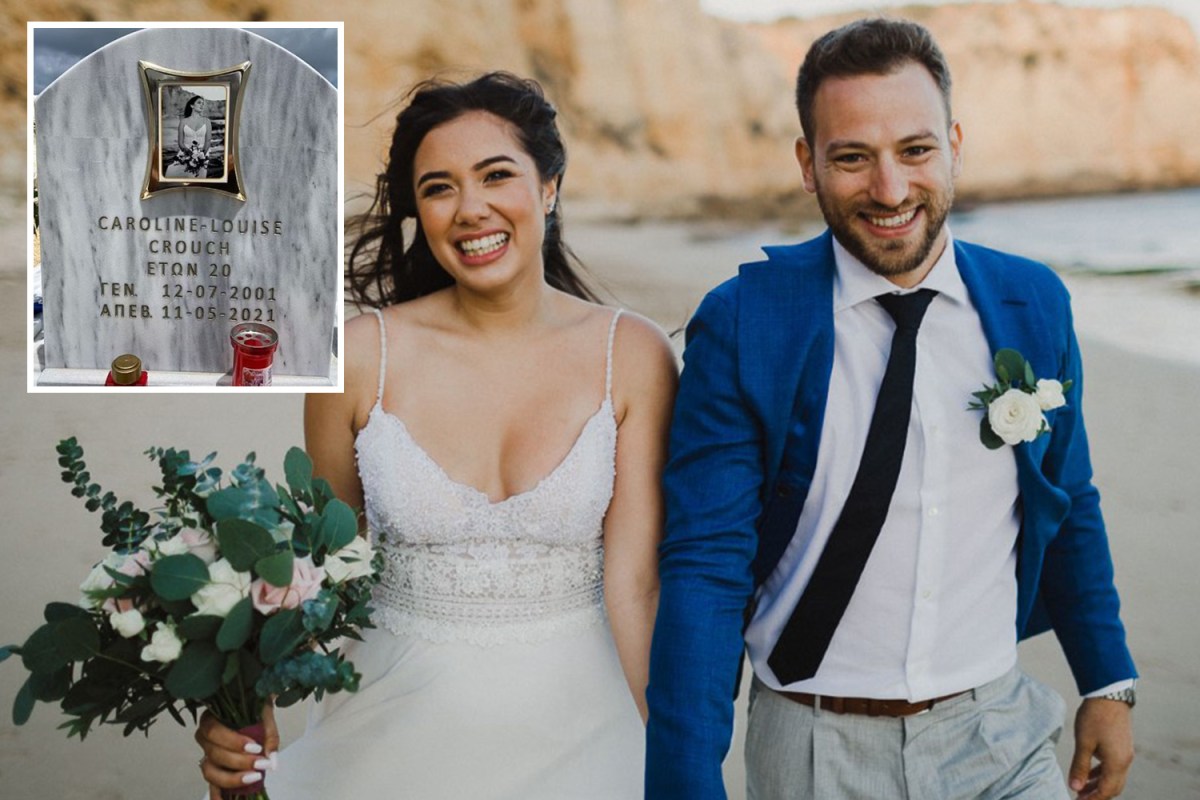 THE distraught parents of Caroline Crouch have changed their daughter’s gravestone in a bid to erase all memory of her killer husband.

The 20-year-old Brit mum was brutally strangled by her husband Babis Anagnostopoulos in May at the couple’s home in Glyka Nera, Greece, in a horrific crime that shocked the country.

The helicopter pilot initially faked an elaborate burglary plot and played the role of the grieving widower.

He later confessed to murdering his wife when she threatened to leave him and take their baby daughter Lydia with her.

And now her mourning parents have decided to erase any mention of the killer – by removing the word “wife” from Caroline’s gravestone.

The new white marble plaque on the mum’s grave at the Greek island of Alonissos, now reads: “To our much-loved mother and daughter.”

David and Susan had vowed to change the tombstone after Anagnostopoulos admitted to smothering Caroline to death in front of their 11-month-old daughter.

For a total of 37 days the UK-trained pilot had misled cops claiming his wife had been murdered by burglars who had kept him tied and blindfolded before putting a gun to his baby’s head and demanding money.

He spent 38 days maintaining the charade, including hugging Caroline’s mum at her memorial.

The shameless killer was finally arrested during Caroline’s memorial service.

He confessed to the student’s murder after an eight-hour interrogation in the homicide department of Athens’ police headquarters.

Over the summer hundreds of people visited Caroline’s grave and paid their respects.

“All summer people have stopped by the cemetery and lit a candle and left a flower at her grave,” the island’s mayor Petros Vafidis told Sun Online.

“Caroline grew up here, she was much loved and is now greatly missed.”

Caroline’s parents have been granted full custody of one-year-old Lydia who they want to bring up on Alonissos.

A family court is expected to issue a final judgment on whether they can keep the child on October 7.