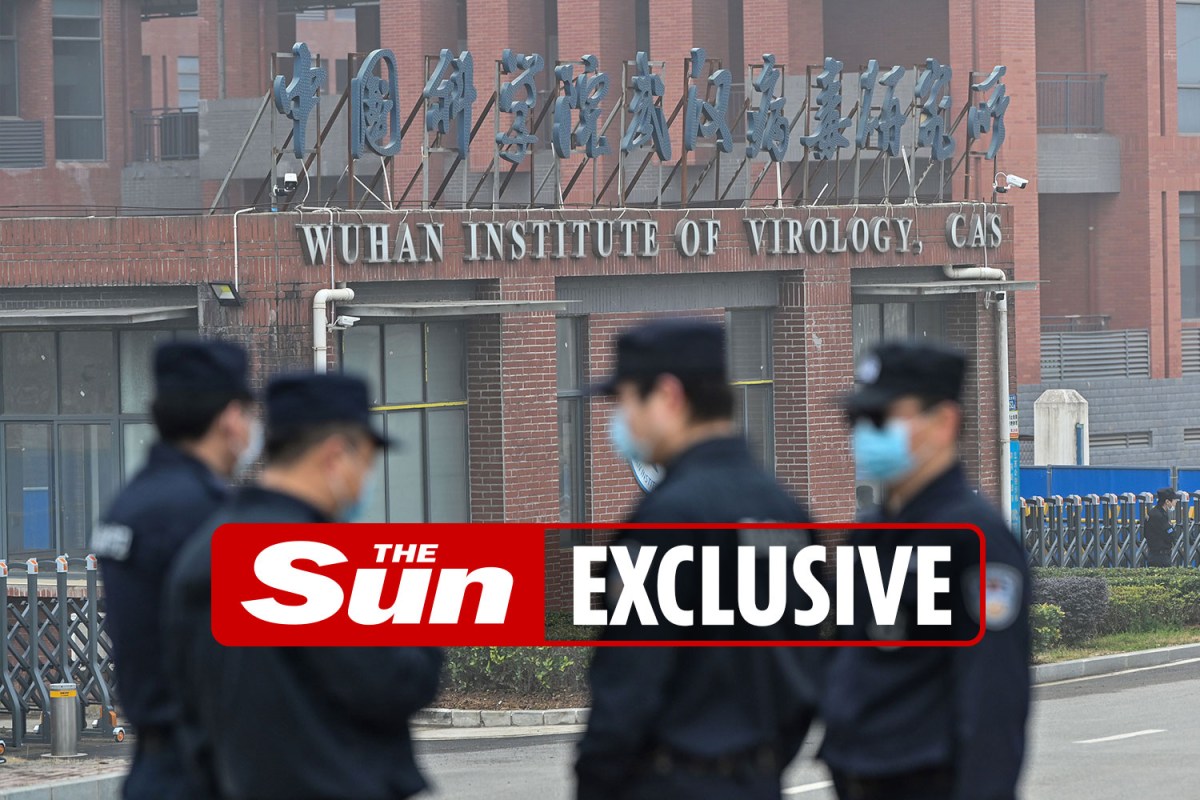 A CHINESE military hospital located just one mile from the Wuhan Institute of Virology treated Covid patients three weeks before China warned the world about the outbreak, a scientist has claimed.

The bombshell study found the “cluster” of four Covid cases were recorded in Wuhan on December 10, 2019.

It completely undermines China’s official narrative that the first time the virus was reported was on December 27 – and they warned the world on December 31.

The paper authored by Dr Steven Quay suggests the Chinese government knew about the spread of the deadly bug much sooner than first thought.

It is based on patient records and biospecimen data which indicates samples from Covid patients as early as December 10.

The hospital is also just a stone’s thrown from the Wuhan lab which has long been accused of having a role in the origins of the pandemic.

And it comes as former US President Donald Trump claimed he heard “body bags” were piled up outside the lab and suggested the virus could have escaped by an infected technician going on a lunch date.

Beijing claims a hero doctor first reported the virus – which later became known as Covid – after treating a case in her hospital on Boxing Day in 2019.

But it appears the infection may have already been running rampant by that point and Chinese scientists were already aware of the danger.

China has long denied any wrongdoing over its role in the early days of the pandemic, but the Communist state has been repeatedly accused of a cover up.

It has been speculated figures such as death tolls and case counts may have been falsified, doctors who warned about the virus silenced, and the origins of the virus may have been whitewashed.

Dr Quay has now questioned whether Covid might have emerged in the military hospital after a vaccine trial went wrong.

The scientist noted how the files for the Covid patients were created on a database two weeks before the samples of the infection were recorded.

He described the situation as “unusual and unexplained”.

Dr Quay said: “It would be consistent with setting up a vaccine challenge clinical trial – with the files being set up in anticipation of getting the samples later.”

But, he said, it could also mean the collection of the infection samples was actually before December 10 and they were deliberately recorded incorrectly to cover up the spread of the virus.

“This would imply that the PLA as well as the Chinese government knew of the spread of virus much sooner then they told the world or may have been preparing to test the virus in patients in some kind of a clinical trial,” Dr Quay said.

It comes after a top scientist revealed he heard about the Covid outbreak in Wuhan some two weeks before China finally warned the world about the virus.

This would imply that the PLA as well as the Chinese government knew of the spread of virus much sooner then they told the world.

Ian Lipkin, a professor at Columbia University in the US, made the revelation that appears to blow open Beijing’s narrative on the early origins of the pandemic.

Lipkin told a new documentary by director Spike Lee that he learned of “the new outbreak” on December 15 – some two weeks before China notified WHO on December 31.

Lipkin, who was honoured by China for his work on the SARS outbreak, was even asked to clarify the date – and he once again repeated December 15, reports The Mail on Sunday.

The scientist said he had been “tracking’ the disease with “my friends there” at the Centre for Disease Control “and in the national government” since the middle of December.

Prof Lipkin also told a podcast he had been tipped off by his Chinese research partner Lu Jiahai, a public health professor at a Guangzhou university who has said the epidemic could have been prevented with better early warning systems.