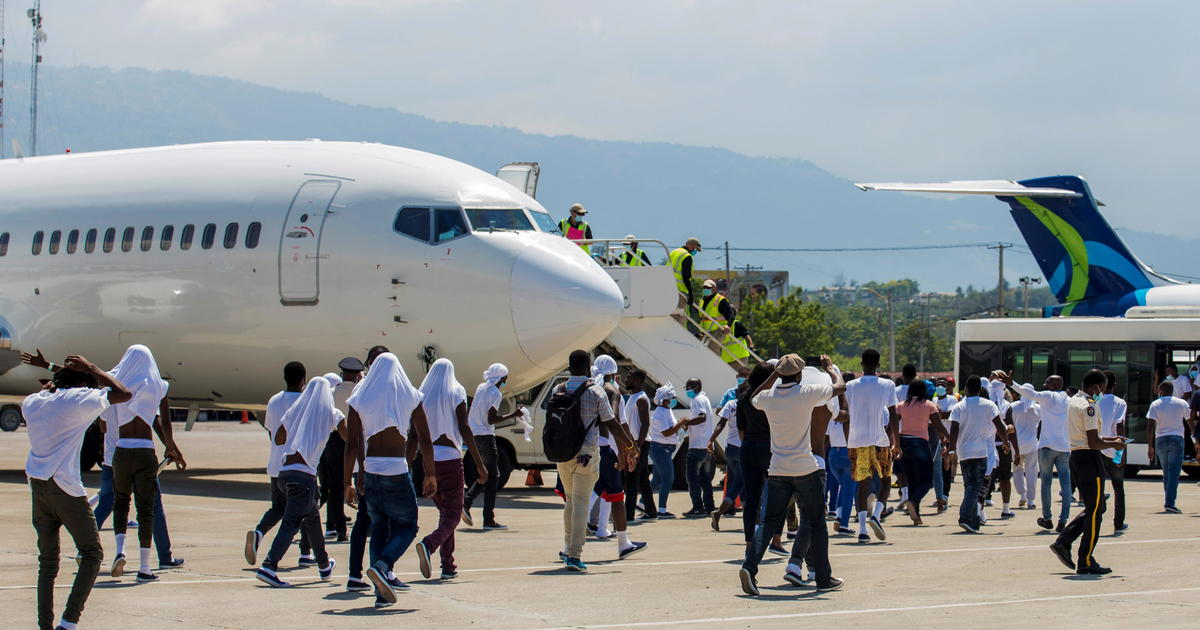 A top U.S. diplomat in Haiti tendered his resignation on Wednesday, citing the Biden administration’s “inhumane” effort to expel hundreds of Haitian migrants to their home country, which is recovering from a deadly earthquake and plagued by political instability, widespread insecurity and crippling poverty.

Ambassador Daniel Foote, who was chosen to be the U.S. special envoy to Haiti in July, called the Biden administration’s policy in Haiti “deeply flawed,” saying his recommendations were brushed aside.

“I will not be associated with the United States[‘] inhumane, counterproductive decision to deport thousands of Haitian refugees and illegal immigrants to Haiti, a country where American officials are confined to secure compounds because of the danger posed by armed gangs in control of daily life,” Foote wrote in his resignation letter to Secretary of State Antony Blinken, which was obtained by CBS News.

In response to a recent sharp increase in arrivals of Haitians in the Texas border community of Del Rio, and the emergence of a massive camp there that at one point housed 15,000 migrants, the Biden administration launched a deportation blitz to Haiti.

Since Sunday, the U.S. has carried out 12 deportation flights to Haiti, expelling more than 1,400 migrants there, according to the Department of Homeland Security (DHS), which has said the expulsions will continue on a “regular basis.”

The U.S. is planning to carry out as many as seven daily expulsion flights to Haiti in the coming days, a person briefed on the plan told CBS News. The Biden administration is also in talks with Chile and Brazil to see if they can receive Haitians who used to live in those countries, DHS Secretary Alejandro Mayorkas told Congress on Wednesday.

In his resignation letter, Foote said Haiti’s “collapsed state” won’t be able to absorb hundreds of deportees. The deportations, he said, could also backfire, prompting more Haitians to flee and head to the U.S.

“The people of Haiti, mired in poverty, hostage to the terror, kidnappings, robberies and massacres of armed gangs and suffering under a corrupt government with gang alliances, simply cannot support the forced infusion of thousands of returned migrants lacking food, shelter, and money without additional, avoidable human tragedy,” Foote wrote in his letter, which was first published by PBS NewsHour.

Foote also criticized the administration for backing Prime Minister Ariel Henry, who became Haiti’s de facto interim leader after President Jovenel Moïse was assassinated in July. “The hubris that makes us believe we should pick the winner — again — is impressive,” he wrote.

In a statement, the State Department thanked Foote for his service and said it was committed to helping Haiti strengthen its democracy, security and economy.

“To address the immediate challenges that returnees face, the United States is working with the International Organization on Migration to ensure that returning Haitian migrants are met at the airport and provided with immediate assistance,” the department said. “We are working to identify ways to provide more comprehensive assistance going forward.”

The Biden administration has been using Title 42, a public health authority first invoked under former President Donald Trump, to expel Haitian migrants in U.S. border custody without a court hearing or an asylum screening.

Democrats in Congress, including Senate Majority Leader Chuck Schumer, have urged the administration to halt the expulsions, citing the dire circumstances in Haiti. The United Nations, which rarely criticizes U.S. policy, has also denounced the expulsions of Haitians as “inconsistent with international norms.”

Democratic lawmakers have also expressed outrage at recent footage that showed Border Patrol agents on horseback aggressively rounding up and chasing Haitian migrants in Del Rio. Mayorkas, the DHS secretary, said he expects an internal investigation into the incidents to conclude next week.

Republicans, on the other hand, have advocated for more deportations to Haiti, criticizing the administration for allowing some of the migrants encountered in Del Rio to stay in the U.S. while they seek asylum.

The rapid pace of the deportations to Haiti could make the operation one of the largest and swiftest U.S. mass expulsions of migrants by air. The effort also highlights the discrepancy in the Biden administration’s different statements and policies regarding deportations to Haiti.

Following the August 14 earthquake that killed more than 2,000 people, U.S. deportation flights to Haiti were halted. They resumed last week after the U.S. made an assessment that conditions in the country had “sufficiently improved.”

But a few weeks prior, when the U.S. shielded Haitians who were in the U.S. as of July 29 from deportation, DHS said the move was justified because Haiti was “grappling with a deteriorating political crisis, violence, and a staggering increase in human rights abuses.”