‘Defund the Police’ Was a Catchy Slogan. It’s Also Why a Police Reform Bill Fell Apart 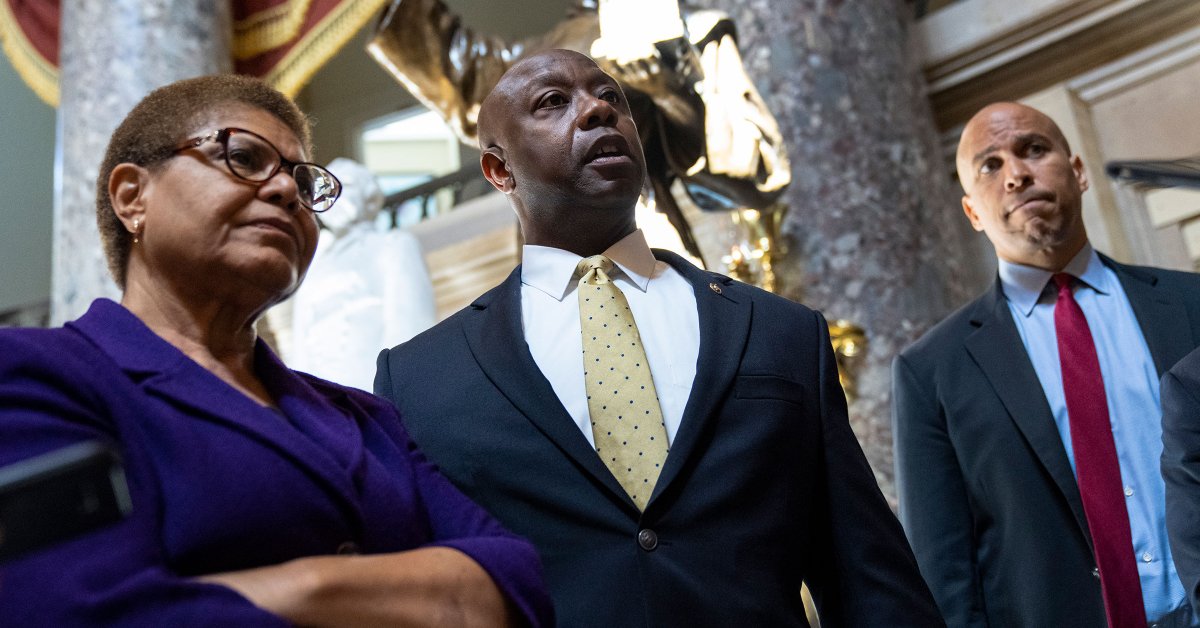 This article is part of the The DC Brief, TIME’s politics newsletter. Sign up here to get stories like this sent to your inbox every weekday.

Richard Nixon had an energy crisis on his hands as he began what would be his last year as President. Arab members of the oil cartel OPEC had quadrupled prices for the United States to protest Washington’s support for Israel in the ongoing conflicts in the Middle East, and the costs at the pump for Americans was mind blowing. The Interior Secretary was telling Americans to prepare for blackouts as the country was going to be short a million barrels of oil every day. There weren’t many holiday light displays during December of 1973 as Christmas carols came with brownouts.
[time-brightcove not-tgx=”true”]

So Nixon began 1974 with a quick trip to his office near his San Clemente, Calif., ranch to sign a law that required states to reduce their speed limits to 55 miles per hour or face being cut off from federal highway dollars. The move was meant to encourage drivers to reduce their speeds to levels believed to be more energy efficient. Nixon couldn’t summarily create a national speed limit, but he knew how to dangle the highway dollars as an incentive.

Fiscal blackmail is a favorite and efficient tool in Washington and has been for decades. States are used to it, whether it comes in the form of testing requirements in schools under George W. Bush, a consistent drinking age in bars under Ronald Reagan or motorcycle helmets on the roads under Gerald Ford. (All Republican presidents, it’s worth noting.) Washington can’t always tell folks beyond the Beltway what to do, but it can still get results through quid pro quo. At least, that is, when such a shakedown isn’t already poisoned by almost two years of demagoguery and sloganeering.

Which brings us to just one of this week’s political collapses: a federal overhaul of policing practices. Sen. Tim Scott, a South Carolina Republican, and Sen. Cory Booker, a New Jersey Democrat, had been working for months on a bipartisan series of changes for how police departments behave. Alongside Rep. Karen Bass, a California Democrat, the group made significant headway. All three, who are Black, had set aside their deep political differences in recognizing the appetite for change might finally meet the need after the protests that followed the death of George Floyd in May of last year. The deaths of Floyd, Breonna Taylor, Ahmaud Arbery and many other unarmed Black men and women have forced this nation to consider the toxic relationship between Black communities and those who police them.

It should have been an easy lift. A majority of Americans support Congress moving on policing, but Washington is a broken place at the moment. Congress is on the verge of a government shutdown and a government default, either of which could whip out the fragile gains made as the country starts to recover from the COVID-19 pandemic. One analysis predicted that as many as six million jobs and $15 trillion in household wealth would evaporate if Congress lets the government shutdown and default. And that’s even before you consider the hit to the psyche at the Capitol if duel infrastructure proposals fail, as we considered yesterday.

The policing parties had taken great care not to negotiate in the press. They worked internally to find a compromise, blowing past self-imposed deadlines. Slowly, though, they started to realize a sweeping fix was unlikely and started to work on a skinny version that covered some of the basics. Along the way, they picked up a tidy coalition that gave both sides the cover they needed. Or at least that was the thinking until this week when the parties realized they couldn’t get it together.

Democrats had dropped their attempt to change the doctrine that police officers, to a point, are protected even when they’re wrong while doing their job, known as qualified immunity. Democrats also let go of attempts to rewrite part of the criminal code to make it abundantly clear that public officials cannot deny anyone their Constitutional rights. (No, really; the Supreme Court in 1945 agreed with the defense of a Georgia sheriff who argued that part of the law was so vague he didn’t know it was illegal to beat a handcuffed Black suspect who later died.)

Republicans, meanwhile, seemed paralyzed by the specter of being branded soft on crime so any limits on officers came as non-starters. The same polling that shows a majority of Americans support policing overhauls also shows how split Americans are on the topic: one Vox poll shows just 34% of Republicans considered changes to policing an urgent topic. Donald Trump made the badge sacrosanct during his failed 2020 campaign and hammered Democrats as the party that would “defund the police,” a call to reduce or divert funding to police departments that became popular among a slice of protestors and activists last year.

Polls show Americans disagree with that idea by a 2-to-1 margin. Some progressive activists and lawmakers had embraced the “defund the police” chant, but the entire Democratic Leadership—including Biden and Kamala Harris—rejected cuts to police funding. Nevertheless, Republicans branded all Democrats as foes of police funding. Now, they have to live in perpetual fear of it boomeranging back at them, which means any reprogramming of policing dollars will be used against them. It’s why Republicans couldn’t even get to yes on items Trump himself had already put on the table.

Just last year, during a Rose Garden ceremony with uniformed officers standing at his side, Trump announced he was going to leverage federal funds to make local police departments prove they were training their forces in de-escalation and banning most chokeholds. He also told the Justice Department to build a database of officers who leave under suspicion or are fired from their roles, a version of a do-not-hire list for local police chiefs. Finally, Trump’s plan also incorporated financial incentives for state and local police to https://www.nytimes.com/1973/11/22/archives/nixon-officials-say-blackouts-could-occur-this-winter-especially-in.html wrap-around services, such as counselors, social workers and addiction specialists.

At the time, Democrats said Trump’s proposals weren’t enough to fix the systemic problem the nation’s police forces were facing. But, more than a year later, the trio of negotiators couldn’t even get those meager steps on policing codified, largely because some Republicans fear tying any action to money to goals as a way to say they are defunding police officers. Money spent on social workers is suddenly a betrayal of the badges. And any criticism from Trump can be career-killing.

The shift of what it means to be a Republican in the last half century finds its perfect bookends in two disgraced and impeached figures: Nixon, who beat states into energy conservation, and Trump, who threatens his allies who dare say bad cops don’t belong on the beat. And they say Democrats are the party of an identity crisis.

Make sense of what matters in Washington. Sign up for the daily D.C. Brief newsletter.

0 comments on “‘Defund the Police’ Was a Catchy Slogan. It’s Also Why a Police Reform Bill Fell Apart”