Dozens evacuated on Greek island of Evia after storms and floods 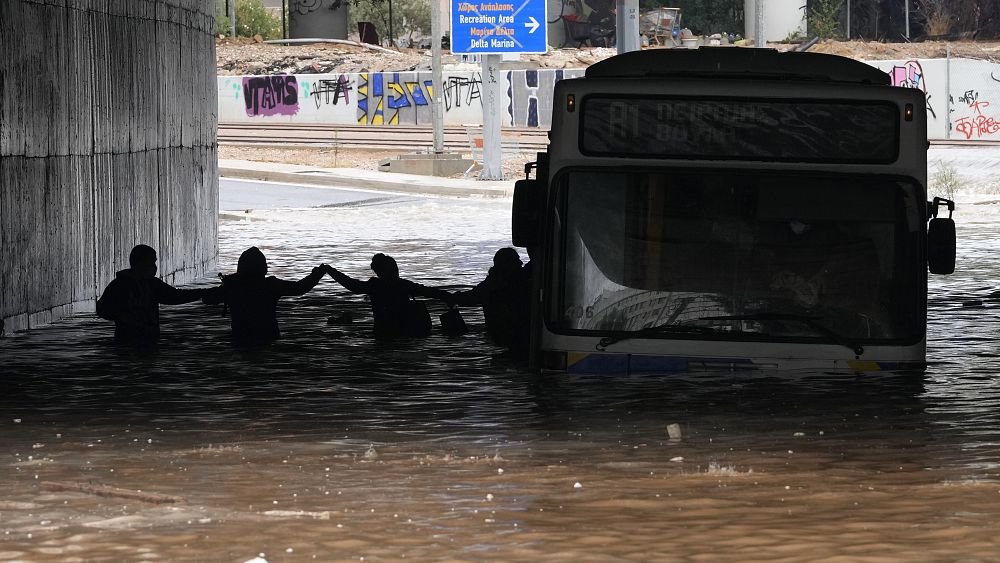 Authorities on the Greek island of Evia said several areas were being evacuated following the second severe storm in under a week.

Dozens of residents were moved out of their homes in the north of the island and were making arrangements to stay with friends or at hotel rooms booked by the regional authority.

Storms have battered the Greek capital this week, causing traffic disruption and some road closures.

The government issued alerts to the affected areas, urging people to “avoid unnecessary movement and areas that have been or may be flooded”.

The weather in the country is expected to improve by Saturday.