Eastern Europe in midst of COVID surge as vaccinations lag 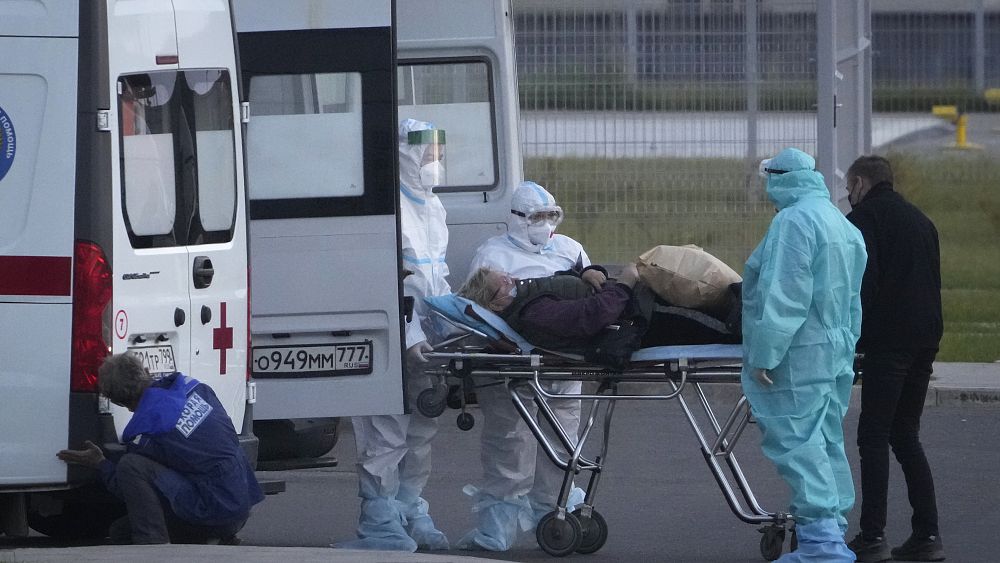 Eastern European countries with below-average COVID vaccination rates are facing a surge in infections, data from the European Centre for Disease Prevention and Control (ECDC) show.

According to the latest data released on Thursday, the 14-day incidence rate for COVID-19 infections amongst the 31 countries of the EU/EEA is 166.5 cases per 100,000 inhabitants.

All these countries have below-average vaccination rates. Some 74.7 % of adults in the EU/EEA are fully vaccinated, according to the ECDC.

In the Baltics, Lithuania has the highest vaccination rate with 70.2% of the population aged 18 and over now fully protected while neighbour Latvia has the lowest at 52.2%.

Slovenia has also fully inoculated over half of its adult population but in Romania and Bulgaria, the rates fall to just 34.8% and 23.6% respectively.

According to Johns Hopkins University, Bulgaria has the highest COVID-19 deaths ratio relative to the population.

The nation of 6.9 million inhabitants has deplored the loss of 22,004 lives since the beginning of the pandemic, which translates into 315.4 deaths per 100,000 population.

The number of daily COVID-19 deaths in Russia reached yet another record on Thursday with 986 fatalities observed over the previous 24 hours, according to the Coronavirus Task Force.

Prime Minister Mikhail Mishustin said Tuesday that about 43 million Russians, or just about 29% of the country’s nearly 146 million people, were fully vaccinated.

Russian President Vladimir Putin has emphasised the need to speed up the vaccination rate, but he also has cautioned against forcing people to get vaccine shots.

Despite the mounting toll, the Kremlin has also ruled out a new nationwide lockdown like the one during the first months of the pandemic, which badly crippled the economy and dented Putin’s ratings, while delegating the power to enforce coronavirus restrictions to regional authorities.

Some Russian regions already have restricted attendance at large public events and limited access to theatres, restaurants and other places. But life remains largely normal in Moscow, St. Petersburg and many other Russian cities with unrestrained access to restaurants, cafes, nightclubs and other venues.

Health Minister Mikhail Murashko said on Thursday that more than 1.1 million COVID-19 patients are currently in hospitals, adding that the number is putting a “high load” on the nation’s health care system.

Officials in Hungary recorded its highest daily number of new COVID-19 cases in five months on Thursday amid a spike in coronavirus deaths and hospitalisations.

A total of 1,141 new infections were reported, the highest daily total since May 14. The increase pushed the number of cases so far this week to a 37% jump over the same period last week. The country of nearly 10 million has 742 hospitalised COVID-19 patients, the highest number since early June.

Pandemic containment measures in Hungary have been largely repealed since early July, and masks are not required in any public areas.

On Monday, the Hungarian Academy of Sciences recommended that masks be worn in enclosed areas, at events and on public transportation in order to “curb the fourth wave of the COVID-19 pandemic.”

As of Thursday, 66.6% of Hungarian adults were fully vaccinated, below the European Union average of 74.7%, according to the European Center for Disease Prevention and Control.

The Russia-backed separatist authorities in eastern Ukraine on Wednesday reported the largest spike in new coronavirus infections since the start of the pandemic, saying the health care system has been overwhelmed.

The separatist authorities have asked Russia for more assistance, and a convoy is expected to deliver Russian vaccines, ventilators and other medical equipment on Thursday.

The health authorities in the Donetsk region of 2.2 million reported 1,005 new confirmed infections and 97 coronavirus deaths in the past 24 hours. The regional health department described the situation as “extremely tense,” saying it’s facing a shortage of hospital beds and oxygen.

The region, which has been running its own affairs with Russian political, economic and military support since declaring independence in April 2014, has seen 5,578 confirmed virus deaths so far. Just about 10% of the population have received at least one dose of Russia’s Sputnik V vaccine or its one-shot version, Sputnik Light.

The neighbouring separatist region of Luhansk reported a similarly tense coronavirus situation, and its authorities shut down schools and imposed a strict lockdown starting Wednesday. The 1.4-million region has recorded a total of 1,708 virus deaths.

Ukraine’s health authorities say they can’t provide assistance to the eastern rebel regions because they don’t have access there.