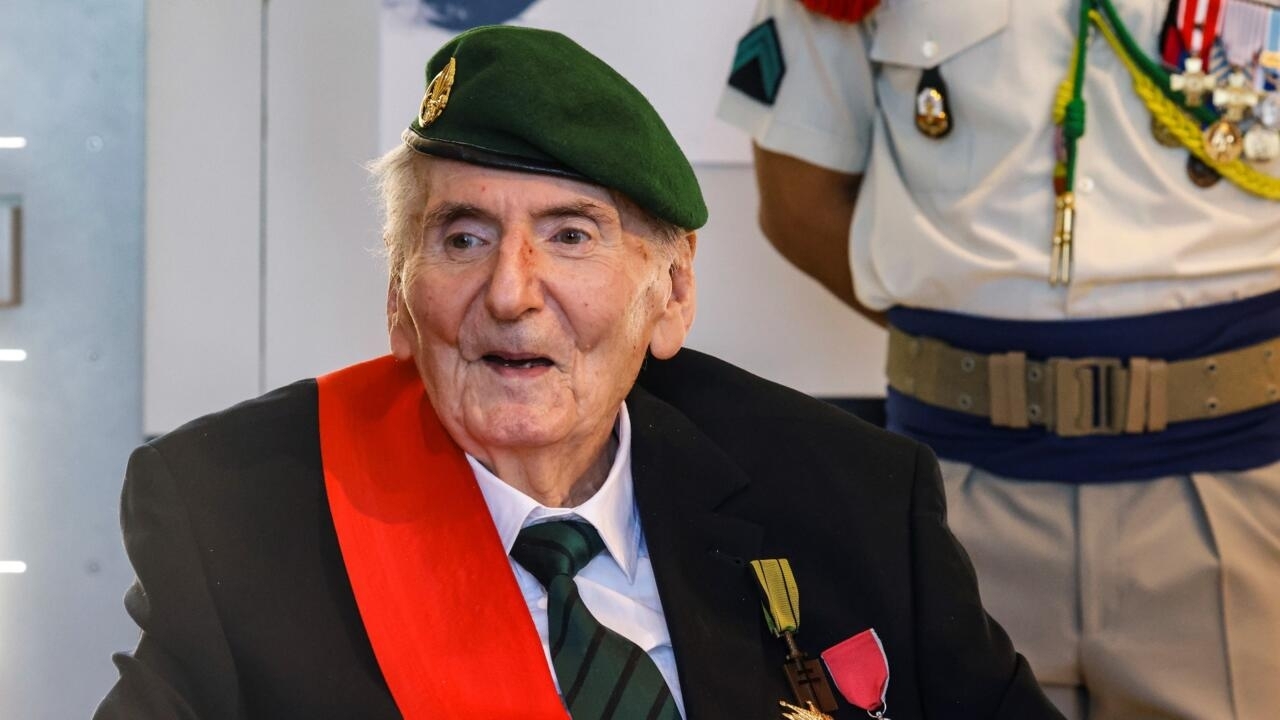 A page of history has turned as the last surviving member of France’s most distinguished group of World War II Resistance heroes, known as the Order of Liberation, has died at the age of 101.

Hubert Germain, who served with the Free French Forces, was the last surviving member of the Order of Liberation, known as Companions. The Order was created by General Charles de Gaulle in November 1940 to honour those who made significant contributions to the liberation of France.

Germain will be buried outside Paris at Mont Valérien, where many resistance fighters and hostages were executed by the Germans during World War II. Today it is home to the Memorial to Fighting France, inaugurated by De Gaulle in 1960.

Germain’s passing marks the end of an era. “When the last of us is dead, a flame will go out. But the embers will always remain,” Germain wrote in his memoirs, entitled, “Espérer pour la France” (To hope for France).

‘We will win the war’

Germain was born in Paris on August 6, 1920, the son of a general officer who had served with France’s colonial forces. After graduating from high school, he was preparing for the entrance exam to the naval academy at the Lycée Michel Montaigne in Bordeaux when war was declared in September 1939. Months later, after May 1940 and the Fall of France, he decided to continue the fight.

Germain boarded a vessel transporting Polish soldiers to England and arrived in London on June 24, 1940. There he met De Gaulle. “After inquiring about my studies, he explained where he would send me to continue my training and told me, ‘I am going to need you’. Well, at 19, when the man who took the affairs of the nation into his hands tells you that, it puffs up your chest. I understood right away that, along with Churchill, De Gaulle and I were going to win the war!” he wrote in his autobiography.

Having joined the Free French Forces from their inception, Germain was assigned to the battleship Courbet where he studied to become a marine officer. In the spring of 1941 he was assigned to the staff of General Paul Legentilhomme, commander of the 1st Free French Division in Palestine, and slated to intervene in the Levant. He fought in Syria and Libya, where he saw combat at the Battle of Bir Hakeim, and in Egypt. The battles took a toll on the young soldier. “At first, you go off with drive and courage. Then you’ve had enough of seeing houses burned, demolished, forests disfigured where shells exploded, dead bodies under the open sky,” he wrote.

In Italy in May 1944, Germain, a lieutenant commanding an anti-tank section near Pontecorvo, sustained an injury to his side while supporting the attacking battalion along the Liri River with heavy artillery fire. Evacuated to Naples, Germain was decorated with the Cross of Liberation by De Gaulle at the end of June 1944. He later told of his astonishment in receiving the honour. “I never thought about that. I had fought hard, but I was never working with that in mind. It didn’t interest me,” he said modestly. Bits of shrapnel remained embedded in his body.

‘You have returned to France’

A few weeks later, Germain took part in the Allied landing in Provence in August 1944. Four years after his departure for England, he finally set foot once again in his country. “You arrive on the land, you disembark, walk a few steps, and you collapse. It’s that land that inhales you, the beach. At that moment, you fall down on your knees and you weep. Not for long, because there is no time to lose, but it’s breathtaking,” he recalled during an interview with LCI television. “And it was then that I said to myself, ‘There, you have returned to France! France doesn’t belong to you, it is not your France’, but that night, it would be mine.”

Germain next took part in the campaigns in Vosges and Alsace before ending the war in the southern Alps, in the Authion mountain range. After the war he was an executive in a chemical firm before getting involved in politics. First he was elected mayor of Saint-Chéron southwest of Paris in 1953. He was then elected to be a deputy in the lower house National Assembly in Paris. He would serve as a government minister, first for the postal service and telecommunications and then for relations with Parliament, in the early 1970s.

In his final years, Germain continued tirelessly to bear witness to the memories of his comrades in arms and even his former enemies.

“There comes a day when what you have left is the respect that we must have for all those who sacrificed themselves and of whom we no longer speak. All those I killed, even without knowing it, I also hold in my prayers. Those whom I could not rescue, too. My duty today is to think about them, even as some of them might be forgotten by their families.”

As the last survivor of the 1,038 Companions of the Liberation, Germain was eligible to be interred in the crypt of the Memorial to Fighting France at Mont Valérien.

Germain will be lain to rest in the monument’s Plot No. 9, built to pay homage to French World War II combatants, members of the Resistance and deportees. He will join 16 other individuals buried there who died for France between 1939 and 1945 and who represent all forms of commitment to the cause and the various battle sites. Eleven are soldiers (including two North African tirailleurs, two Black African tirailleurs and three members of the Free French Forces) and five are members of the Resistance (including a Resistance fighter for the French Forces of the Interior and another from the Indochina resistance).

Eighty years after the creation of the Order of Liberation by General de Gaulle, its last representative is no more. But the memory of their commitment will live on.

As Germain put it: “We were these burning embers, and the Order of Liberation took on the mission of keeping the embers burning to bear witness to that time.”

This article has been translated from the original in French.