From 9/11 to Afghanistan loss, TV cheered war at great cost 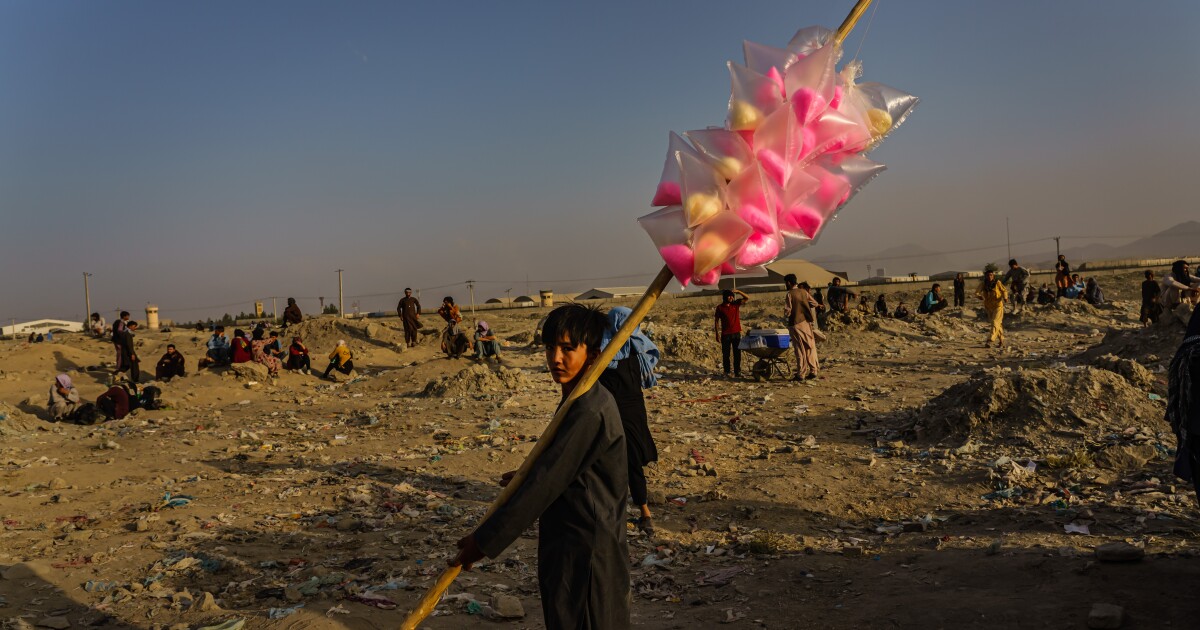 A handful of merchants and workers gathered around an old TV in a dilapidated stall in Cairo’s Khan el-Khalili souk as a friend and I walked through the marketplace during a visit to Egypt in the late summer of 2001. The picture on the screen was fuzzy and the sound wasn’t working, but the images permeated the static: Two planes had crashed into the sides of skyscrapers. The scene was engulfed in flames.

Where is this happening, a boy asked urgently in Arabic. Palestine?

The older men didn’t know. But I did. I told them it was the World Trade Center in New York. They stared at me for a minute, searching for context, but the location meant nothing to them. The target was neither a worldwide landmark nor global beacon of freedom in their eyes, though it would later be described as such by counter-terrorism experts across the U.S. media. The only thing the Arab locals seemed to know was that someone had just provoked a war, and the Middle East would likely pay.

As an American Muslim, I knew I would pay too.

The stark differences between how that horrible day was covered on television overseas and in the U.S. exemplified the cultural gaps between East and West — a gulf that would expand over the next 20 years. My journalism career was shaped inside that chasm, a divide between wildly varied takes on the same event, a terrible day I’d much rather forget than relive in vivid detail.

There’s no shortage of documentaries and specials commemorating the 20th anniversary of the 2001 terror strikes, when four coordinated attacks by Al Qaeda operatives were carried out via commercial jetliners on civilian and government targets: Apple TV+’s “9/11: Inside the President’s War Room,” NatGeo’s “One Day in America,” HBO’s “NYC Epicenters 9/11-2021½” by Spike Lee, four documentaries from the History Channel. That dark day is explored from every angle possible, including the stories of those who lost their lives, the history of the World Trade Center, and more than one look at the now-adult perspectives of the kids of 9/11, including those whose parents died in the attacks and those in the classroom listening to President George W. Bush read them a book called “The Pet Goat” when he was interrupted with the news.

Mourning loss is critical, and the ongoing need to make sense of a senseless act like the one perpetrated by Osama bin Laden’s henchmen is understandable. Still, it’s hard to get behind the media’s ongoing canonization of the attacks after two failed wars, thousands of lives lost and millions of people displaced, including my extended Iraqi family. I’m not sure whether there is a “right way” to process a devastation so deep, with such lasting ramifications, but last week’s withdrawal from Afghanistan is a stark reminder that remembering it as a Pearl Harbor-like prelude to war is not the answer.

An image of the last U.S. soldier to leave Kabul airport was broadcast across the media — a lone man photographed through a night vision lens. There’s no victory parade at the end of a war that was launched to stamp out terrorism but ended with the Taliban retaking power. The anti-climactic close of a campaign, and the televised anniversary of the event that launched it, are unintended bookends in America’s longest war. They tell a story in reverse, and it’s filled with moments that irrevocably changed all our lives, some of us more than others.

The last two decades have arguably been the hardest I’ve experienced as a journalist and the daughter of an immigrant who left the tribalism of his old country behind for the wide-open promise of the West. Few things are worse than having to defend your intentions, your faith and your loyalty to your fellow countrymen. I too was weaned on “Scooby-Doo” reruns and McDonald’s jingles. Isn’t that enough?

Apparently not, judging by the hate mail and threats, the trolls and profiling. No-fly lists aside, I lost a high-profile journalism job, friends and, at points, my identity and confidence. But it was nothing compared with what my relatives lost overseas.

They were scattered by the war, so I traveled across the Middle East to reconnect with them: Jordan, Syria, the United Arab Emirates and finally Baghdad when it was safe enough for a writer who’s not trained in the perils of war reporting.

On my first trip to Amman, Jordan, they recounted what the early days of the bombing were like in Baghdad. In the U.S. we called it “Shock and Awe” and the press treated it like a Fourth of July fireworks show: “The night sky is lit up like a Christmas tree!” The U.S. and allied forces launched a war based on fake intel against a nation that had nothing to do with the 9/11 attacks, under the banner of defending the free world from more terror attacks. I told my relatives that I watched from my living room in Brooklyn while pregnant with my son, and all I could think about was them, the neighborhoods where I’d spent summer vacations. What had they done to deserve more pain and suffering after a long war with Iran, U.S. sanctions and Saddam Hussein’s brutality?

My uncle Mehdi and cousin Afrah recounted trying to hide in the basement during the bombardment, but getting my uncle’s wheelchair down there was another matter, so they settled for shelter under the stairs. They were lucky and lived to tell the tale. So did other family members, only to be killed years later in a suicide bombing that wasn’t covered on CNN and certainly won’t be part of a 9/11 retrospective. One of the victims was a 7-year-old.

Even after Iraq’s Hussein was captured by U.S. forces during an operation named after the movie “Red Dawn,” his tribunal and 2006 execution were sparsely covered on American news, likely because it was so brutal, and that sort of ending doesn’t fit a tidy narrative of democratic nation-building. His hanging was telecast, unedited, across the Middle East, where I watched it from Damascus, Syria, in its entirety. Ghoulish as that sounds, it’s not unusual for the brutality of conflicts to be broadcast unedited on overseas newscasts. Viewers see the true cost of combat. It was the least I could do before returning to the yellow ribbons and commemorative anniversaries back home.

The objective of the U.S. campaign in Afghanistan was met in in 2011 when Bin Laden was hunted down in Pakistan by Navy SEALs and executed. Footage of the operation captured on body cams of the SEALs was beamed to the U.S. Although there were revelers outside the White House, there was no ticker-tape parade, no “Mission Accomplished” photo op. The enemy was never well enough defined to be defeated. There were reports of new Al Qaeda offshoots, ISIS was on the horizon and conspiracy theorists still insisted the evil mastermind was not dead but holed up in a cave, plotting his next move.

By the time Trump rolled into the White House, the wars triggered by 9/11 had spawned plenty of questions about America’s intentions, who we were supposed to be fighting and why there seemed to be an endless string of militant groups and their offshoot factions vowing death to America. Alongside the the unwavering commitment to never forget about those we lost in the attacks were newer voices from groups that had previously been maligned or misunderstood. But they weren’t being piped in from Lahore. Comedy Central’s Hasan Minhaj hosted the 2017 White House Correspondents’ Assn. dinner just in time to roast one of the president’s first pieces of policymaking, the Muslim ban.

“Only in America can a first-generation, Indian American Muslim kid get on the stage and make fun of the president,” said Minhaj, addressing the room of journalists. “The orange man behind the Muslim ban. And it’s a sign to the rest of the world. It’s this amazing tradition that shows the entire world that even the president is not beyond the reach of the 1st Amendment.”

And then there’s the Hulu dramedy “Ramy,” comedian Ramy Youssef’s semi-autobiographical series about a first-generation Muslim American millennial in New Jersey. In a flashback episode, the 9/11 attacks were shown from a totally different perspective — his. It was a defining moment for the show’s protagonist, portrayed in the series as the school’s only Arab kid. In essence, 9/11 filtered through Egyptian eyes. If only those kids in the Cairo souk could see themselves now.

I’m grateful my son was born after 9/11. I know he’ll always feel its weight, partly because he’s American and it’s now woven into our collective heritage, and partly because of his skin tone, ethnicity and faith. But he has more than just “Scooby-Doo” in his pop culture arsenal of generational connectivity. He has Minhaj, he has “Ramy” and he has dozens of other voices adding fresh perspective to an otherwise tragic narrative. A progress forged by fire.

0 comments on “From 9/11 to Afghanistan loss, TV cheered war at great cost”