Halloween Kills Sags Under the Weight of Its Own Mythology 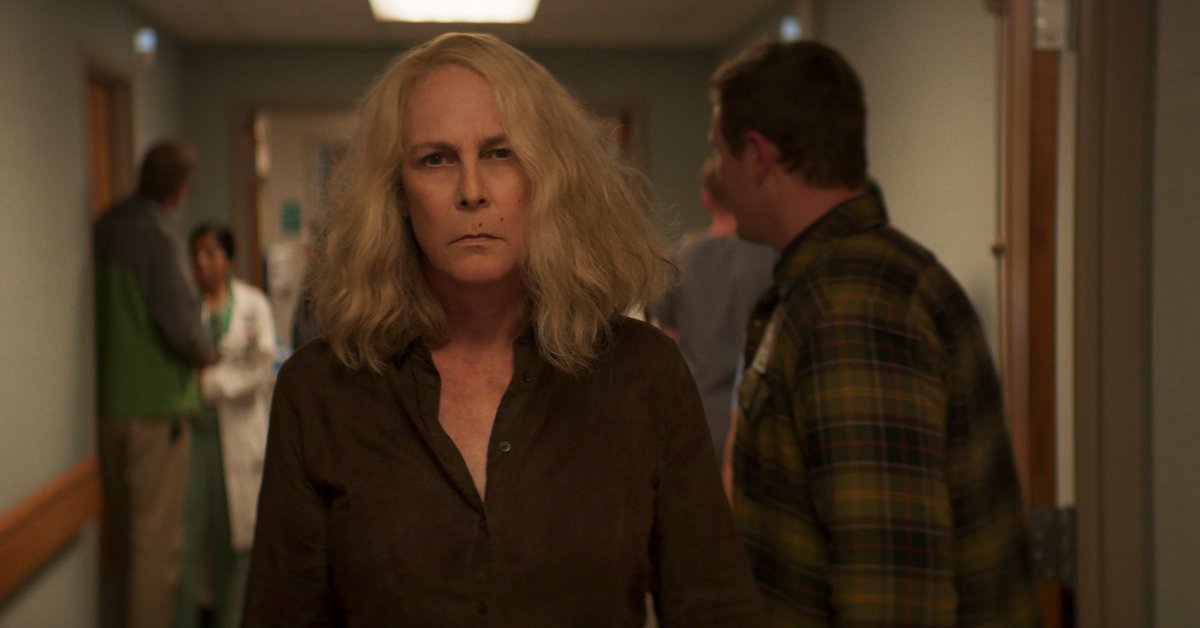 For a sequel to a sequel to a sequel to a sequel—or something like that—David Gordon Green’s 2018 Halloween was marginally un-terrible. Jamie Lee Curtis, reprising her role as slasher-survivor Laurie Strode, got the chance to do away with killer nutjob Michael Myers (Nick Castle) once and for all, and at last succeeded. Or maybe not. Because, as you might have guessed, Michael, knife-wielder extraordinaire, is back in Halloween Kills, also directed by Green. This time around, though, the results are more mangled and messy.

If nothing else, the 2018 Halloween at least plucked a few comforting threads of continuity from the 1978 original. Curtis’ Laurie, with her parched-by-life skin and long gray mane, looked very much like a woman who’d held tight to a grudge for 40 years. The decades hadn’t been kind to Michael, either: the one advantage you’d think a mask would confer is the hiding of wrinkles, but Michael’s pasty plaster visage had aged along with him, as if his own mindless evil had become a source of perpetual exhaustion.
[time-brightcove not-tgx=”true”]

Read more: Jamie Lee Curtis Is So Much More Than Just a Horror Legend

But Halloween Kills doesn’t even have that degree of hamfisted visual poetry going for it. Curtis returns, but barely: near the end of the 2018 Halloween, Michael had stabbed her in the stomach, though not fatally. In this movie, she spends most of her time recovering in a hospital bed, as does another victim of one of Michael’s rampages, Will Patton’s Officer Hawkins. In Halloween Kills, there’s no one to focus on, and almost no one to cheer for: Judy Greer, as Laurie’s long-estranged daughter Karen, and Andi Matichak as Laurie’s granddaughter, Allyson—both introduced in the other film—are proffered as possible final-girl heroines, but only half-heartedly. Neither of them, not even everyone’s favorite almost-star Greer, makes the barest bloody thumbprint of an impression. Halloween Kills is scattershot and febrile, a confused film in which people spend a lot of time milling around, figuring out what to do next.

Meanwhile, Michael—or the Shape, as he’s also known—has returned to his old stomping ground of Haddonfield, Ill., a nice little place where nothing ever happens, except when its resident stabber comes to town, which is often. Still, everyone forgets about him from year to year; this is a town of convenient amnesiacs. To spice things up, maybe, Green takes great pains to make Halloween Kills seem political, heavily borrowing visual references from the Jan. 6 insurrection at the Capitol. Anthony Michael Hall, as beefy, baseball-bat-wielding citizen Tommy Doyle, is gunning for Michael’s blood. He’s invented a catchphrase—“Evil dies tonight!”—that’s taken up enthusiastically by the mob that gathers around him. They’re so angry, they corner the wrong guy—oops. A more capable director might have done something with this idea, but in Halloween Kills, it’s just a halfhearted nod in the direction of the mess our country’s in. Green—working from a script he co-wrote with Danny McBride and Scott Teems—does nothing so valiant as pick a side.

The violence in Halloween Kills is gruesome and gory in a way that’s so dull and unimaginative it almost doesn’t register as unpleasant. Eyes are gouged out or stabbed, repeatedly—that motif seems to be a fave. Necks are gashed using broken household items—you know, the usual. There’s nothing creepily suggestive about Halloween Kills. Everything it amounts to is right there on its shallow, pitted surface. The idea of “elevated” horror is a faulty one: the best horror movies reach us deeply because of their adherence to certain codes and styles, not in spite of them. But nobody needs depressed horror, movies so terrible they’re unworthy of even two hours of our most throwaway leisure time. Halloween Kills doesn’t slay; it merely saps your will to live.