Horrifying moment paddleboarder FALLS OFF while surrounded by pack of sharks 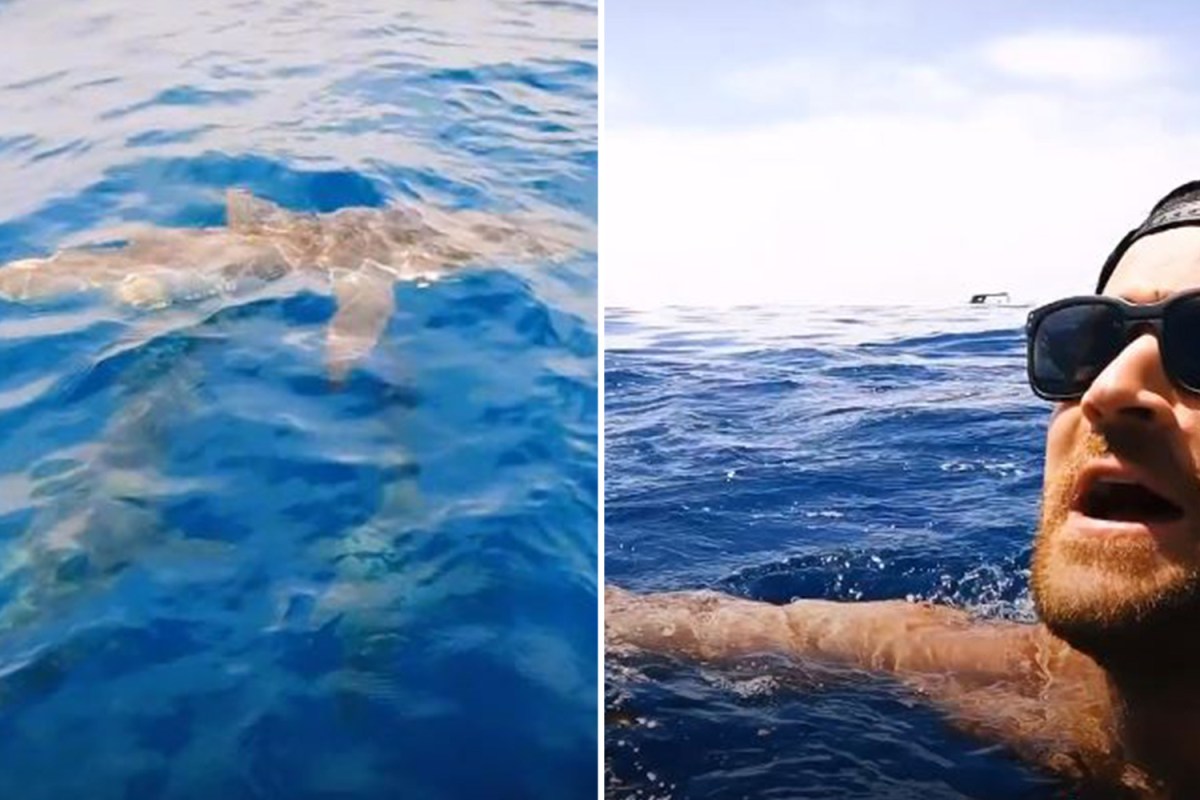 THIS is the terrifying moment a paddleboarder nearly became shark bait, as he fell off his board surrounded by the deadly fish.

Brodie Moss, an Australian filmmaker and ocean enthusiast, was filming his calm sea surroundings when he came across a group of sharks.

In the video, which has since gone viral on TikTok, Brodie can be heard saying: “They look like they’re ready to hunt, I reckon if I even put my foot in the water they would go at it.”

Just seconds later, he loses his balance and falls into the water – metres away from the sharks lurking beneath him.

The YouTuber then brazenly gets back on his board without attracting attention from the sharks.

After the terrifying encounter, Brodie said: “I love this kind of stuff so much.”

The video has amounted over 831,000 views on TikTok, with viewers impressed with Brodie’s cool composure around the hungry fish.

TikTok users did not shy away from sharing their true feelings about the video, with one viewer saying in the comments: “Absolutely not. No. No please god no. You did not just fall in and survive. I would’ve passed out from pure fear and either drown or get eaten”.

Another said: “So much anxiety in two seconds.”

“I’m literally nauseated from your fall. Made my heart race. That would be my worst nightmare,” one Aussie admitted.

Brodie is no stranger to the ocean, or what’s within it.

In another TikTok video, which has received over 50 million views, the Aussie can be seen encountering a “sexually frustrated” sea snake slithering right towards him.

“Sea snakes normally avoid humans but at this time of year they become very active, sexually frustrated and potentially aggressive as they look for a mate,” he explained.

Recently, one man had a lucky escape after an eight-foot shark sank its teeth into a spear fisherman’s leg and ripped open an artery.

Parker Simpson was swimming off the coast of Florida, USA, when the reef shark “came out nowhere” and attacked him.

Another man was surfing in Florida when he suddenly became surrounded by sharks.

Eli McDonald was on a trip with his fiancée when he got caught up in a school of fish before realising several sharks were lurking behind him.

His partner, Laura captured the moment dorsal fins were poking out of the water just inches away from Eli.