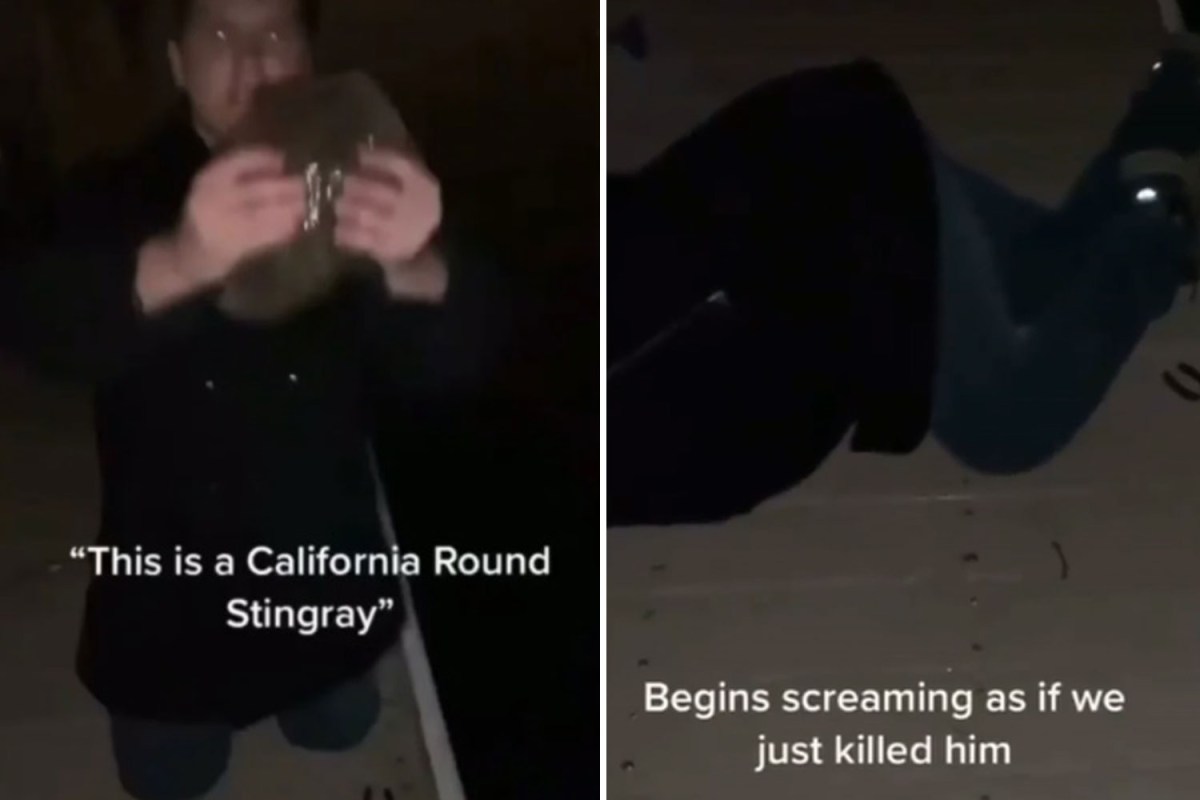 AN IDIOT held up a live stingray next to this face for a selfie video before instantly regretting it – and being filmed writhing in agony.

The American man made a bizarre decision to hold up a California Round stingray on a night-time fishing trip as he found out why it has garnered its name.

A few seconds into the now-viral Reddit video, the fish can be seen fighting with the man, giving him a sort, sharp bolt from its tail.

The man – or idiot, at this point – launches the ray back into the water, letting out a high-pitched scream in the process.

He can then be seen writhing around in pain on the floor, continuing to yell in pain.

Watching on, his friend asks: “Did it bite you, did it sting you?”

The response from the man on the ground was to just continue to scream.

The California Ray is one of more than 600 different species of ray and isn’t thought to be that dangerous – although the sting on all rays, regardless of species, is known to hurt, a lot.

One viewer wrote: “I like how the stingray waited until his introduction was finished before stealing the show.”

And another user detailed a personal, and similar story.

He wrote: “Can confirm. Got stung by a jelly fish. Tried peeing on my leg, didn’t help. Tried pouring beer on it, didn’t help. Finally drank ten beers, still didn’t help but I didn’t give a s**t anymore.”

Stingrays are not harmful to humans if they are left alone – which this one was clearly not.

Although other reports of serious stingray injures have been known.

A few years ago, an even more unfortunate beachgoer was left writhing on the sand in agony after his genitals were jabbed by a stingray’s barbed tail.

The holidaymaker was enjoying a sunny day in the tropical city of Sanya, south China, when the freak accident occurred on Saturday.

Having just taken a dip in the sea, the man reportedly ran back onto the beach crying in pain after the stingray’s barbed tail found its way into his swim shorts and hooked onto his genitals.

The video shows him lying prone on the sand with the stingray, the exact type of which was not reported, nearby.