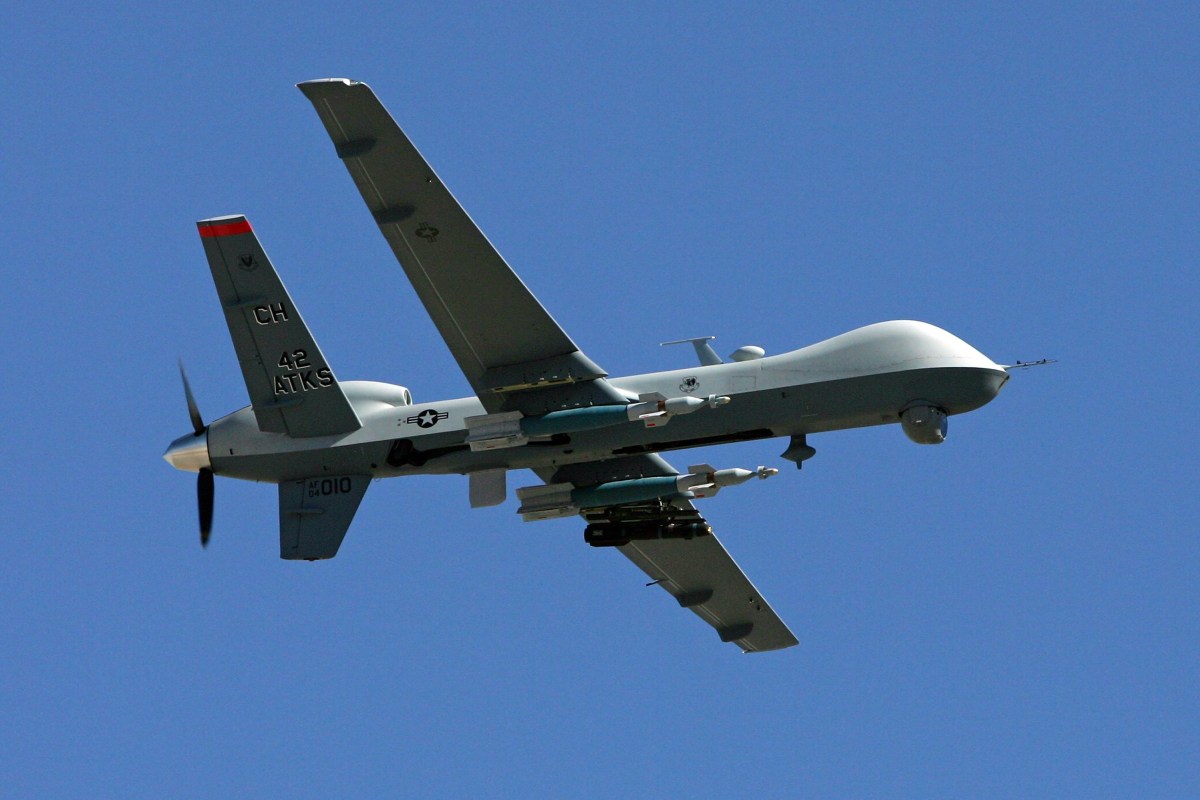 A US drone strike killed an ISIS-K fanatic who was allegedly a planner in a suicide bombing atrocity at Kabul airport, the Pentagon reveals.

Kabir Aidi aka Mustafa was said to be directly connected to the terror attack that slaughtered at least 170 people including 13 American troops.

On August 27, two ISIS suicide bombers struck at the Abbey Gate, where desperate Afghans were crowding to try and enter the airport and where US troops were carrying out security checks.

Following this horrified Joe Biden vowed he’d “hunt down” the culprits and “make them pay”.

The day after the bloodbath, a reaper drone attack took place in the Nangahar province of east Afghanistan — home to most of the 2,000 ISIS-K militants that took responsibility for the mass murder.

A missile was fired at a car Aidi was in, killing him and an associate.

It comes as US drone strikes in Afghanistan are under extra scrutiny after a separate drone attack killed 10 civilians, including seven children, in Kabul on August 29.

The U.S. military blew up a white Toyota Corolla that officials believed was to be used in another ISIS-K attack.

Instead, it was a case of mistaken identity.

Tragically, longtime aid worker Zemari Ahmadi was the owner of the white car.

Ahmadi was killed, along with several children, inside the car, The New York Times reported.

On Friday, the Pentagon apologised for the mistake.