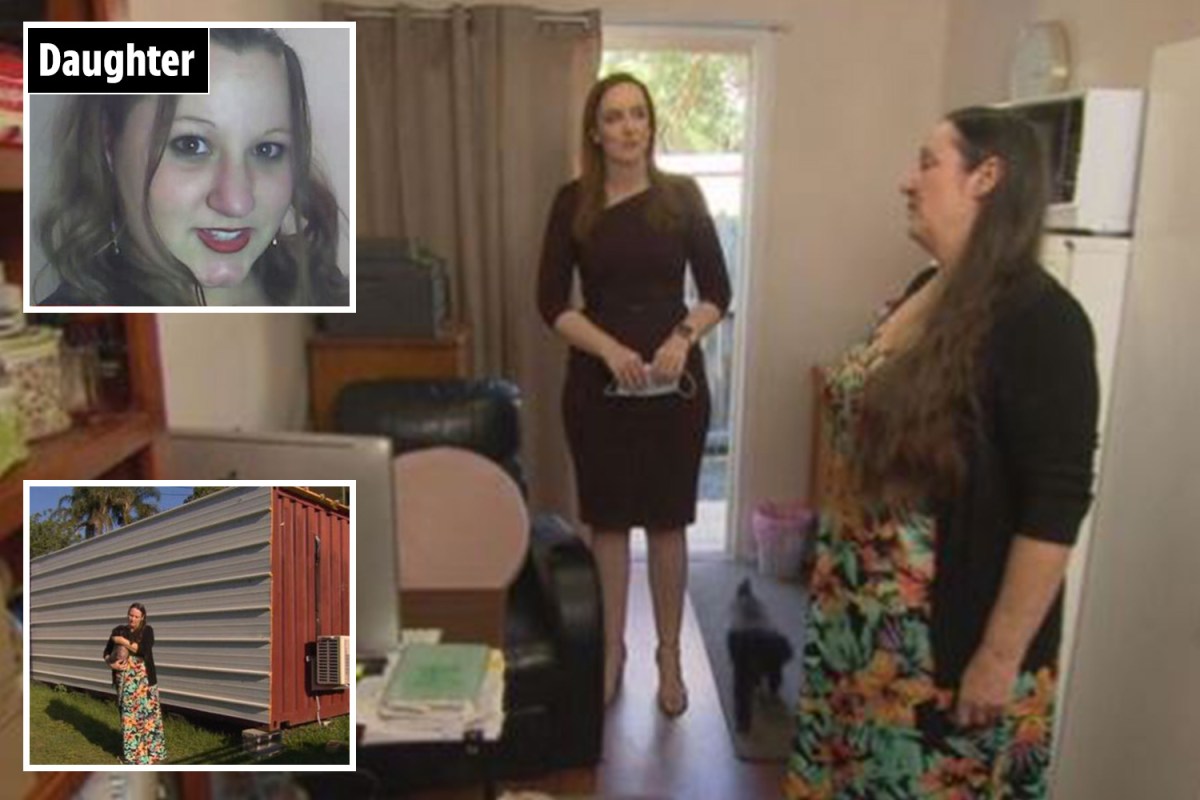 A MUM claims she is homeless and has been forced to live in a SHIPPING CONTAINER after he daughter kicked her out of her own house.

Varina Quinn, from Queensland, Australia, says she feels “betrayed” by her daughter and claims she hasn’t even been allowed to pick up her possessions.

The heartbroken mum says she lived alone at the house near Toowoomba for 15 years until her daughter Rachel moved home after breaking up with her boyfriend.

As she was left with “nothing”, Varina wanted to help Rachel get back on her feet and so offered to gift her the home – in exchange for lifetime tenancy.

The property was transferred into Rachel’s name in 2019 for the remainder of what was owed on the mortgage with a special condition the pair enter a lease – granting Varina lifetime tenancy.

But their deal was shattered in less than a year, as after a bust-up last October Varina claims Rachel demanded she leave.

“I feel like I’ve lost my daughter and my home,” she told A Current Affair.

“I was there for less than a year before she threw me out.

“She wanted me to leave immediately. So, she has all my possessions as well.

“She just kept repeating the words ‘when are you leaving’ … I was very upset. And I called my son and Caleb came, came up to pick me up.”

According to Caleb, Rachel told him: “Don’t ever bring her back here again”.

Varina is now living in a shipping container in her son’s front garden and claims she still has not got her belongings back.

Caleb claims Rachel allowed him to go over the day after the fight to collect some of his mum’s possessions – but says when he got there he was told he couldn’t take anything.

Varina added: “She has family photos. She has all my electronics, white goods, furniture. All my prepping supplies, all my tools.”

But after being approached by A Current Affair, Rachell rebutted her mother’s claims, insisting she is the “victim”.

“She’s got all my stuff, everything is at her place,” Rachel said.

“The home is open to her whenever she wants to come home.”

“I did everything she ever asked me to do. I didn’t kick her out. I’m the victim here.”

Varina says she’s been forced to file a civil claim in the district court.

“I mean, who would do this to their own family?” she added.

“Family, they protect each other. But in this case, she betrayed me.”