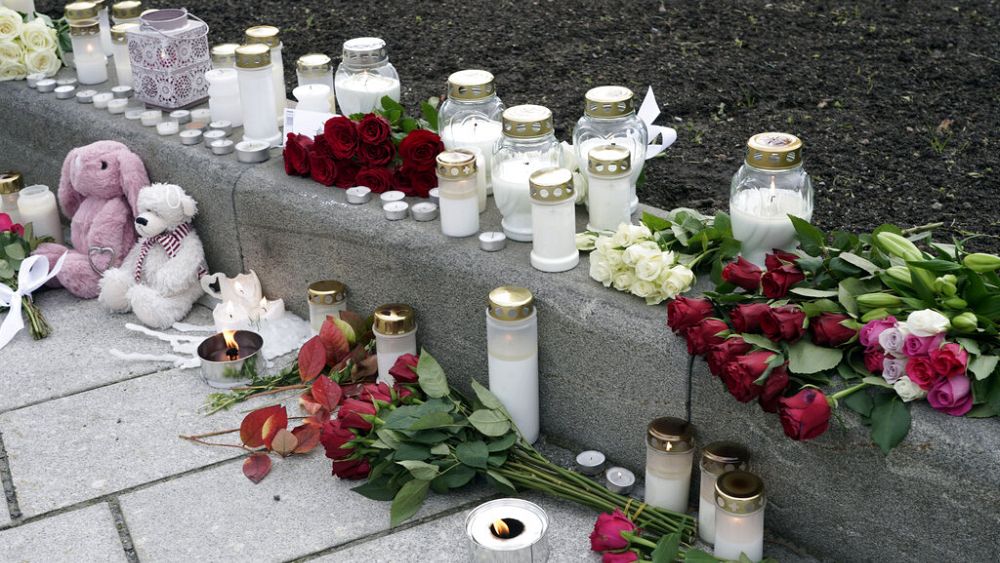 Norway’s new prime minister described the killings in Kongsberg as a “terribly cruel attack against innocent people” on his first day in office.

Jonas Gahr Stoere took office on Thursday, and announced he would visit the town on Friday where five people were killed in a bow and arrow attack security services say “appears to be terrorism”.

The man accused of being behind Wednesday”s attack is a Muslim convert who had previously been flagged as having been radicalised, police said.

He has been named by police as 37-year-old Espen Andersen Bråthen.

Norway’s domestic security agency, PST, said on Thursday the attack “currently appears to be an act of terrorism”, but added the investigation will shed more light on the motivation.

Five people were killed in the attack in Kongsberg, and three others were seriously injured. Police initially said there were two people seriously injured, but they updated the number to three on Thursday evening.

Police added the application to remand the suspect in custody will be considered by Buskerud District Court on Friday.

Erna Solberg, who was Norway’s acting Prime Minister until Thursday, described the attack against shoppers in the town, near Oslo, as “gruesome”.

“It is a very dramatic situation that hits the community in Kongsberg hard. The events shake us. I understand that many are afraid,” she said.

How did the attack in Kongsberg unfold?

The police said on Wednesday evening that a person had been seen shooting people with a bow and arrow in central Kongsberg, and they warned people to stay indoors.

On Thursday they gave a chronological breakdown of their response.

They made contact with the suspect but he escaped and wasn’t caught until 6.47pm.

He said it was now “reasonably clear” that some, if not all, of the victims were killed after the police had arrived.

The suspect was apprehended around 30 minutes after the first reports came in, after warning shots were fired. He was taken to a police station in nearby Drammen.

“We will return to a more detailed description of the course of events when we have a better overview of what happened,” said police inspector Øyvind Aas. “It goes without saying that this is a very serious and extensive situation.”

What do we know about the victims of the Kongsberg attack?

Police have confirmed that five people — four women and one man between the ages of 50 and 70 — were killed in the incident.

Three other people were injured and are in intensive care in hospital. One of those injured was an off-duty police officer, who was found in a supermarket, one of multiple locations where the attack took place in Kongsberg.

What do we know about the attack suspect?

Police said overnight on Wednesday that they had charged a man over the attack. He is a 37-year-old Danish citizen living in Kongsberg. On Thursday they named him as Espen Andersen Bråthen.

“There earlier had been worries of the man having been radicalised,” Saeverud told a news conference on Thursday morning.

Earlier, law enforcement said they believed he was the sole attacker, and there was no active search for another attacker.

In a statement, the security agency PST said: “Attacks on random people in public places are a recurring modus operandi among extremist Islamists carrying out terror in the West.”

It said “the most probable scenario” for such an attack in Norway “is an attack carried out by one or a few perpetrators with simple weapon types, against targets with few or no security measures.”

What has been the reaction to the attack?

The new prime minister, Jonas Gahr Stoere, who presented his cabinet and took office on Thursday, called the assault “a cruel and brutal act” in comments to Norwegian news agency NTB.

People have “experienced that their safe local environment suddenly became a dangerous place,” Norwegian King Harald V said Thursday. “It shakes us all when horrible things happen near us, when you least expect it, in the middle of everyday life on the open street.”

Solberg, Norway’s outgoing PM, said on Wednesday night: “A man has killed several people in Kongsberg and several are injured. Police confirm that the perpetrator has been arrested. As far as the police know now, the perpetrator was alone. It is important to emphasise that there is much we do not know yet. It is too early to say anything about the motive behind the actions, but the police are considering whether it is a terrorist act.

“The messages coming from Kongsberg tonight are gruesome. The perpetrator has carried out horrific acts against several people. It is a very dramatic situation that hits the community in Kongsberg hard. The events shake us.

“I understand that many are afraid. Therefore, it is important to emphasise that the police are now in control of the situation. Our thoughts go first and foremost to those affected and to those closest to them.”

Mass killings are rare in low-crime Norway, and the attack immediately drew comparisons with the country’s worst peacetime massacre a decade ago, when a right-wing domestic extremist killed 77 people with a bomb, a rifle and a pistol.