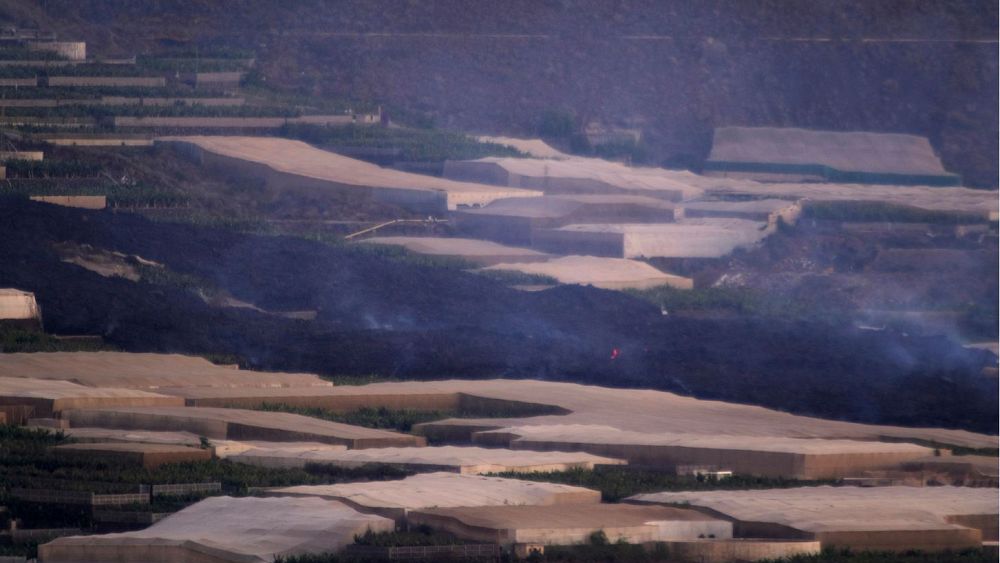 The Spanish island of La Palma has been shaken by the strongest earthquake since last month”s volcanic eruption.

At least sixty tremors in total were felt, as the Cumbre Vieja volcano continued to spew fiery rivers of lava.

Authorities have ordered 300 more residents to evacuate from the towns of Tazacorte and La Laguna.

Emergency crews gave residents a few hours to collect their belongings and pets before heading to a meeting point on Thursday.

“This decision is taken due to the anticipation of the advance of the lava flow that runs further to the Northwest and its proximity to the boundary zone of the already evacuated perimeter,” emergency services said on Twitter.

The eruption on September 19 has so far forced more than 6,000 to abandon their homes on the island of La Palma.

More than 1,500 buildings have been destroyed by lava flows, as well as 640 hectares of land on the western side of the island.

The flow from three rivers of molten rock has broadened to more than 1.7 kilometers, the La Palma government said.

The eruption is now in its fourth week and Spanish authorities said they were expecting the lava flow to keep spreading northwest from the volcano. All airports in the Canary Islands are currently fully operational.