Mum’s horror as daughter, 6, is killed after off-road buggy she was in with six other children flips over 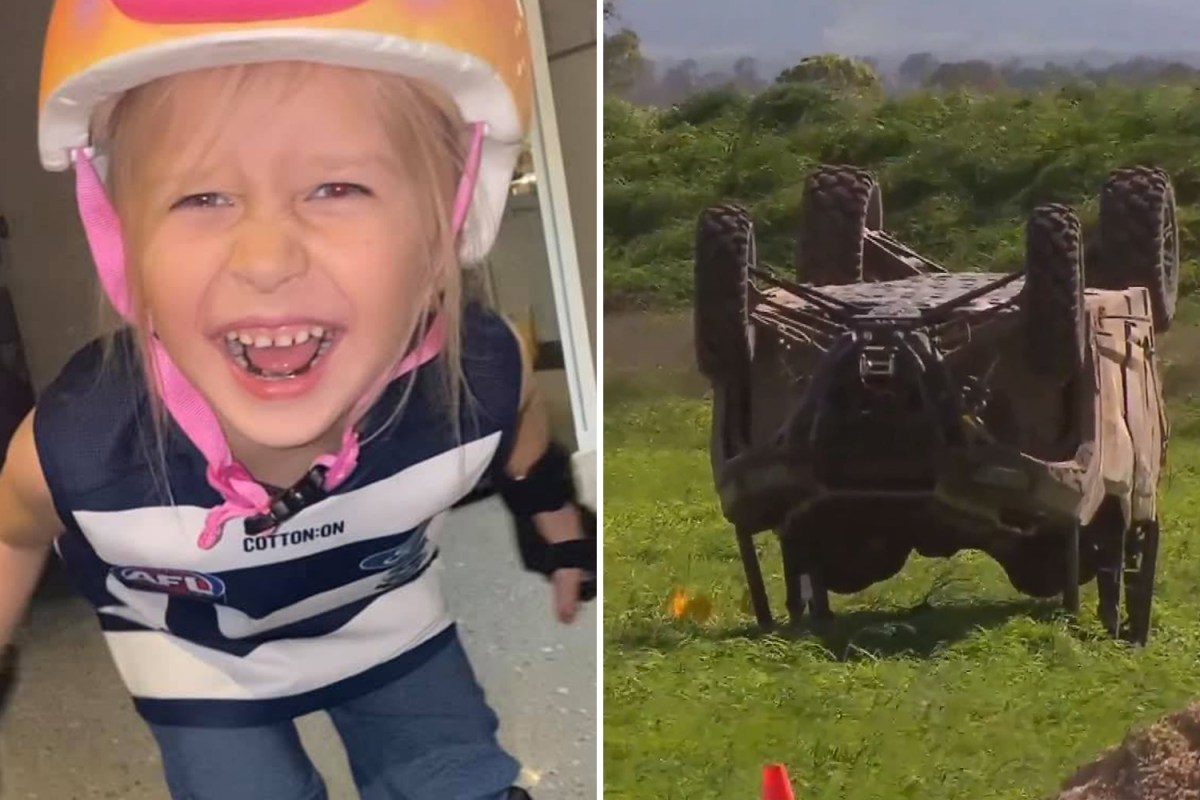 A MUM was left horrified after her six-year-old daughter was killed when the buggy she was in with six other children flipped over.

The tragic incident happened on Saturday in Rosedale, Australia when the off-road buggy rolled into a paddock.

Cops said there were five girls and two boys in the vehicle which was driven by a 33-year-old man.

Olivia Stevens,6, was airlifted to the Royal Children’s Hospital with life-threatening injuries but died later as a result of the crash, report the Brisbane Times.

Her mum Yana Stevens told Nine News on Monday: “We are all broken. Our family is just shattered, and I don’t know if we’re ever going to be the same.”

She described her as a girl who was always happy, had a passion for animals, and loved a cuddle and a story at night.

“She’s still around, she’s still here. The house is quiet without her,” she added.

Another four-year-old girl was also airlifted to the Royal Children’s Hospital with serious injuries.

Five other children were assessed by paramedics and were taken to the hospital with non-life-threatening injuries.

Victoria Police have now charged the alleged driver of the buggy 33-year-old Damien Gibson who appeared in Sale Magistrate’s Court on Monday via video.

He has been charged with culpable driving, dangerous driving causing death, reckless conduct endangering life, and recklessly causing injury over the buggy incident.

He has been bailed to reappear in court again on January 18 next year.

0 comments on “Mum’s horror as daughter, 6, is killed after off-road buggy she was in with six other children flips over”