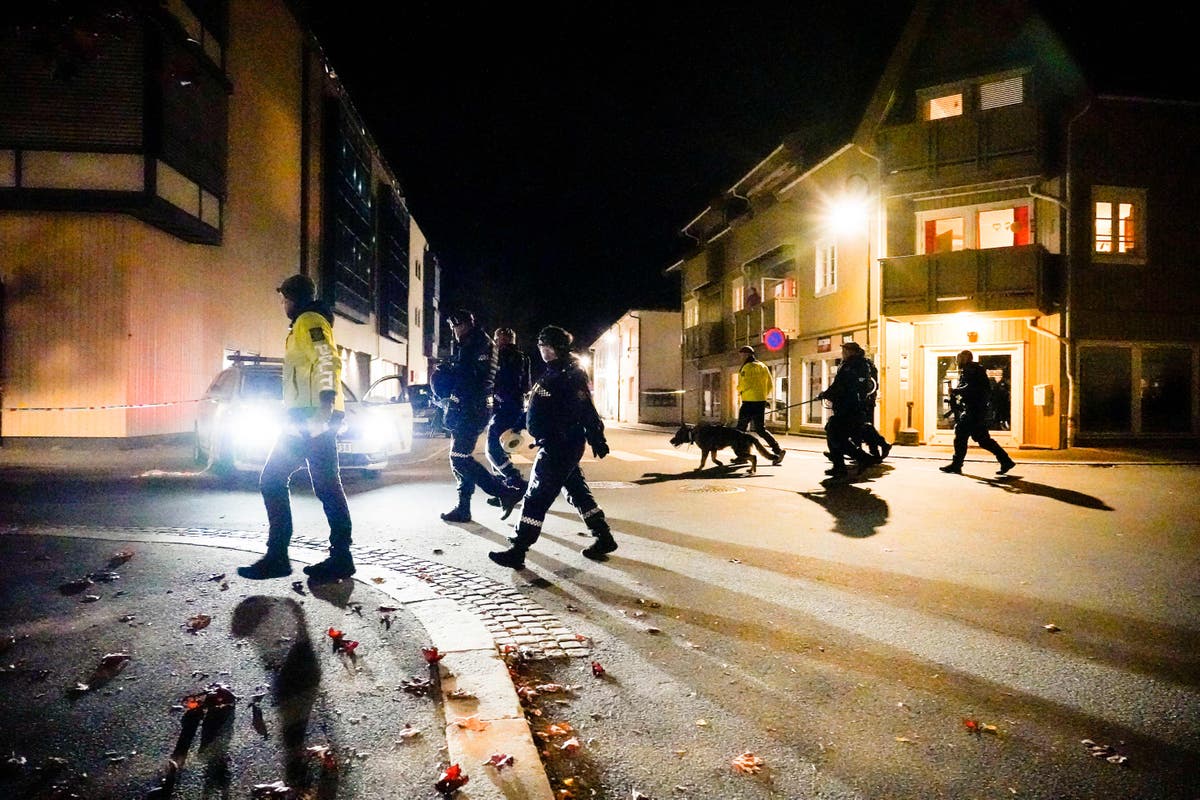 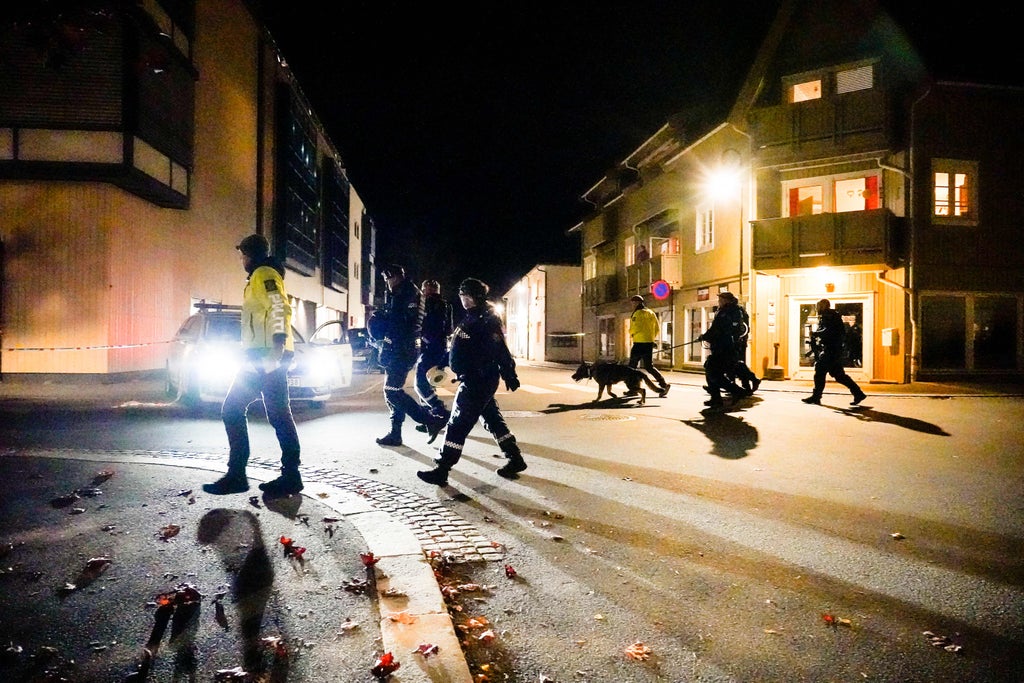 Multiple people have been killed and others injured by a man who attacked them with a bow and arrows in the Norwegian town of Kongsberg, police say.

The suspect was apprehended after the attack on Wednesday night in the town, which is 50 miles south-west of the country’s capital, Oslo.

“The man has been apprehended … from the information we now have, this person carried out these actions alone,” said police chief, Øyvind Aas.

“Several people have been injured and several are dead.”

He added that there were “several crime scenes” but did not confirm the exact number of people killed or injured in the attack in the town of 28,000 residents.

Norway’s minister of justice and public security, Monica Maeland, has received updates on the attacks and was closely monitoring the situation, the ministry said.

Eyewitness says attacker stood with arrows in a quiver

An eyewitness has told local outlet TV2 that she saw people running around and a woman taking cover, according to AFP news agency.

She said she saw a “man standing on the corner with arrows in a quiver on his shoulder and a bow in his hand.”

“Afterwards, I saw people running for their lives. One of them was a woman holding a child by the hand,” the eyewitness said.

The suspect arrested over the killings is a 37-year-old Danish citizen who had been living in Kongsberg, police said, according to the NTB news agency.

The defence counsel of the alleged attacker said that the accused is cooperating with the police and explained in detail about what happened.

The attacker “acted alone” and there are several crime scenes in a large area as the perpetrator walked around during the attack, police said.

At least five people have been killed and others injured by a man using a bow and arrows to carry out attacks in a Norwegian town, police have said.

Officers said a suspect had been detained following the incident in Kongsberg on Wednesday and that a probe was underway to establish whether the attack amounted to an act of terrorism.

“The man used a bow and arrow … for some of the attacks,” police chief Oeyvind Aas told reporters on Wednesday. Officers were investigating whether other weapons had also been used, he said.

Tom Ambrose has the details.

Swedish PM: My thoughts are with the victims and their loved ones

New Prime Minister Jonas Gahr Store, who is expected to take office Thursday said: “What we have heard from Kongsberg tonight testifies that a cruel and brutal act has been committed.

“We still know little about what happened and what is behind it, but we know that several innocent people were killed and that several were injured.

“My thoughts and deepest sympathy are with those affected, their families, and with the police, the health workers who are now working full time to assist those who need help.”

Sarkis Younan, who lives next to the Coop Extra store where the attack reportedly took place, told local media: “I was sitting and watching Squid Game when I suddenly saw and heard sirens.

“I thought it was in the TV series. Suddenly I heard the police screaming like hell: ‘Put down your weapon!’”

The country’s worst peacetime slaughter was on July 22, 2011, when right-wing extremist Anders Breivik set off a bomb in the capital of Oslo, killing eight people.

Then he headed to tiny Utoya Island, where he stalked the mostly teen members of the Labor Party’s youth wing and killed another 69 victims.

Breivik was sentenced to 21 years in prison, the maximum under Norwegian law, but his term can be extended as long as he’s considered a danger to society.

Pictures from the scene

Following the attacks, the police directorate said it had ordered officers nationwide to carry firearms.

Norwegian police are normally unarmed but officers have access to guns and rifles when needed.

The US congresswoman was quick to chime in on the tragic mass arrow showing in Norway, saying Norway has some of the strictest gun laws around.

“Yet mass killings still occur,” she said in a tweet. “Liberals need to understand it is not the gun – it is the criminal who commits the act!”

It has been more than a decade since extremist Anders Behring Breivik set a bomb off in Oslo’s government district before going on a shooting massacre at the summer camp of the country’s Labor Party’s youth organization on Utoya island.