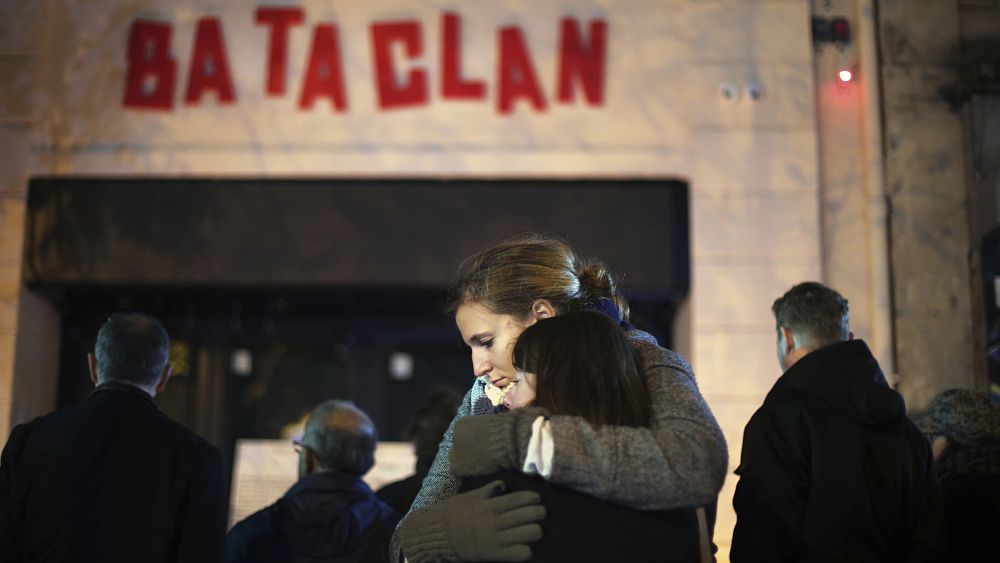 The first police officer to arrive at the Bataclan concert hall in Paris as it was under attack by fighters from the so-called Islamic State recalled stepping into the “unknown” as he gave a chilling account of the tragic night.

The tall, grey-haired superintendent — testifying anonymously at the trial into the November 13, 2015, terrorist attacks in the French capital — told the court of the “extreme confusion” on the police radio after reports of an explosion at the Stade de France, just north of Paris, and shootings in the capital.

Keeping his hands together and speaking in a monotone throughout, he recalled how he and a colleague, both from the Anti-Criminality Brigade (BAC), stopped their car to think. Then, at 21:47, an alert about gunfire at the nearby Bataclan reached them.

When they arrived, it was to a scene of chaos, the officer told the court, a few bodies were on the floor, barriers in front of the venues had been knocked down on the pavement, and a man was shouting on his phone: “There’s an attack!”

Gunfire could be heard inside.

“Suddenly,” the doors of the venue flew open, and “a compact mass ran towards us, screaming”. He raised the alarm, then “we had to make a decision”.

“In front of us, swinging doors, the unknown. We didn’t know the configuration of the place. The only thing we knew for sure was that there were terrorists slaughtering innocent people and waiting for us with weapons of war.”

“We have to go,” he recalled telling his partner.

“Bodies, a carpet of bodies, bodies everywhere, entangled,” was what awaited them inside. “No words can describe what we saw,” he told the court.

What was particularly striking, he noted, was the “contrast” from the chaos of gunshots and screams to “nothing, not a sound”.

“The smoke from the shots was still in the air,” he went on, when he heard a voice, turned around, and saw one of the three assailants holding a spectator at gunpoint and yelling at him to “get down on the ground”.

“The man moves forward, hands on his head, looking resigned, he starts to kneel down,” he said.

The officers took up their position and fired six times. The assailant collapsed but triggered his explosive belt, resulting in “a shower of confetti” of “human flesh”, the superintendent recalled.

Shot at, they sheltered and took a moment to say “goodbye” to their loved ones, he said. “My teammate by SMS, me by phone, 5-6 seconds maximum, without waiting for the answer”.

The officers entered the venue three times, although the final assault against the assailants was carried out by officers from the Research and Intervention Brigade (BRI).

“The first time was unknown, (afterwards) we knew. And it was even more terrifying,” he said.

In the pit, some of the wounded were calling out, others despairing: “What are you doing, why are you taking so long?”

“We could hear death spreading and we couldn’t do anything,” he said. “It was unbearable.”

When reinforcements arrived, they began to evacuate the wounded. The officer recalled “the face of the first young man” rescued from the pit, and “the five-year-old boy with noise-cancelling headphones on” who was pulled from under a dead body.

A lawyer for the civil parties stood up at the end of the officer’s testimony to tell the court that “his parents are in the room”.

“I would like to express their deepest gratitude,” the lawyer added. Others followed suit.

The police left the scene at around 3.30 am.

“We talked, we comforted each other and then in the early morning, everyone went to bed. Then we tried to live like before. That’s it,” the superintendent said.

Asked by the presiding judge if he can live like he used to, he replied: “The necessary steps have been taken in terms of psychological support. But we remain scarred for life.”

A total of 130 people lost their lives that night, 89 of which at the Bataclan, in the deadliest jihadist attacks on French soil.

The historic trial of the 20 men charged in the November 13, 2015, terror attacks in Paris opened on September 8 and is expected to last nine months.

The trial is unprecedented in France because of the size of the case and the number of civil parties. The testimonies of survivors and relatives of the victims will start on September 28 and take five weeks.