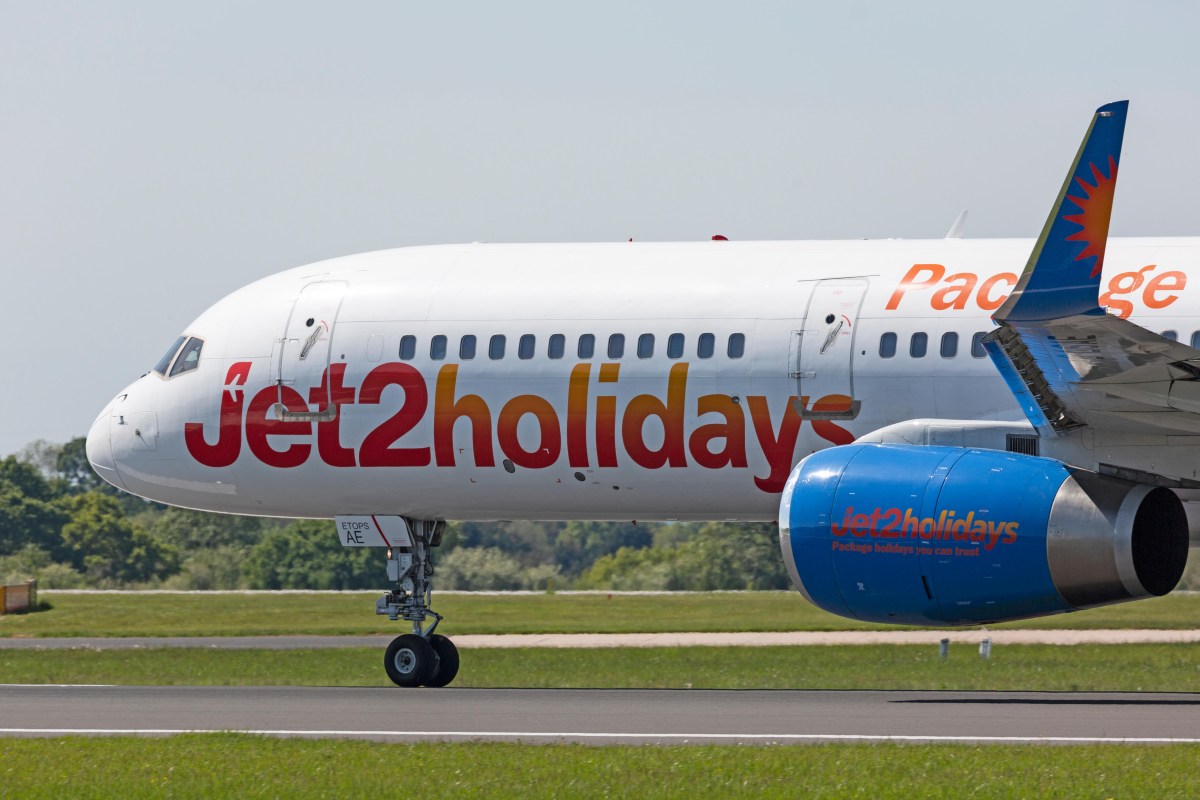 A MYSTERIOUS smell has terrified passengers on a Jet2 flight from Ibiza.

Travellers were left stranded on the runway for two hours while engineers examined a “technical fault”.

Some holidaymakers were being taxied to the back of the plane after reportedly noticing a strange smell and feeling heat come through the aircraft walls, according to the Manchester Evening News.

The distressing scenes left one woman suffering a panic attack and another begging to come off.

The plane was then taken back to the hangar, causing further delays.

It’s understood that flight LS170 to Manchester took off with all passengers on board just two hours after its scheduled departure time of 11:30am.

The flight landed back in England on Monday afternoon at 3:20pm.

One passenger, who wished not to be identified, said: “I was at the front of the plane and we just heard this commotion coming from the back, everyone was standing up and there was shouting and panic.

“It was really scary, we didn’t know what was going on. I grabbed my passport and phone and put my shoes back on just in case we had to evacuate.

“One woman told her children to take their seatbelts off, no-one knew what was going on.”

Jet2 said the panic was caused by one “nervous” flyer.

In a statement on Monday night, it said: “Flight LS170 was delayed earlier today after some routine checks, as well as the aircraft having to return to stand shortly after push back due to a nervous customer onboard.

“The flight subsequently took off and landed at Manchester Airport as normal.”