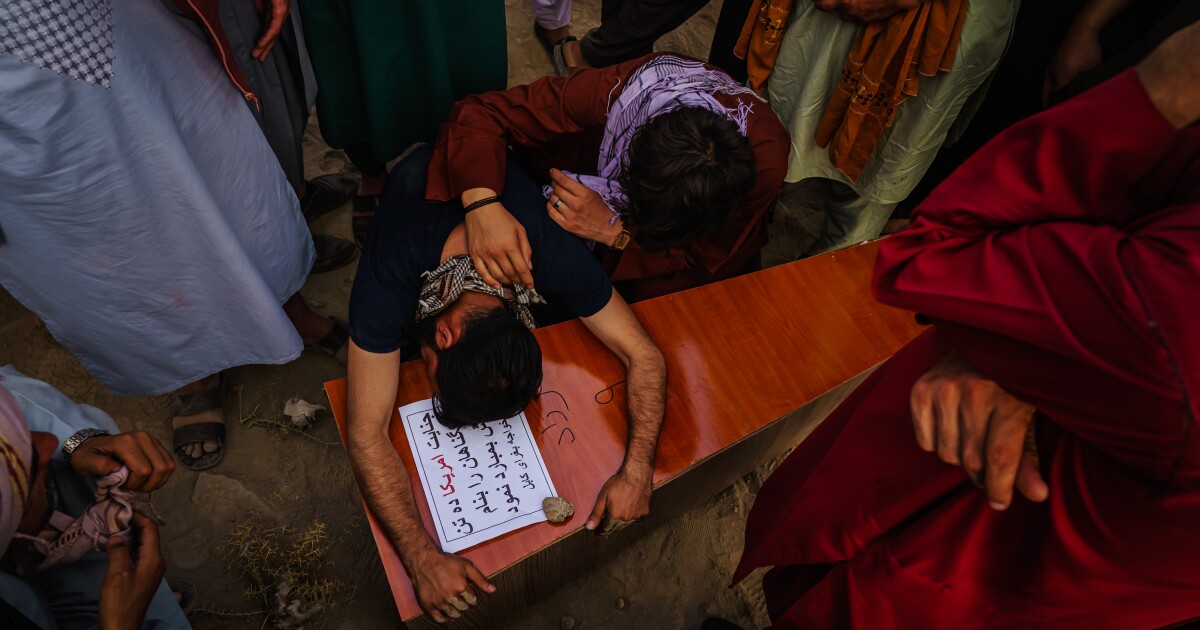 Relatives and neighbors on Monday told Los Angeles Times journalists that a massive explosion rocked a working-class neighborhood west of Hamid Karzai International Airport in Kabul, Afghanistan, just as Zamari Ahmadi, a 40-year-old husband and father, was arriving home from work about 4:30 on Sunday afternoon. Children had run to greet him as his Toyota Corolla was pulling into the garage, they said, and were caught up in the explosion. Ahmadi and at least nine others died, seven of them children, including five younger than 5 years old, according to the relatives’ accounts. An empty family vehicle was also incinerated.

Relatives, who blamed the United States for the deaths, said they had heard a drone buzzing shortly before the blast.

The first official confirmation of the episode came from the U.S. Central Command, or CENTCOM, which announced that Sunday’s strike had hit its intended target, an explosives-laden vehicle carrying would-be suicide bombers from the Afghan affiliate of the militant group Islamic State.

A spokesman, U.S. Navy Capt. Bill Urban, initially said there were no indications that Afghan civilians were killed or wounded. In a subsequent statement, Urban said the Pentagon was aware of reports of civilian casualties and was investigating. “We would be deeply saddened by any potential loss of innocent life,” he said.

0 comments on “Photos: A blast in Afghanistan kills 10 family members”