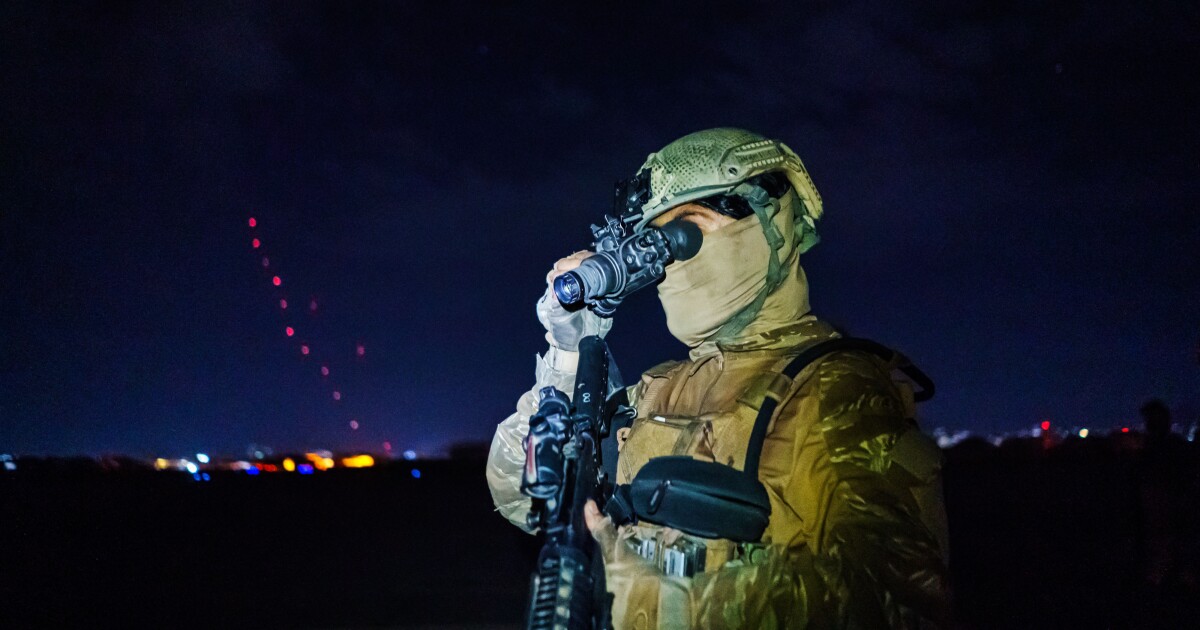 When Taliban fighters rode triumphantly into Kabul airport early Tuesday, they did so on U.S. pickup trucks, wearing American-made uniforms and brandishing American M4 and M16 rifles. Then they spent hours examining the bonanza of materiel that U.S. troops unintentionally bequeathed them in what had been the United States’ last redoubt in Afghanistan.

The group’s blindingly fast sweep through most of Afghanistan netted it billions of dollars’ worth of U.S. military equipment and weaponry given to the Afghan National Defense and Security Forces, which collapsed in the 11 days before the Taliban seized Kabul, the capital, on Aug. 15. Afghan soldiers who didn’t surrender shed their uniforms and gear and fled, following many of their military and political leaders.

“This is ghanima,” said one uniformed Taliban fighter: war booty. With a gloved hand, he snapped up the night-vision goggles on his ballistic helmet, looking like the very model of an Afghan soldier the U.S. had tried to help create to eliminate people like him. He walked inside a hangar and gawked with his squad mates at the U.S. Embassy helicopters gleaming under powerful overhead lights.

For their effort, Taliban fighters reaped almost 2,000 Humvees and trucks; more than 50 armored fighting vehicles, including Mine-Resistant Ambush Protection vehicles, or MRAPs; scores of artillery and mortar pieces; more than a dozen aging but working helicopters and attack aircraft; a dozen tanks; seven Boeing-manufactured drones; and millions upon millions of bullets, according to a list compiled by the Oryx Blog, which tracks weapons used in conflicts.

Many of the items had been disabled by departing U.S. troops or are beyond the ken of Taliban fighters to operate. But a bitter result of the chaotic Western withdrawal from Afghanistan is that the very group the U.S. ousted 20 years ago is not only back in power but better equipped militarily than ever before to repel adversaries and enforce its brand of repressive rule.

0 comments on “Photos: Military equipment the U.S. left in Afghanistan”