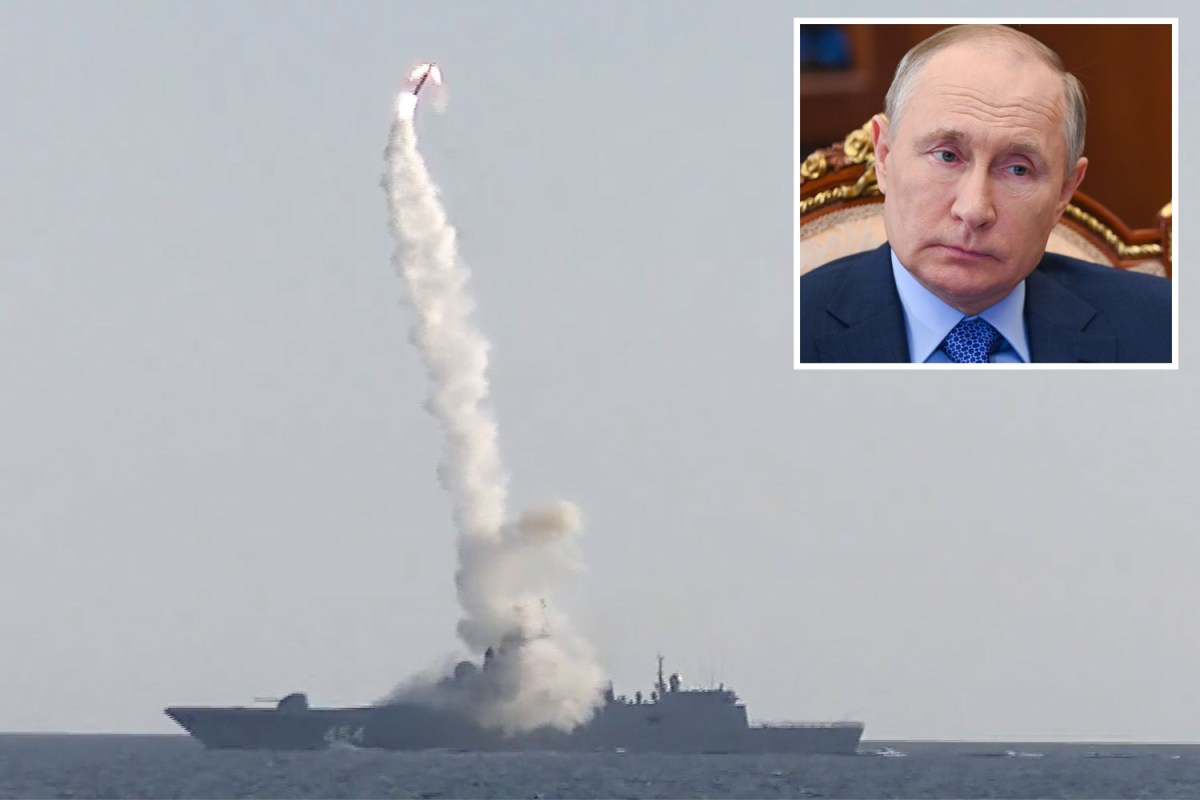 VLADIMIR Putin today boasted that Russian hypersonic nukes capable of wiping out entire US cities are already “on alert”.

The Russian leader sparked World War III fears as he revealed his country has developed a weapon that flies more than five times faster those being developed in the States.

Speaking at an energy forum in Moscow, Putin said: “This is not just a hypersonic, this is an intercontinental missile.

“This is a much more serious weapon than you just said. And they are already on alert in Russia.”

However, he insisted nowhere is directly under threat, and similar systems are being developed around the world.

Putin added: “There is nothing unusual here. The high-tech armies of the world will have such systems, they will, and in the near future.

“We do not abuse this, we do not threaten anyone.”

Russia last week revealed it had successfully test fired its new lethal Zircon hypersonic missile from a submarine for the first time.

Video footage showed the 6,670mph rocket being fired from the nuclear-powered sub Severodvinsk before streaking into the night sky.

The weapon was launched from the surface in the White Sea and successfully hit a target in the Barents Sea, the defence ministry said.

Russia claims the “unstoppable” Mach 9 missile is able to evade all Western defences.

The Russian announcement followed the Pentagon revealing the US had tested an air-breathing hypersonic weapon capable of speeds faster than five times the speed of sound.

It also comes as Russian officials declared the country considers the self-ruling island of Taiwan to be part of the People’s Republic of China.

Russian Foreign Minister Sergey Lavrov said: “Russia, like the overwhelming majority of other countries, considers Taiwan to be part of the People’s Republic of China.

“We have proceeded and will proceed from this premise in our foreign policy.”

It further affirms Russia’s alliance with China against the US.