Richest women in the world, ranked by net worth 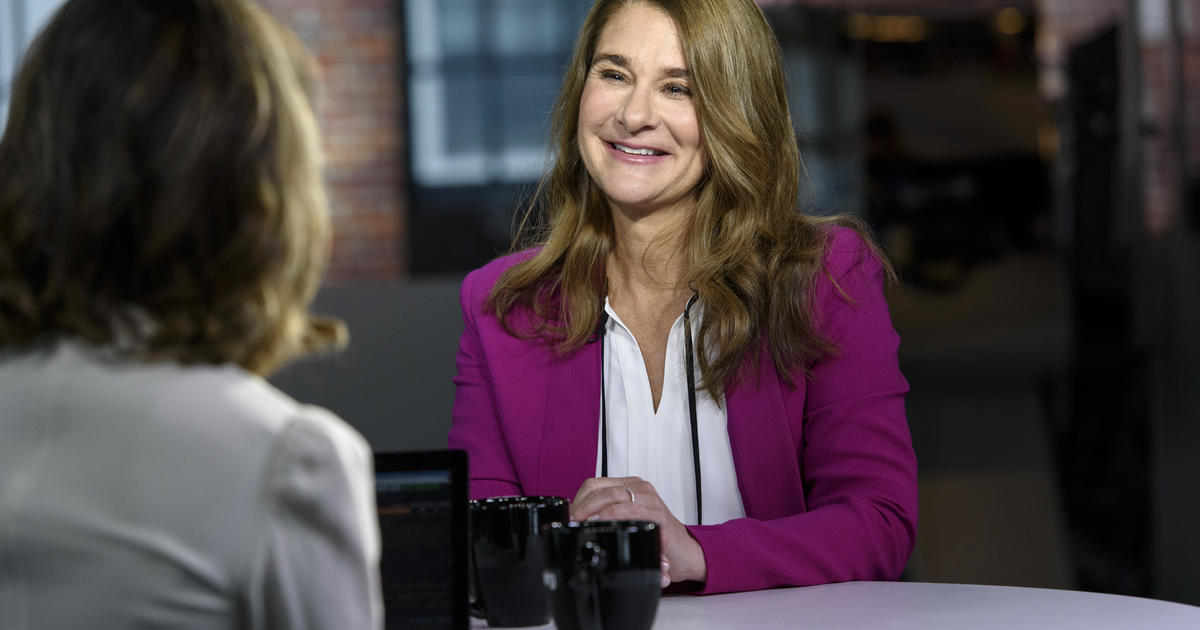 Who is the richest woman in the world?

According to Bloomberg’s Billionaire Index, there are currently no women ranked in the top 10 richest people in the world. Today, the world’s richest woman ranks at No. 11, behind the likes of Jeff Bezos, Warren Buffett and Larry Page.

On May 3, 2021, Bill and Melinda Gates announced they were divorcing, after 27 years of marriage, and that divorce was reportedly finalized in August. Though the details of the divorce settlement have yet to be made public, Ms. Gates may find herself on this list in due time. Bill Gates is the fourth-richest man in the world, with a net worth around $149 billion, as of September 2021.

But until we learn more financial fallout from the Gates’ split, here is the list of the 50 richest women on Earth.

Much of the world’s wealth depends on a constantly fluctuating stock market; these were the rankings as of September 2021.

Wang and her brother, Wang Laisheng (not pictured), became chair and vice chair, respectively, in 2004.

Nancy Walton Laurie, the daughter of the late Bud Walton, inherited a portion of her father’s Walmart stake when he died in 1995.

Pauline MacMillan Keinath, an American heiress, is believed to be the largest shareholder of her family’s food company, Cargill. Her great-grandfather, William Wallace Cargill, founded the company in 1865.

Cargill deals in agricultural commodities, like grain and livestock, and produces food ingredients, like starch and glucose syrup.

Swedish-born Rausing owns one-third of Tetra Pak, a Swiss company that revolutionized antiseptic food packaging in the 20th century. She inherited her stake in the company from her late father.

Thomson, a Canadian heiress, owns 14% of Woodbridge Company, a privately held investment firm based in Ontario. The Thomsons are one of Canada’s richest families.

Chinese executive Cheng Xue is the vice-chair of Foshan Haitian Flavouring, based in Foshan, China.

The company is the world’s largest soy sauce manufacturer. She has worked there since 1997.

She is a German-Swiss entrepreneur and vice chair of the Liebherr Group, a manufacturing firm that produces primarily construction equipment.

She inherited control of the business when her father died in 1993.

Shu Ping was another co-founder of Sichuan-style hot-pot chain Haidilao in 1994. The restaurant’s name means “deep sea dredging” in Chinese.

The company, which also owns a hotel in the Eastern Chinese city of Nanjing, offers career training to more than 1 million teachers and public servants.

This Chinese chairwoman’s fortunes have grown incredibly quickly since her company made its debut on the Shenzhen Stock Exchange in September 2020.

She is the chair of IMEIk Technology Development, a company that makes medical-grade beauty products like skin fillers.

Shari Arison is the owner of Arison Investments, a position she inherited when her father died in 1999.

Arison is the wealthiest woman in Israel.

A Russian entrepreneur of Korean descent, Bakalchuk is the CEO of Wildberries, Russia’s largest retail site.

She is the first self-made woman billionaire out of Russia.

Her sister, Abigail, is currently the CEO of the company.

Ronda Stryker is an heir to the Stryker Corp. medical equipment manufacturing fortune.

Stryker has been a director of the U.S. company for more than 30 years.

A German businesswoman, Mohn was married to Bertelsmann media magnate Reinhard Mohn until his death in 2009. Since 1999, Liz Mohn has played a leading role at Bertelsmann.

In 2009, Liz Mohn succeeded her late husband as the head of the company.

Tamara Hughes Gustavson’s late father was the founder and chairman of Public Storage.

Gustavson is the company’s largest shareholder.

Like her sister, fellow billionaire Magdalena Martullo-Blocher, Rahel owes her fortunes to an inherited stake in the family’s chemical manufacturing company, Ems-Chemie.

Unlike her CEO sister, Rahel isn’t actively involved in the company’s operations.

Martullo-Blocher is the CEO of the Swiss chemical manufacturing company Ems-Chemie.

She took over the CEO role in 2004 when her father, Christoph Blocher, was elected to the Swiss Federal Council.

She was born and raised in Hawaii.

Walton inherited a fraction of her husband’s fortune when he died in a plane crash in 2005.

Habert-Dassault’s father was French billionaire and aerospace tycoon Serge Dassault. She and her three brothers inherited their father’s wealth when he died in May 2018.

She served as president of the supervisory board of the family’s Dassault Group conglomerate but stepped down in 2019.

She holds a master’s degree in psychology and economics.

Before getting into the pharmaceutical business, Zhong was a chemistry teacher.

Zhou is the chairwoman and founder of major touchscreen manufacturer Lens Technology.

The youngest of three children from a poor family, she is considered to be self-made.

She started her career as a journalist.

She is also on the board of directors of Fiat Chrysler Automobiles. Her sisters are Pamela Mars-Wright, Marijke Mars and Victoria B. Mars.

She is also a supervisory board member of Dutch brewing company Heineken International.

Victoria Mars is an heiress to the Mars Inc. fortune.

Marijke Mars and her sisters each inherited an estimated 8% of Mars Inc. when their father died in 2016.

Savitri Jindal is the richest woman in India.

She married Indian steel and oil magnate O.P. Jindal in 1970. She became the chairperson of the Jindal Group when her husband died in 2005.

But it wasn’t just industrial capital that Jindal inherited. She was also elected to her late husband’s legislative seat in India’s Haryana state. She served in the state legislature from 2005 to 2014.

Sherry Brydson is among Canada’s richest people. Through a private holding company, she is the controlling shareholder of Thomson Reuters Corp. Her grandfather, Roy Thomson, founded the Thomson Corp. in 1934.

Fan is the chairwoman of Hengli Petrochemical Co., a Chinese research and development firm that produces polyester fiber products.

In this photo, an employee answers the phone in the company’s lobby.

Charlene de Carvalho-Heineken inherited a 25% controlling stake in Heineken International when her father died in 2002.

She is now an executive member of the Dutch company’s board of directors.

She sits on the company’s advisory board.

Via her late husband, Safra and her family are guardians of the vast Safra fortune, which including banking interests in Switzerland and Brazil.

The portfolio also includes London’s Swiss Re skyscraper, also known as the Gherkin.

Jorge Larrea had been known as Mexico’s “copper king” until his death in 1999.

Gina Rinehart is an Australian mining heiress and chairperson of Hancock Prospecting.

Her father, who founded the company, died in 1992.

Iris Fontbona inherited her wealth when her husband, Andrónico Luksic Abaroa, died in 2005.

Fontbona is the wealthiest person in Chile.

She inherited the stake when her husband, E. Pierce Marshall, died in 2006.

Susanne Klatten is a German heiress.

Klatten inherited large stakes in many companies — including BMW and pharmaceutical manufacturer Altana — when her father died in 1982.

In 2004, she founded the Emerson Collective, an LLC that focuses on social justice issues and immigration reform.

Yang Huiyan of China is the wealthiest woman in Asia.

She received a majority stake in Country Garden Holdings, a real estate development company, from her father in 2007.

In January 2021, billionaire Sheldon Adelson died at 87. Now, his widow is listed as one of the richest women on Earth.

Here, U.S. President Donald Trump presents Adelson with the Presidential Medal of Freedom during a ceremony in the East Room of the White House in Washington, D.C., U.S., on Friday, Nov. 16, 2018.

Abigail Johnson has served as the CEO of Fidelity Investments since 2014.

Her grandfather, Edward C. Johnson II, founded the company in 1946.

Jacqueline Mars (center) is the daughter of Forrest Mars, Sr., and heiress to the Mars family fortune.

She’s the aunt of the younger Mars sisters.

MacKenzie Scott, formerly MacKenzie Bezos, joined Twitter on April 4, 2019 to announce that she would retain control of 25% of the former couple’s shares in Amazon after her divorce from Amazon founder Jeff Bezos.

Since then, she’s donated billions to charity.

Alice Walton is the daughter of Walmart founder Sam Walton.

She is an avid art collector and founded Crystal Bridges Museum of American Art in Bentonville, Arkansas.

French L’Oréal heiress Françoise Bettencourt Meyers is the richest woman in the world.

She is No. 12 on the list of the world’s richest people.

0 comments on “Richest women in the world, ranked by net worth”