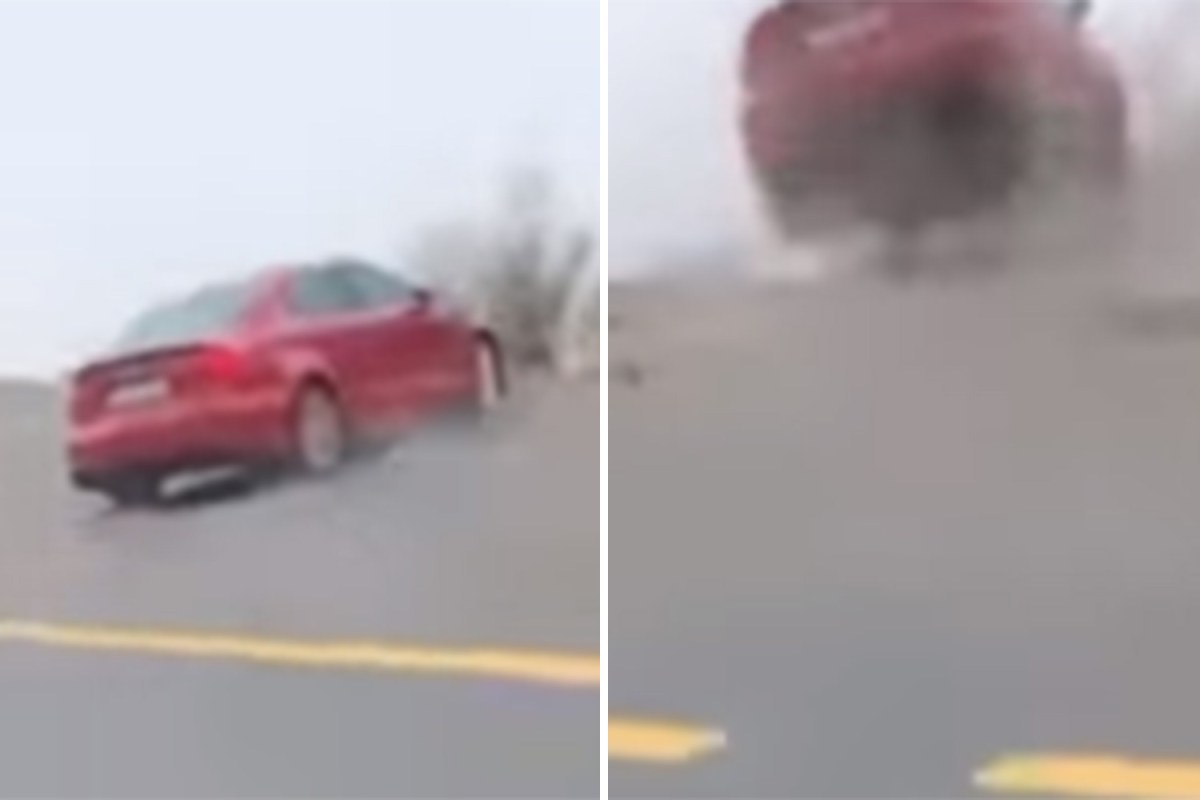 THIS is the shocking moment a speeding car plunges off a mountain top but the driver miraculously survives.

Footage of the incident shows a red Audi speeding past a motorcyclist before slamming on the breaks and losing control.

The driver bulldozes through concrete bollards and off the side of a mountain road.

Thankfully, the driver survived and shared images of his smashed-up car with a collapsed exhaust and a front bumper that was almost completely demolished.

The accident occurred on Al-Hada Road – which can rise up to 6,500ft above sea level – in the hilly region of Taif Governorate in Saudi Arabia on Friday, according to local reports.

Footage uploaded to YouTube captures the petrol-head driver speeding up to overtake a car in front but is suddenly cut off.

The car swerves uncontrollably before crashing into large concrete barriers and plunging off a cliff in a clip that’s been widely shared on social media.

According to sources for MiddleEastIn-24, the accident took place in Al-Kur area and the car veered off the slope at Jabal al-Hada.

No deaths were reported but the driver did sustain minor bruises.

The red sports car was left complete smashed up.

Footage shows the car missing its front bumper, a broken exhaust, and most its sides smashed up.