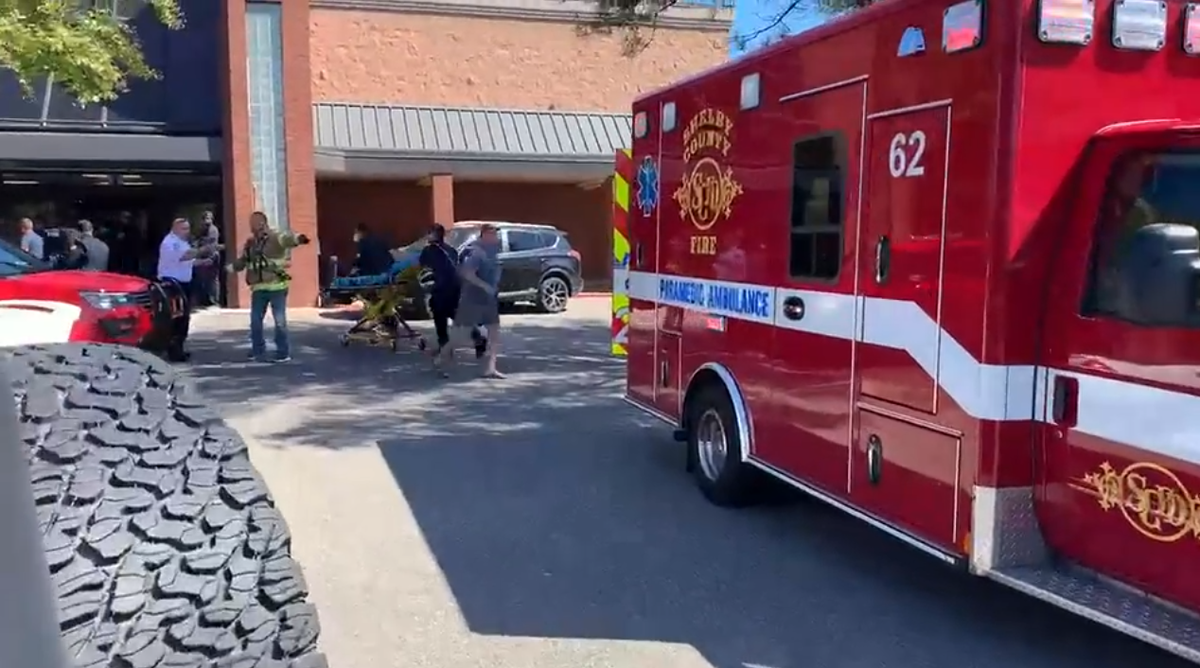 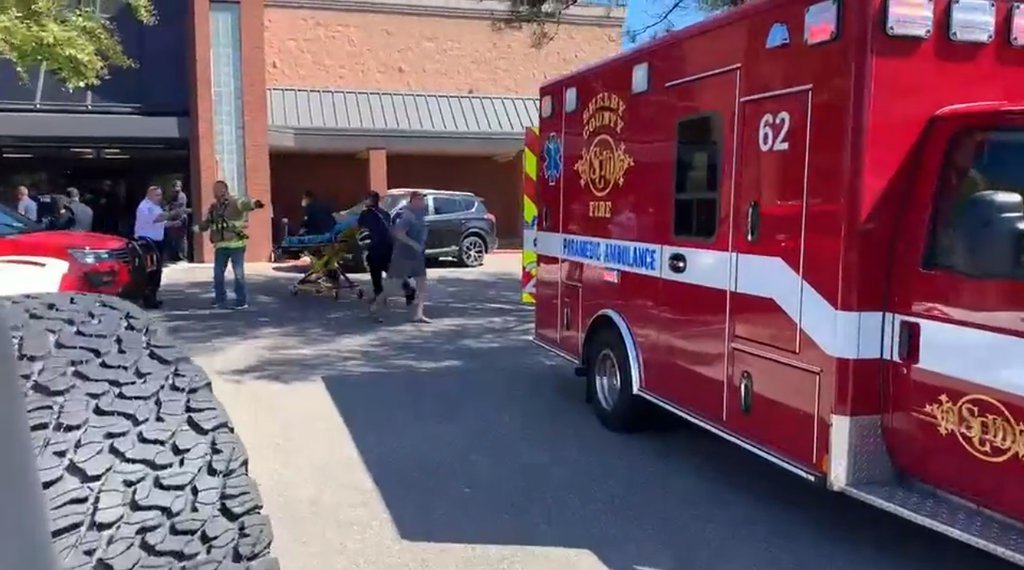 At least one person was killed and another 14 shot in a mass shooting near Memphis, Tennessee. At least four were in a critical condition, while five were non-critical.

The shooter is deceased from a self-inflicted gunshot wound, police said.

The shooting occurred at a Kroger grocery store in Collierville, about 30 miles east of Memphis. Collierville police chief Dale Lane told a press conference: “This is the most horrific event to happen in Collierville history.”

“You know obviously it’s like every other community in the country, it’s horrific, we hate that it happened. but this is one of the most resilient communities in America,” he said.

Police, plus fire and rescue crews descended on the location and set up a perimeter after the first reports of an active shooter at 1.30 pm local time. Two medical helicopters touched down at the site and the nearby Collierville High School was put in lockdown.

Police from nearby Memphis arrived at the crime scene to assist local officers with securing the perimeter. While the shooter was deceased, active scenes remained as police searched the gunman’s car that remained in the parking lot.

Brignetta Dickerson was at a cash register and played dead when the gunman “started popping that gun,” hitting one man in the head. She said he could still talk.

Another employee Glenda McDonald said she ran out the front door after hearing shots fired from near the deli.

“Several people did get shot — some customers and employees,” she told told Fox 13. “The only thing I heard was the gunshots.”

One victim in surgery and one in ICU, police chief says in update on Collierville shooting

One victim is in surgery and another is in a local intensive care unit, Collierville police chief Dale Lane told reporters on Thursday in an evening press conference, likely the last official update on today’s mass shooting at a Kroger grocery store in Tennessee.

Two people died in the rampage—one victim, and the shooter, via a self-inflicted gun wound—and at least 14 others were injured. There are few other new details about the shooting which have been released.

Officials suggested there was likely just one shooter, according to witness testimony from the crime scene. Police haven’t said what type of weapon was used in the killing, or how many.

Chief Lane disproved a theory that had been circulating on social media that the shooter may have been hiding on the roof of the store. He told the assembled crowd that he personally was involved in rescuing the individual in question, who was a Kroger employee. Officials also said it appeared no children were harmed in the shooting.

As promised, police are giving more updates on their investigation into the shooting at a Collierville, Tennessee, Kroger grocery store which killed two people, including the shooter, and injured at leasts 14. A live feed of the press conference can be found below.

Today’s shooting in Collierville eerily echoes another shooting from earlier this year. In March, a gunman opened fire in a Boulder, Colorado, grocery store chain called King Soopers that’s owned by Kroger, killing 10 people before he was taken into custody. Here was our coverage of that shooting.

“We are deeply saddened by the incident that occurred at our Kroger store located on New Byhalia Rd. in Collierville, TN – a suburb of Memphis.

The entire Kroger family offers our thoughts, prayers and support to the individuals and families of the victims during this difficult time.

We are cooperating with local law enforcement, who have secured the store and parking lot. The store will remain closed while the police investigation continues, and we have initiated counselling services for our associates.

To protect the integrity of the ongoing investigation, we are referring questions to the Collierville Police Department.”

A survivor of the mass shooting at a grocery store in Collierville, Tennessee has described seeing her colleagues getting shot in the head and stomach.

The woman, who works at the store and was still wearing her blue Kroger apron, said: “One of my coworkers got shot in the head, and a customer got shot in the stomach and in the arm.

“I couldn’t see [how it happened] because I was ducking and he was on top of – everybody was covered.”

Tennessee become the latest state to allow most adults 21 and older carry handguns without first clearing a background check and training after governor Bill Lee signed the measure into law in April.

“I signed constitutional carry today because it shouldn’t be hard for law-abiding Tennesseans to exercise their (Second Amendment) rights,” said Lee, a Republican approaching his reelection campaign for 2022, in a tweet.

Lee initially proposed the National Rifle Association-backed legislation last year before the COVID-19 pandemic caused lawmakers to narrow their focus. He renewed that effort when lawmakers returned for this year’s legislative session, where the GOP-controlled General Assembly easily advanced the measure to his desk.

The measure applies to firearms that are concealed and ones that are openly carried.

Asked whether recent mass shootings in Georgia Colorado and others gave him any concern about timing, Lee has previously said the increased penalties mean that “we in fact will be strengthening laws that would help prevent gun crimes in the future.” Associated Press.

Images from the scene of the shooting

Jim Strickland, the mayor of Memphis, released the following statement:

“Our hearts go out to our neighbours in Collierville who are facing the pain of this tragic event in their community. I want to thank our police and fire departments who answered the call to assist. We pray for the victims and their families.”

Collierville town spokesperson Jennifer Casey updated the number of total injured to 14 and one killed, according to CNN.

Employees and customers played dead, hid in freezers or ran for the door as gunshots began

Brignetta Dickerson was at a cash register and played dead when the gunman “started popping that gun,” hitting one man in the head. She said he could still talk.

Another employee Glenda McDonald said she ran out the front door after hearing shots fired from near the deli.

“Several people did get shot — some customers and employees,” she told told Fox 13. “The only thing I heard was the gunshots.”

Collierville police chief Dale Lane said employees hid in freezers and locked offices, while an employee told broadcasters said she saw a man get shot in the stomach.