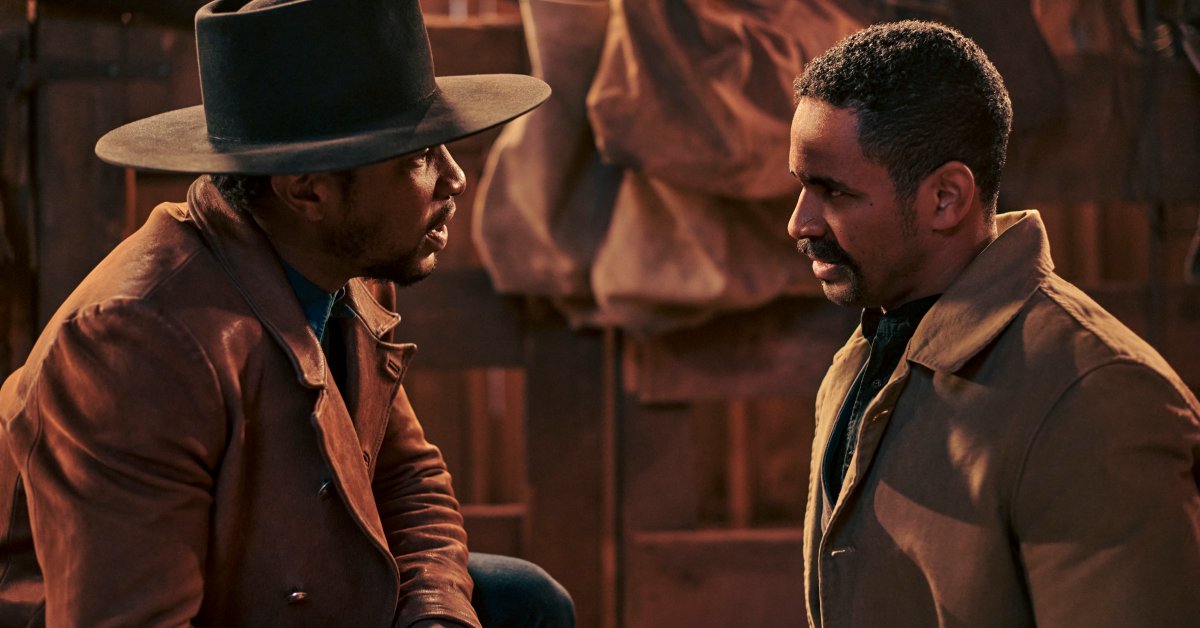 If looking cool were enough to make a movie great, the gritty-stylish revenge Western The Harder They Fall would be the best movie of the year. Everybody, and I mean everybody, looks cool in this thing: Jonathan Majors struts his stuff in a fawn-gold leather jacket as supple as silk. Idris Elba cuts a dashing figure even in workaday prison stripes. Regina King, her withering stare its own brand of don’t-mess-with me glamour, faces down a moving train decked out in an elegant military coat and cap—she’s so fiercely self-possessed you fear more for the poor locomotive than you do for her. Everybody has great hats; everybody, at one time or another, appears on horseback, and everyone looks at home there. If looks—and for that matter, intentions—were everything, The Harder They Fall would be the ultimate.
[time-brightcove not-tgx=”true”]

But even though the plot is simple at its core—rival gangs face off in the old West after a barbarous criminal is released from prison—it too often flies out of the control of director Jeymes Samuel, the writer, director, singer-songwriter and music producer also known as The Bullitt. The movie’s prologue sets up the action: A young boy suffers a traumatic tragedy, and we note, as he does, that one of the criminals has a scorpion tattooed on his hand. Fast-forward a dozen years or so, and that kid, Nat Love (Majors, from Lovecraft Country and Da 5 Bloods), is now grown and avenging the deed that destroyed his family. He has a girlfriend whom he has abandoned but still loves, Stagecoach Mary (Zazie Beetz)—when he returns to her, hat (almost) in hand, she takes him back, but not before laying down the ground rules. She agrees to join him in his quest to take down outlaw gunslinger Rufus Buck (Elba), who has his own loyal, formidable gang to protect him, including his gal, “Treacherous Trudy” Smith (King), and the wise and dignified Cherokee Bill (LaKeith Stanfield). Horses snorting and guns blazing, these dueling groups work through a blood feud where the lines between good guys and bad blur.

The Harder They Fall is fueled by Tarantino-style energy and grim wit, and if nothing else, it’s a spectacle—those glossy, muscular horses, and the gorgeous people riding them, are almost enough to carry a movie by themselves. But this picture works so hard at entertaining us that it strips its own gears; its churning style can’t quite keep the story going. Samuel is also working with so many characters here that not all are drawn as sharply as they might be.

In that sense, the movie’s big selling point—as that rare Western with a nearly all-Black cast—almost becomes a liability. Most of the characters here are drawn from real life. A title card at the beginning states, “While the events of this story are fictional…These. People. Existed.” The Harder They Fall not only introduces us to real human beings whose stories have gone largely untold; it also reclaims the Western genre, historically dominated by white stars like John Wayne and Clint Eastwood, for a new generation of extraordinary actors, period. There are almost too many compelling characters in The Harder They Fall to keep track of, chief among them the scrappy fighter who goes by the name Cuffee (played with flinty, kickboxer elegance by Danielle Deadwyler). Cuffee is modeled on Cathay Williams, the first Black woman to enlist in the United States Army (she did so by posing as a man), and her story is probably enough for a whole movie. The Harder They Fall makes some room for her, but perhaps not enough. It’s one thing to create great opportunities for gifted actors; the harder task is to make sure they’re more than a blur.