Titane Strives to Shock, But It’s Running on Empty 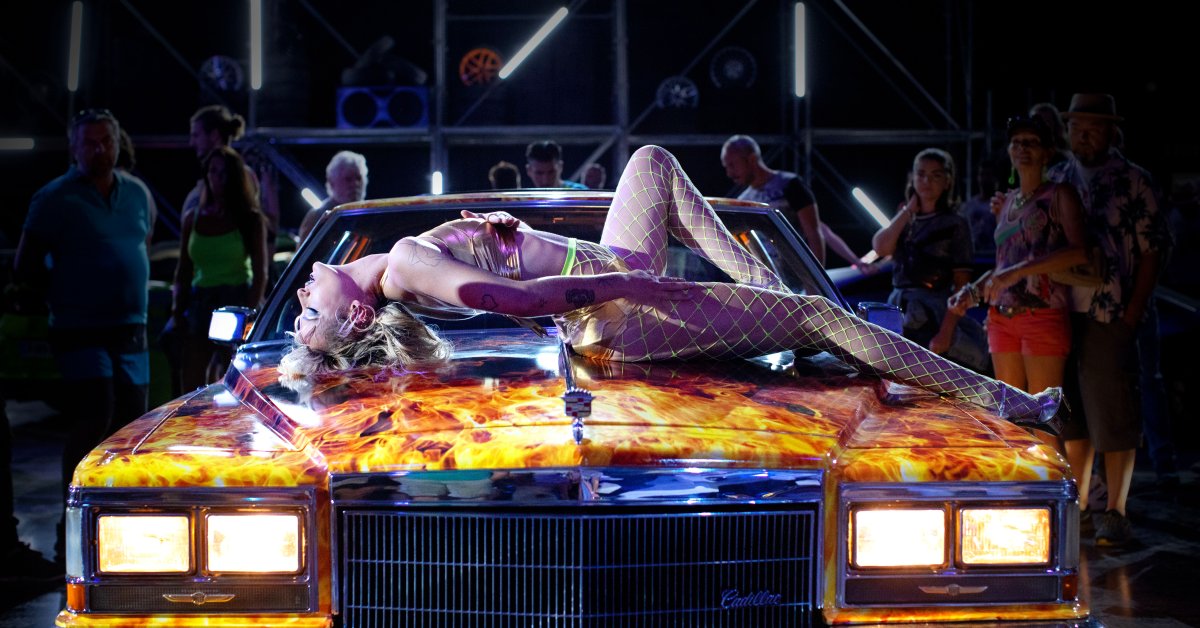 There’s a fine line between movies that are genuinely original and those that feel deliberately orchestrated to shock and repel us in a winking, self-congratulatory way. French filmmaker Julia Ducournau’s alleged film scandale, Titane, in which a sullen young woman has sex with a car and finds herself pregnant, won the Palme d’Or, the top prize at Cannes, in July. And even if you have little interest in explorations of body horror, you have every reason to wonder, how, exactly, does this sort of thing work? You might think it involves pistons, or at the very least the seductive feel of rich Corinthian leather.
[time-brightcove not-tgx=”true”]

But Ducournau leaves that a mystery. This not-so-immaculate conception is just something that happens, as much a surprise to the movie’s perpetually disgruntled heroine, Alexia (Agathe Rousselle), as it is to us. Alexia, as we’re shown at the movie’s beginning, suffered a car accident as a child—her skull needed to be rebuilt, and her brain seems to have become miswired, too. Supposedly, her messed-up head predisposes her to care more for vehicles than for people—her romantic encounters with humans end in bloody stabbings and bludgeonings, eventually spiraling into an outright massacre. Then the movie shifts: Alexia’s story becomes entwined with that of a grieving father, fire captain Vincent (Vincent Lindon), who for more than a decade has longed for the return of his lost son. Lindon, a marvelous actor, radiates tenderness. His eyes hold reservoirs of sorrow deep enough to swim in, and he’s also what saves the movie—at least partially—from its floundering, false transgressiveness.

Because Titane is a horror fantasy, nothing in it needs to be believable. But it all feels like an overworked in-joke, a bait-and-switch story whose hard-right swerve into conventionality is probably intended to be its most shocking element. Ducournau—whose previous film, the 2016 Raw, detailed the exploits of a cannibalistic veterinary student—works hard to titillate us in the movie’s first hour or so, spreading out a buffet of gruesome, deadpan violence for our delectation. But Lindon aside, this surly, swaggering exercise is running on empty. Rousselle stalks through the movie like an automaton; even if her assertive blankness is intentional, she has all the appeal of pitted chrome. Titane only makes you think it’s revving you up—until you realize there’s nothing going on beneath the hood.

Sign up for More to the Story, TIME’s weekly entertainment newsletter, to get the context you need for the pop culture you love.

0 comments on “Titane Strives to Shock, But It’s Running on Empty”