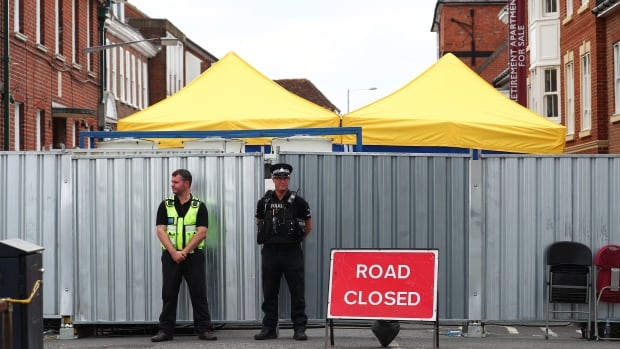 A coroner presiding over an inquest into the death of British woman poisoned by a Soviet-developed nerve agent after a similar attack targeting a Russian ex-spy said Wednesday that she wants the probe to be turned into a public inquiry so she can examine Russia’s possible involvement.

Unlike an inquest, British law allows a public inquiry to consider sensitive intelligence material during partly closed hearings. The inquiry that coroner Heather Hallett requested in order to consider any role played by the Russian government in the 2018 death of Dawn Sturgess would be unlikely to start before 2023.

Sturgess, 44, and her partner collapsed in the southwest England town of Amesbury after coming into contact with a small perfume bottle containing Novichok, a military grade nerve agent.

The pair were exposed three months after Russian ex-spy Sergei Skripal and his daughter, Yulia, were sickened in a Novichok attack in the nearby city of Salisbury.

Adam Straw, a lawyer representing Sturgess’ family and her partner, Charlie Rowley, said the “overriding concern is to ensure the truth of how Ms. Sturgess died is established.”

“No family should wait five and a half years to find out how someone died,” he said.

Britain’s government on Tuesday named and charged a third Russian suspect in the Novichok poisonings.

It alleges that three men working for Russia’s military intelligence service travelled to the U.K. for a mission targeting the Skripals before flying back to Moscow. Russia vehemently denies the allegations.

Rowley told authorities he found the perfume bottle containing traces of the nerve agent in a trash bin.

Britain has acknowledged that extradition requests for the three suspects would be futile and they cannot be brought to trial as long as they remain in Russia.

While there is almost no chance of a criminal trial, lawyers believe a public inquiry is the best way to find out what happened.

The Skripals became seriously ill after Novichok was smeared on Sergei Skripal’s door handle in March 2018, but the father and daughter survived.

Sturgess died in July that year after she and Rowley came into contact with the discarded perfume bottle the month before. Rowley later recovered.

Police said they could not account for the whereabouts of the perfume bottle between the attack on the Skripals and when Rowley said he found it three months later.

Cathryn McGahey, a lawyer representing the British government, said she hoped authorities will make a decision about the public hearing by the end of the year.