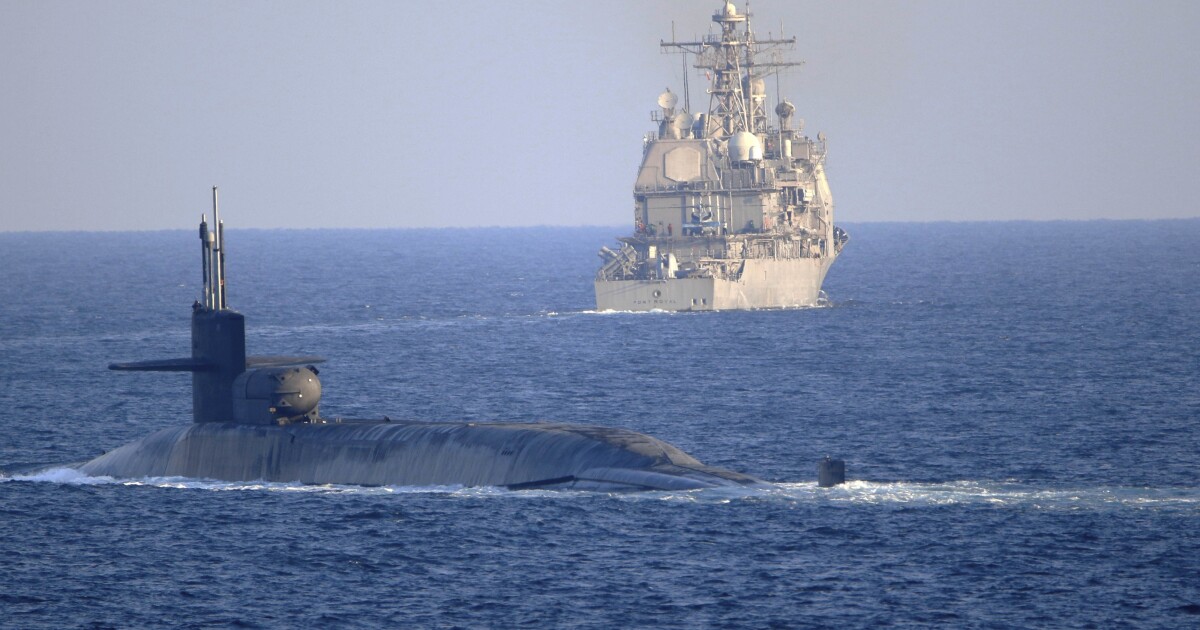 The United States will arm Australia with nuclear submarine technology as part of a new defense partnership being announced Wednesday, one of many steps that President Biden is taking to strengthen alliances as a bulwark against China.

The agreement includes the United Kingdom, and it will also involve closer cooperation on cybersecurity and artificial intelligence. The centerpiece, however, is the decision to make Australia one of a handful of nations to field submarines powered by nuclear reactors.

The agreement — known as AUKUS, an acronym of the three countries’ names — does not give Australia nuclear weapons. But the technology will enable the country’s submarines to travel farther and more quietly, increasing their capabilities in a region where tensions with China are on the rise.

Naval disputes are already common in the South China Sea, which Beijing has claimed as part of its territorial waters, and Taiwan has raised alarms about Chinese aggression toward the island nation. Adding to the combustible mix, North Korea and South Korea conducted ballistic missile tests this week as diplomatic talks involving the two countries remained stalled.

A senior administration official, who requested anonymity to discuss details of the partnership with Australia before the official announcement, said it reflected the White House’s “determination to build stronger partnerships to sustain peace and stability across the Indo-Pacific region.”

The official stressed that “this partnership is not aimed or about any one country,” but the announcement comes against the unmistakable backdrop of Biden’s sweeping efforts to confront China’s expanding economic and military ambitions.

In addition to AUKUS, the president has emphasized regional collaborations such as the Quad, which includes the U.S., Australia, India and Japan. Biden plans to host a summit with those countries’ leaders at the White House next week.

China has bristled at American partnerships that could serve as a counterweight to its influence.

“Forming closed and exclusive ‘cliques’ targeting other countries runs counter to the trend of the times and deviates from the expectation of regional countries,” said Zhao Lijian, a spokesman for the Ministry of Foreign Affairs, earlier this week. “It thus wins no support and is doomed to fail.”

Australia currently has six aging submarines with diesel engines, and it was under contract to buy a dozen new ones from France. Now Australia plans to scrap that project, which was plagued by cost overruns, in favor of working with the U.S. and U.K. to develop a nuclear fleet.

Jeffrey Lewis, a professor of the Middlebury Institute of International Studies, expressed surprise that the U.S. was sharing such sensitive technology and that Australia would pursue such expensive military hardware.

“For a country with a relatively small defense budget like Australia,” he said, “the important question isn’t what the submarine can do but what you’re giving up in terms of opportunity cost.”

It’s unclear how many submarines will be built and how quickly Australia could begin operating them. Their development will take years, and it will be a challenging undertaking. Even though Australia is one of the world’s leading producers of uranium, it has never operated nuclear power plants.

The only other time the U.S. has shared nuclear submarine capabilities with another country is when it assisted the U.K. with its own submarines in 1958.

The senior administration official described the technology as “extremely sensitive” and said the White House viewed the agreement with Australia “as a one-off” exception.

Australia would be the first country without nuclear weapons to have nuclear-powered submarines, a decision that some analysts said raised concerns about nonproliferation. Other nations may try to follow in its footsteps by enriching uranium for naval reactors, which means there would be more avenues to creating material needed for nuclear bombs.

“In the cost benefit analysis, the risks to the nonproliferation regime are very large,” said James Acton, the co-director of the nuclear policy program at the Carnegie Endowment for International Peace. “I would find it hard to believe that the benefits to Australia and the U.S. and anyone else outweigh the risks.”

0 comments on “U.S. will share nuclear submarine technology with Australia”