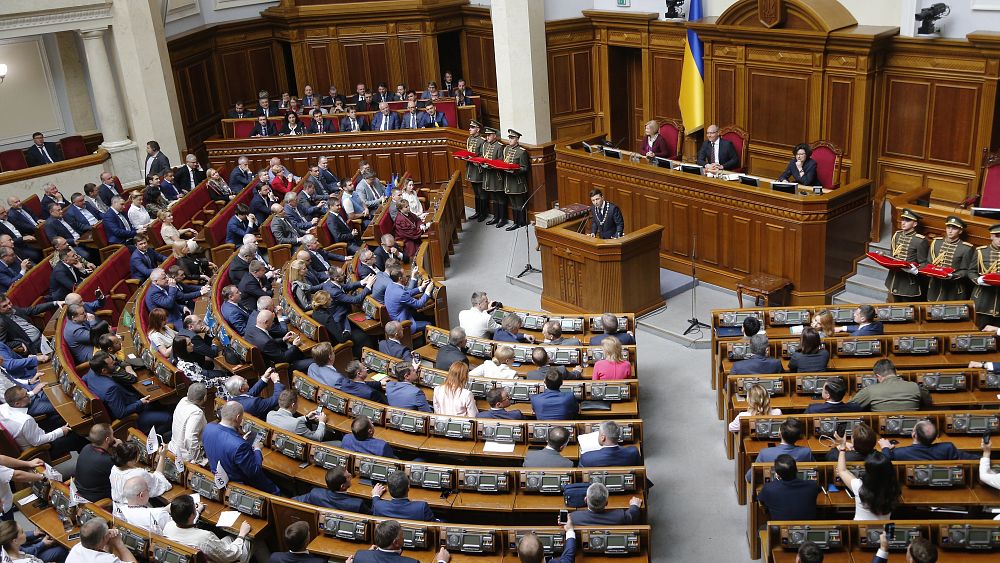 Ukraine”s parliament has adopted a law defining and banning the concept of antisemitism.

The new legislation aims to “counteract and prevent anti-Semitism and its manifestations in Ukraine,” a statement released on Wednesday read.

Any hate speech directed at Jews, their property, religious buildings, or communities will be prohibited.

The law also defines new punishments for antisemitism and allows victims to claim compensation for material and moral damage.

The draft bill was passed on Wednesday in the final reading by 283 votes in the 450-seat Verkhovna Rada, Ukraine’s parliament.

It will now be signed by President Volodymyr Zelenskyy before it comes into effect.

Zelenskyy, who is of Jewish descent, has stated that he lost relatives in the Holocaust during the Second World War.

An estimated 0.2% of Ukraine’s population of 41 million people is Jewish.

This month Ukraine is set to mark the 80th anniversary of the Babyn Yar massacre, when 34,000 Jewish citizens were shot dead near Kyiv in September 1941.