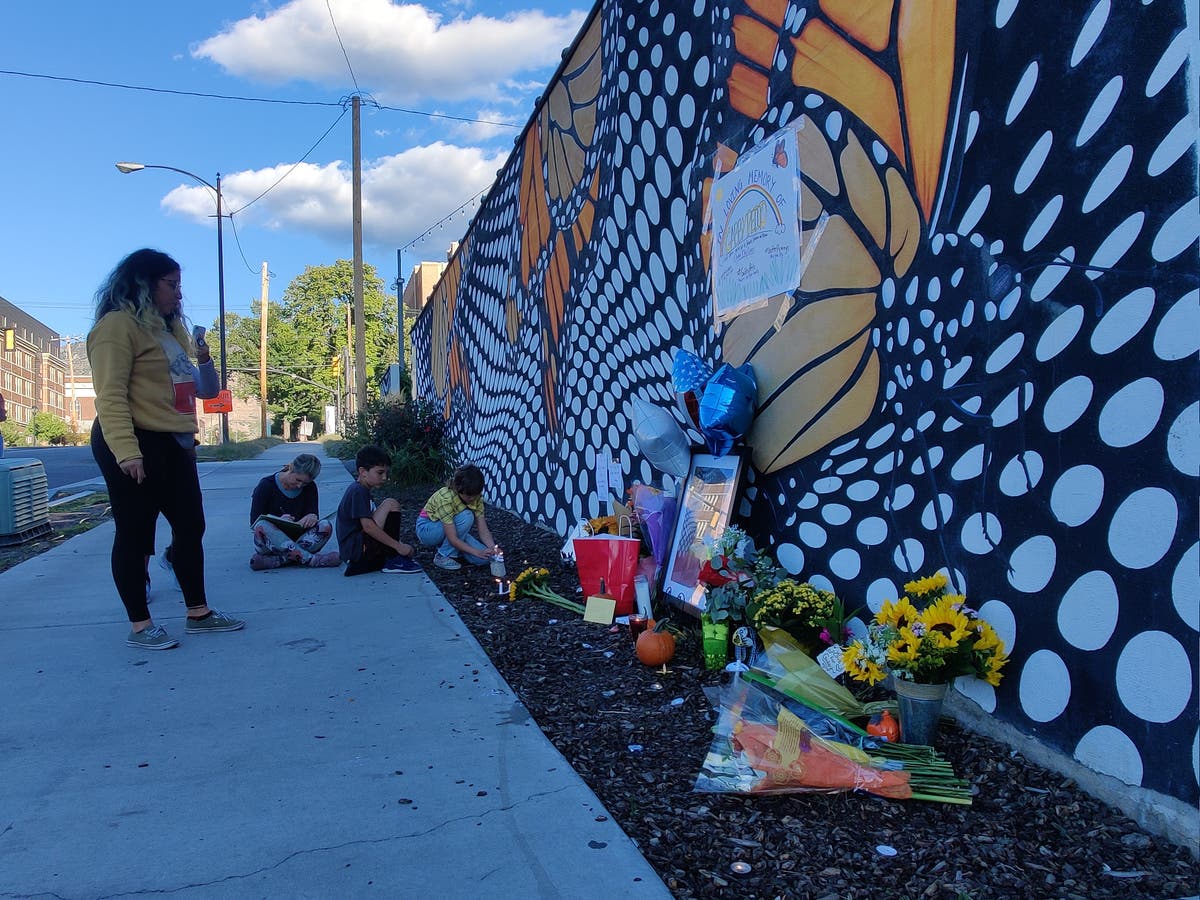 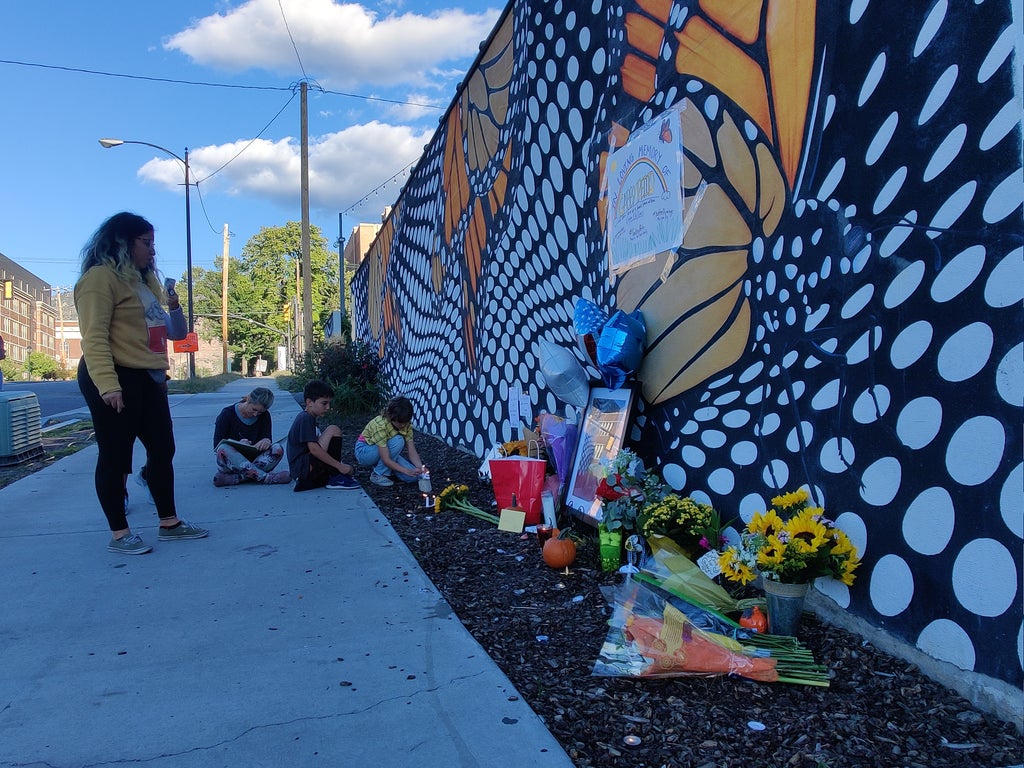 A memorial site has been set up for Gabby Petito outside The Monarch, a restaurant and art collaborative space in Ogden, Utah, where she posted her last Instagram photo.

The photo of Gabby, which was shared widely across social media, showed Ms Petito smiling broadly in the sunshine as she stood in front of the distinctive mural of an orange Monarch butterfly on a black and white background.

Ms Petito, a 22-year-old van life blogger, went missing while on a road trip with her fiancé. Her remains were later discovered on the edge of the Grand Teton National Park, and her death ruled a homicide by a coroner.

Brian Laundrie, her fiancé and a “person of interest” in the case, has since also disappeared, leaving many unanswered questions as a major hunt for him continues.

The Utah artwork became an impromptu memorial to Gabby Petito when Ogden residents Jack McMahon, Seth Schilling and Jenna Burdess decided to honour her memory with a gathering there on Monday night.

Explaining the motivation behind the tribute, Jake McMahon wrote in a Facebook post that although Ms Petito wasn’t from Utah, she was a “human being who saw the beauty of Utah/Ogden from all the way in Florida. If she can show Utah some love, we can show her some love and come together with one another in her memory”.

Mr McMahon continues to take care of the site and told The Independent that there’s still a steady stream of people visiting daily to pay their respects and leave tributes.

“In order to make sure nothing gets stolen or damaged, I take home the gifts and cards each night around 8pm and I bring them back each morning around 8am. Morning, afternoon and night, people have been there each time I’ve been there.”

He says he’s seen more than 100 people at the mural, and so far, everyone who has visited has been very positive and respectful.

“We have some books that each person can write a message to Gabby or her loved ones (we’ll be sending these to her family afterward), and the messages they write have been so heartwarming,” he said.

Mr McMahon added that some people have got in touch about other missing persons, and he agrees that more attention should be paid to those cases as well. “I think this is motivating people to do more about other cases, which is the bigger picture here,” he said.

“I agree that other/similar cases should get more exposure too, which is why I’ve been so humbled to see the number of “missing person” posts being shared on my social media pages nearly quadruple overnight.

“Yes, we’re focusing on Gabby right now, but this has made everyone realize that this isn’t a rare case, and similar things happen quite often whether we realise it or not.

“It’s obvious to many that Gabby was a beautiful soul who would light up a room, and she didn’t deserve this fate whatsoever,” Mr McMahon said, adding that he thought Gabby’s case has struck a particular chord with people who understood the pressure to present relationships in an idealised way on the Internet.

“I think this case is more heartbreaking to people because of the stigma of wanting to seem “perfect” on social media, especially in a relationship. I think it’s common nature to portray something a certain way online, but when the context of the tragedy kind of contradicts that picture that was being painted online, it brings eyes to the situation. I just feel as though Gabby was a beautiful soul who was still finding her way in this world, even without knowing her personally.”

Mr McMahon said he thought it was fitting that Ms Petito had posed in front of a Monarch butterfly in her last photo, as “she was somewhat of a migrant butterfly herself! I thought the metaphor was beautiful,” he said.