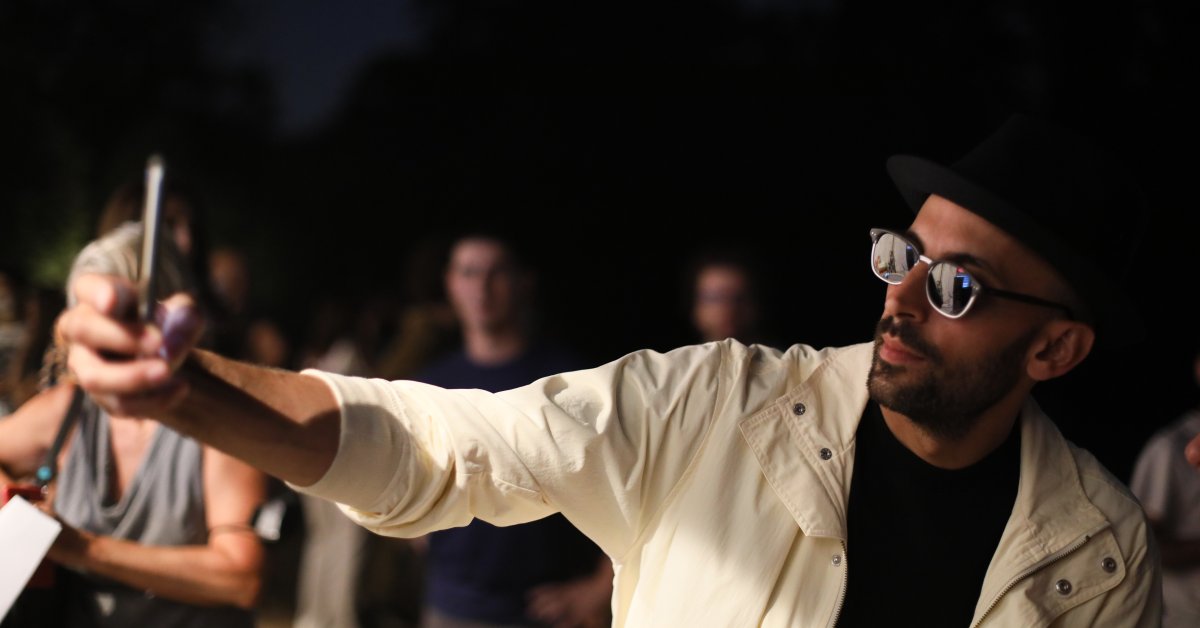 The enigmatic photographer and street artist JR has captured thousands of subjects over the decades with deep empathy and creativity, using his camera to magnify those most often ignored or scapegoated. His underground fame was catapulted into the mainstream in part thanks to his 2017 Oscar-nominated documentary film Faces Places, a collaboration with the legendary late French filmmaker Agnès Varda; in that film, the pair tramped around rural France, taking portraits and pasting giant versions of them across unconventional canvases like buildings.

For his next film, Paper & Glue, JR culls from decades of footage for a project that roves far beyond France’s borders. He connects to people inside the favelas of Rio de Janeiro and in a maximum-security prison in Tehachapi, California; he pastes a portrait of a giant toddler peeking over the U.S.-Mexico wall, creating excitement and curiosity on both sides.

“Paper & Glue is a film that challenges viewers’ perceptions by lifting the voices of people and places that are often overlooked,” JR wrote in an email to TIME. “I hope this film further uplifts the essentiality of art and the potential it holds to reshape even our most ingrained beliefs.”

Paper & Glue, which has already made the festival circuit, is out in theaters Nov. 12 and will air on MSNBC in January 2022 before streaming on Peacock. The film was created in conjunction with TIME Studios. (JR has also done several collaborations with TIME Magazine, including creating the interactive cover for the magazine’s “Guns in America” issue.) You can check out the trailer below.