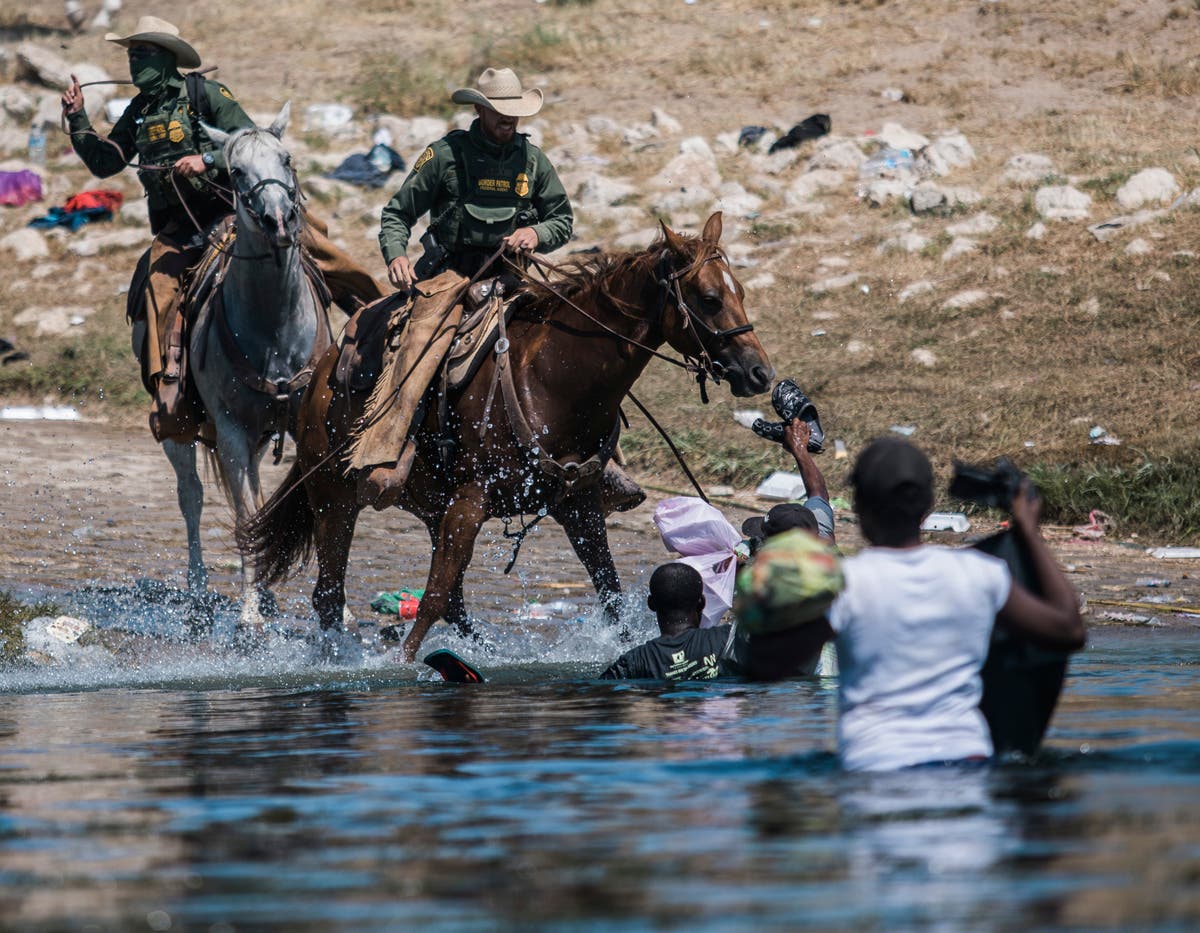 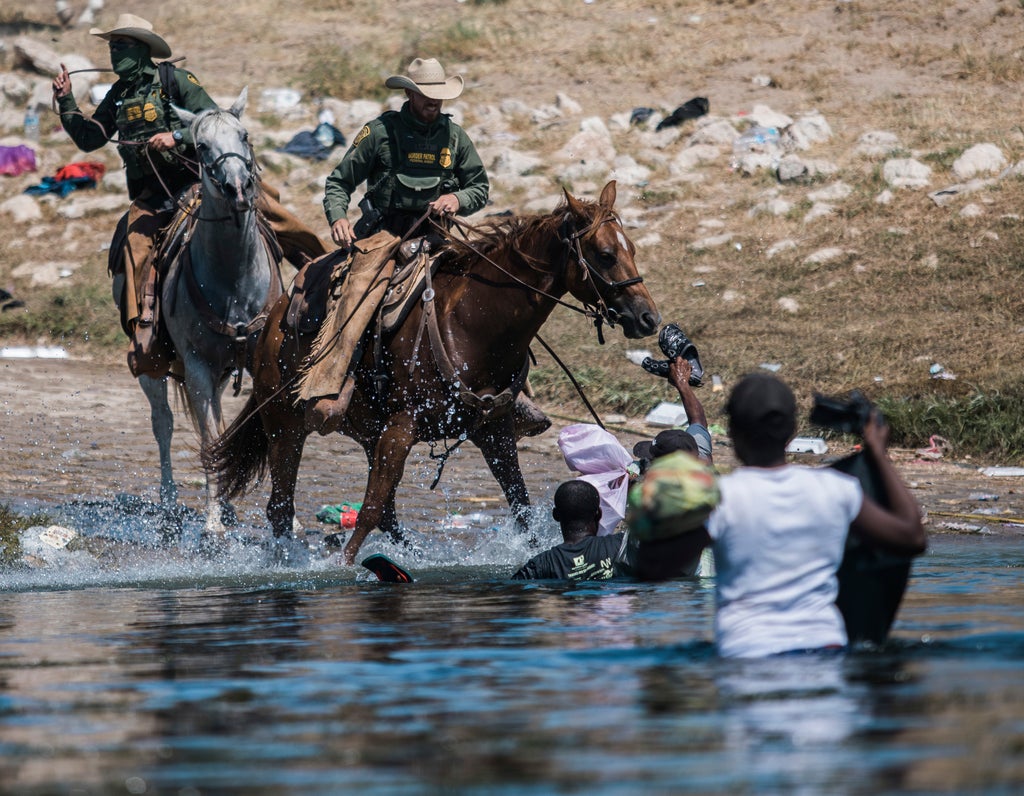 The White House confirmed on Thursday that US Customs and Border Protection (CBP) had ceased the practice of riding on horseback in the Del Rio, Texas area where more than 12,000 Haitian migrants are camped out seeking asylum in the US.

Press secretary Jen Psaki said at a news briefing that Homeland Security “secretary [Alejandro Mayorkas] conveyed to civil rights leaders this morning that we would no longer be using horses in Del Rio”.

Her comments come after a storm of criticism aimed at the Biden administration regarding the treatment of migrants in Del Rio, where images of desperate migrants in waist-deep water, most of whom were Black, being confronted by mostly white agents on horses swinging their reins like whips and attempting to grab individuals from horseback shocked many on social media.

The White House and Department of Homeland Security have announced an investigation into the images, including into the accusations that CBP agents were using the reins of their horses as whips against migrants.

The situation reveals the murky ground currently being tread by immigrants seeking to enter the US; while the more than 10,000 migrants camped in Del Rio did not enter at an official point of entry, the migrants have remained in the area and attempted to go through the legal process for claiming asylum rather than remain undocumented. Migrants seeking asylum in the US must do so at the US border; it cannot be started while migrants remain in their home countries.

Progressive Democrats have been fighting for a pathway to citizenship for undocumented immigrants to be included in the infrastructure reconciliation bill set to be voted on Monday, but it remains unclear whether that will actually make it in the legislation. Currently, there is no way for undocumented immigrants to apply for full citizenship after entering the country illegally, even if they did so as children.

The situation at Del Rio is particularly politically tumultuous as Haiti, where most of the migrants originated, has been beset by two major natural disasters and the assassination of its president in recent months leaving the island nation devastated physically and beset by violence.

The Biden administration is currently planning to expel most if not all of the more than 10,000 Haitian migrants gathered in Del Rio, according to an announcement on Saturday. If completed in full, the effort would be one of the largest mass expulsions in US history.