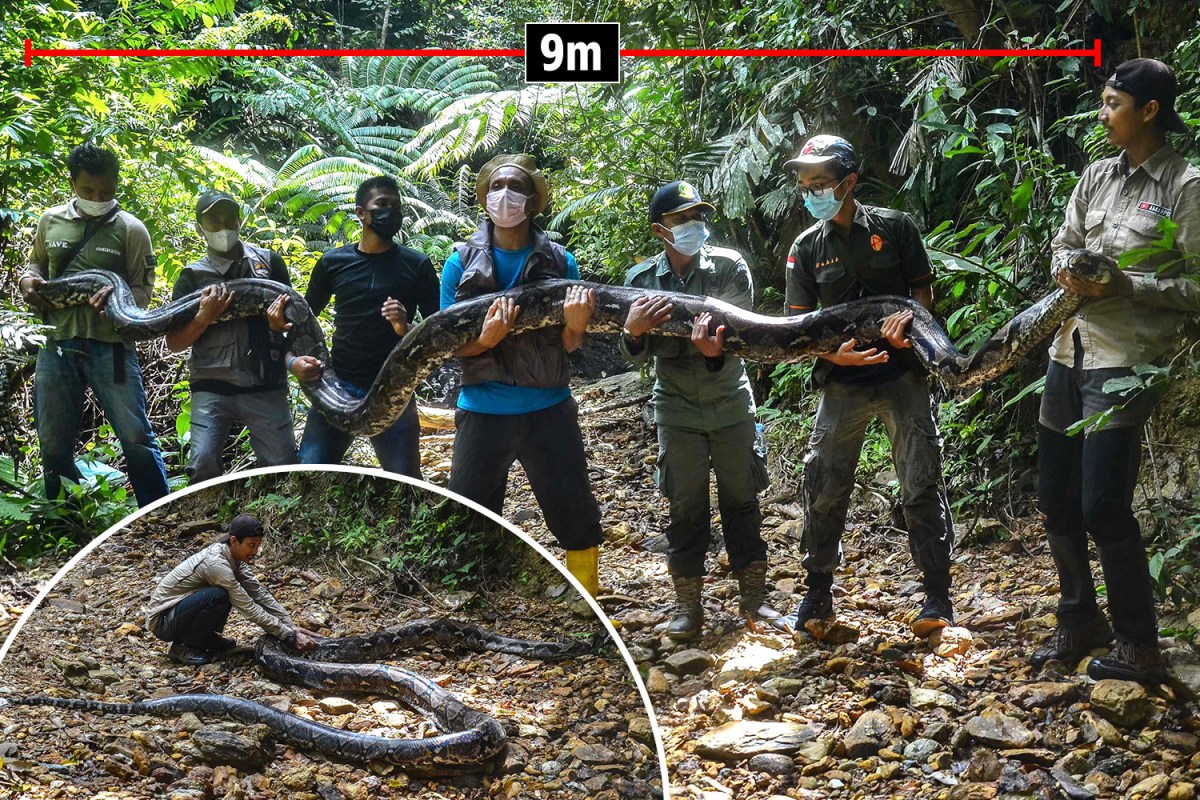 They incapacitated the 9m-long man-eating snake after it slithered into a village.

The dozy reptile was then transported from Kampar, Indonesia, before being released into a jungle in Pelalawan.

It was bigger than the 23ft (7m) python that swallowed a woman in Indonesia in 2018.