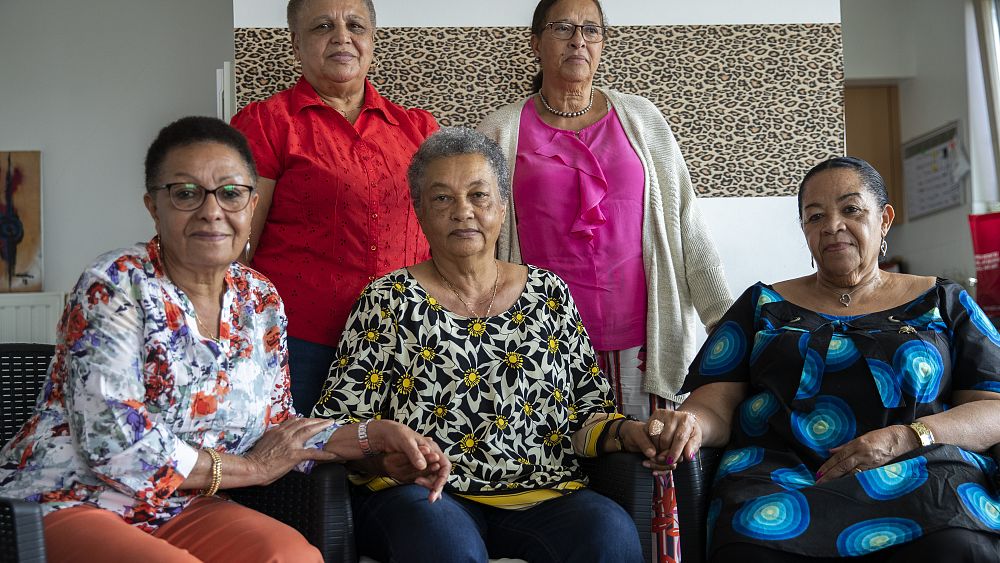 Five biracial women born in the Democratic Republic of Congo when the country was under Belgian rule who were taken away from their black mothers and separated from their African roots are suing the Belgian state for crimes against humanity.

Lea Tavares Mujinga, Monique Bintu Bingi, Noelle Verbeken, Simone Ngalula and Marie-Jose Loshi hope Belgium will finally recognise its responsibility in the suffering endured by the thousands of mixed-race children, known as “metis,″ who were snatched away from families and placed in religious institutions and homes by Belgian authorities that ruled over the area from 1908 to 1960.

Their case is being examined on Thursday by a Brussels court.

The five women, all born between 1945 and 1950, filed their lawsuit last year amid growing demands that Belgium reassesses its colonial past.

In the wake of protests against racial inequality in the United States, several statues of former King Leopold II, who is blamed for the deaths of millions of Africans during Belgium’s colonial rule, have been vandalised in Belgium, and some have been removed.

In 2019, the Belgian government apologised for the state’s role in taking thousands of babies from their African mothers. And for the first time in the country’s history, a reigning king expressed regret last year for the violence carried out by the former colonial power.

The women’s lawyers said they were aged between two and four when they were taken away at the request of the Belgian colonial administration, in cooperation with the local Catholic church authorities.

According to legal documents, in all five cases the fathers did not exercise parental authority and the Belgian administration threatened the children’s Congolese families with reprisals if they refused to let them go.

The children were placed at a religious mission in Katende, in the province of Kasai, with the Sisters of Saint Vincent de Paul. There, they lived with some 20 other mixed-race girls and Indigenous orphans in very hard conditions.

According to the lawyer, the Belgian state’s strategy aimed at preventing interracial unions and isolating métis children, known as the “children of shame,” to make sure they would not claim a link with Belgium later in their lives.

After independence, the legal documents claim that the children were left abandoned by both the State and the Church, and that some of them were sexually molested by militia fighters. The women have requested compensation of €50,000 each.

“This is not for the money,” lawyer Michelle Hirsch said. “We want a law that can apply to all so that the Belgian State recognises the crimes committed and the suffering endured by métis children.”